Hello world, this is a section of the internet where I give my plebeian predictions of the next episode of the Survivor season, based on the trailers and whatever sneak previews we get for the week. With Tyson back from the Edge of Extinction and Wendell booted at the merge, we’re left with 11 players at this midpoint of the game.

The preview trailer for the week is a rather fast-paced barrage of scenes. It starts with Nick telling Tony that “everybody’s coming after me,” before Tony has a confrontation of sorts with Ben. Tony then questions Jeremy with a “who told you that,” and Jeremy dismissively replies with a laugh as Michele watches. This set of Tony scenes is pretty difficult to piece together but have an overall effect signalling the return of Chaos Tony (I’m borrowing Chaos Kass’ title here) in the coming week, after a couple of episodes of a relatively mellowed Tony.

Next, Adam is seen assuring Ben that “it doesn’t matter,” receiving a biting reply: “it matters to me.” The antagonism between these two new-school players has stretched over a few episodes already, and I really hope it amounts to something soon. After this, we have a short scene of Sarah and Kim strategising, and finally, Michele calling some or all of her fellow tribemates “dingbats.”

In general, I’m not taking this preview trailer too seriously because of the overall comical soundscape. Instead of reading too much into each exchange, I believe the more important take away is the general idea of chaos and anxious revelry we can expect in the coming episode. And I’m guessing it’ll be largely due to Tony’s antics around camp.

The NTOS trailer highlights Nick telling Adam and Michele his plans to take out the people who double-crossed him. Since only he and Michele voted on the wrong side of the numbers during the last Tribal Council, this could mean quite a number of people. Nick then names Sarah as his next target to vote out. We immediately cut to a confessional from Sarah, clearly cognizant of Nick’s plans and proclaiming that he’ll pay for wanting to send her to the Edge of Extinction. 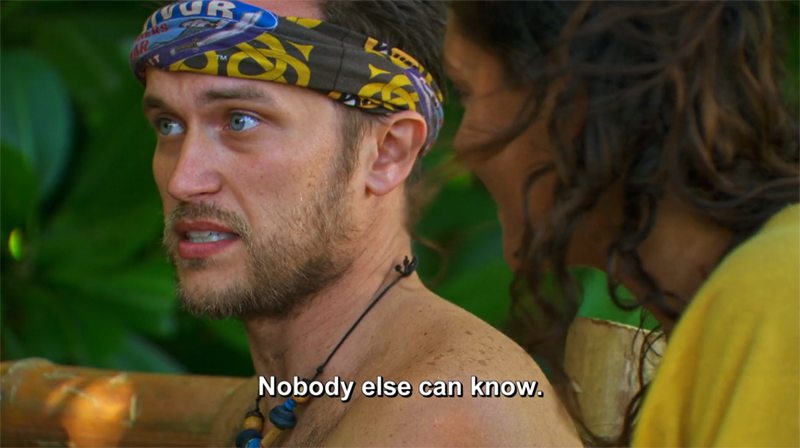 The next shot shows Sarah strategising with Sophie putting a plan into motion—at this point, these two are inseparable—and then cuts to a highly exaggerated Adam revealing “he’s playing with so much fire… I hope it doesn’t burn him!”. Here, I feel like he’s referring to Nick, who perhaps wants to pull off a big move (possibly after finding an advantage on the merge beach?) to get out a big threat like Sarah.

Finally, let’s break down the episode description: there are two parts I find most key—the “chaotic Tribal,” and that a “kind gesture could paint a target on someone’s back.” My prediction is that the pre-Tribal plans make Jeremy feel unsafe. Even though he has the trust of the self-proclaimed “big threats” alliance of himself, Ben, Tyson, and Tony, I feel like Tony’s tricks may make him feel the need to play his advantage and leave Tribal before the vote, thereby stirring the rest of the players into a frenzy. Although, I do think that this four-person alliance will see its members through for at least a few more episodes before it implodes. 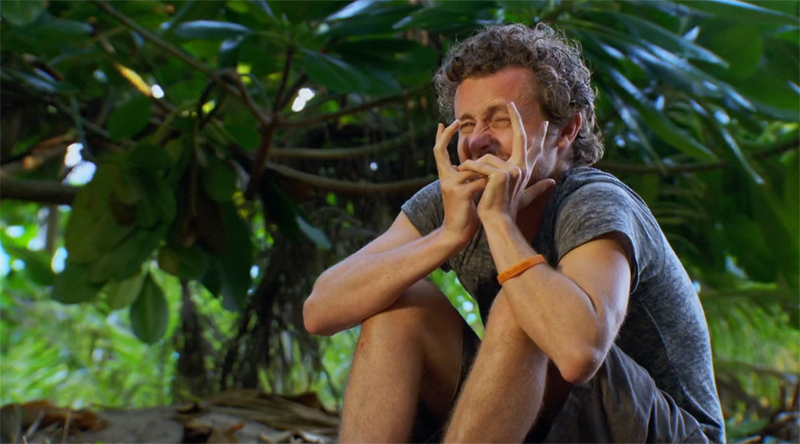 My interpretation of the second episode description quote is that whoever revealed Nick’s plans to vote out Sarah to her will, unfortunately, get voted out as semi-collateral damage of the chaotic Tribal. If Tribal does turn out to be a disorderly mess, and perhaps even one of Probst’s favourite “live Tribals,” I can see the majority of players voting either Adam or Michele as a safe vote. The former because I think everyone believes he is playing all sides, and the latter because she’s in the minority without many close bonds with the remaining players.

Right now, I’m leaning towards Adam being voted out and joining Wendell on the Edge of Extinction as the second post-merge boot of the season.

Leave a comment letting me know what your predictions are for the upcoming episode of Survivor: Winners at War!

3 responses to “Next Time On Survivor – Episode 9”

Survivor Around The World - Philippines

Best Episode Rankings - No. 1 - "Going Down In Flames"

Other TV17 Apr 2021
Previous
« Episode 8 – The Edit Bay
Next
The Dice Have Spoken – The Dungeons & Dragons Classes of Survivor: Winners At War »