Former Survivor: Cagayan contestant Woo Hwang has become the seventh castaway to be voted out of Survivor: Cambodia – Second Chance.

The 31-year-old Martial Arts Instructor was eliminated after the second tribe swap of the season. Woo ended up back on his original starting tribe, Ta Keo. The new Ta Keo tribe lost the immunity challenge and had to attend Tribal Council. The vote came down to Woo versus Spencer, with Woo receiving four votes from Abi-Maria, Ciera, Kass, and Spencer. Spencer received three votes from Andrew Savage, Kelly, and Woo.

Woo originally finished in 2nd place (out of 18) in Cagayan, lasting all 39 days in the game. He becomes the first Cagayan casualty in Cambodia; his fellow former cast-members Kass, Spencer, and Tasha remain in the game. Woo explained in his post-Tribal Council confessional that while it was a tough way to leave the game he was stoked to a part of the Survivor family. 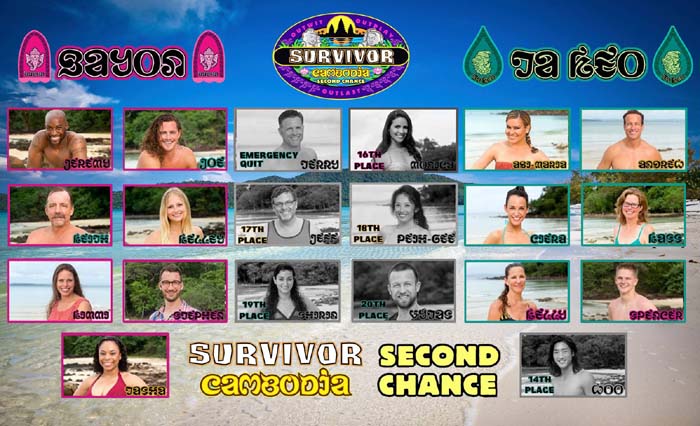