Former Worlds Apart contestant Shirin Oskooi has become the second castaway to be voted out of Survivor: Cambodia – Second Chance.

The Yahoo Executive was eliminated after the Ta Keo tribe lost their second immunity challenge in a row and had to once again attend Tribal Council. After Jeff Varner flipped back to the old school alliance, bringing Peih-Gee and Kelley Wentworth with him, Shirin and Spencer found themselves on the outs. She received votes from Jeff, Kelly Wiglesworth, Peih-Gee, Spencer, and Woo. Spencer received four votes from Abi-Maria, Kelley Wentworth, Shirin and Terry.

Shirin originally finished in 8th place (out of 18) in Worlds Apart, lasting 29 days on the island. Her 19th place finish in Cambodia means the Worlds Apart representatives are now down to just one member – with Joe Anglim still active on the Bayon tribe.

Shirin explained in her post-Tribal Council confessional that she felt like she didn’t take full advantage of her second chance and didn’t make the changes she needed to. 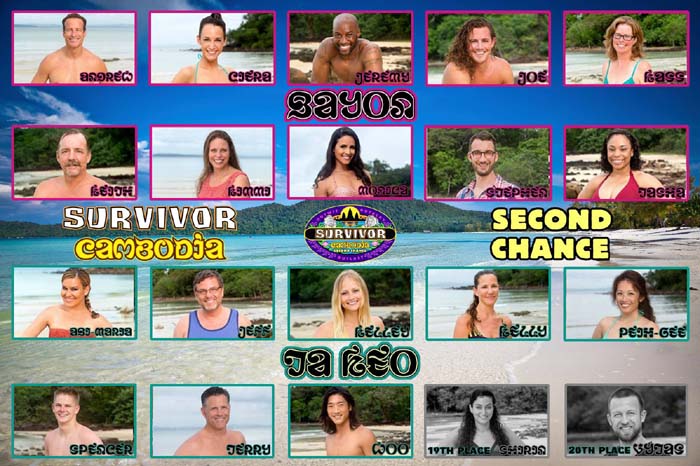 Who Should Host Survivor UK?