Jeff Probst revealed that he quit Survivor in 2009, some time after the 17th season of the show, Survivor: Gabon, claiming it was the “low point” in his tenure as the popular reality show’s host.

This news was first divulged today in an article published by the New York Times about Survivor and how it has remained a ratings stalwart for CBS. The article mentions how once again Survivor received the best ratings for the night between 8 pm – 9 pm for its premiere episode of Survivor: Cambodia – Second Chance last week. It has also remained strong in the 18-to-49-year-old demographic, which is a key demographic for advertisers. 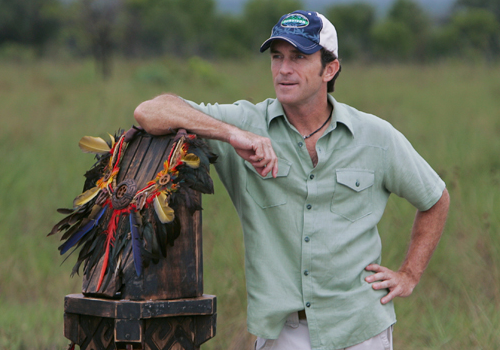 The article goes on to reveal that Probst was “burned out” with the show after Survivor: Gabon and in 2009 informed CBS president Les Moonves of his desire to quit:

“…he said the low point was Gabon, which was broadcast in 2008. He said he felt burned out and was also a little self-conscious about being known as the “Survivor” guy. “My Achilles’ heel for a lot of my life was that nobody saw me as a storyteller, that they saw me as a white guy with dark hair who was just a game show host,” Mr. Probst said. The frustration and exhaustion were enough that in 2009, Mr. Probst went to Mr. Moonves and quit, he said.”

This isn’t the first time we have heard about Jeff Probst being done with Survivor. It was reported back in 2008 that Survivor itself was close to being canceled after the 16th season due to the poor ratings and general disdain for the 2007 season Survivor: Fiji. Probst himself claimed that if the show made it to 20 seasons that that would definitely be the end: “We could hit 20 seasons! That would be the end. I can tell you if we hit season 20, that would be it.” But Survivor continues to go strong with Probst at the helm, and it could be to do with what Les Moonves told him:

“Mr. Moonves told him to take a break, and Mr. Probst took a few months off, returning to the show re-energized. Some changes were made to the production team, he said, and then he focused squarely on the show’s success formula: serving the loyal audience and not worrying about doing more than that.”

The NY Times article doesn’t go into great detail about these changes to production. As pointed out by Andy Denhart, it wasn’t long after this point that Probst went from executive producer and host to the series’ showrunner – giving him more control and fulfilling his desire to be a “storyteller”.

Probst has recently shared a new found enthusiasm and passion for Survivor, and the show itself seems to be going through somewhat of a creative renewal. The second episode of Survivor: Cambodia – Second Chance airs tonight at 8 pm on CBS.