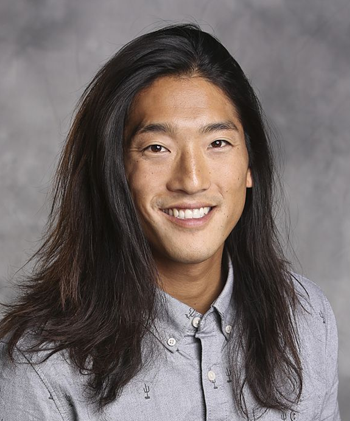 What happened in his previous season: Woo Hwang started Cagayan on the Aparri “Brawn” tribe, along with eventual winner Tony. Aparri dominated at the beginning, winning Rewards and Immunities. Woo’s laid back and friendly personality allowed him to bond with almost everyone on his tribe. At the tribe swap, he was placed on the new Solana tribe along with the other Brawn members (minus Sarah). Woo, Cliff and Lindsey grew close, but Tony had some tricks up his sleeve. Cliff was blindsided at the next Tribal Council, and Lindsey quit soon after, leaving Woo all by himself.

The tribes merged, and Woo won the first individual Immunity challenge of the season. With Kass flipping to vote out Sarah, Woo was suddenly back in the majority. During a Reward challenge, Spencer received a clue to the Hidden Immunity Idol and started looking for it when he got back to camp. Woo figured something was up and activated his “ninja stealth mode” to catch Spencer in the act. Spencer found the idol, despite Woo reading the clue aloud to the rest of the tribe. Throughout the post-merge, Woo was approached many times to flip on Tony, but his honorable martial arts way of life always prevailed. This ended up coming back to haunt Woo, as he chose Tony to sit with him at the Final Tribal Council, over Kass (the goat), due to his undying loyalty to Tony. Woo only received Tasha’s vote and became the runner-up of Cagayan.

What to expect from him this season: Woo is kind of a wild card coming into this season. He still holds his martial arts training to a high standard and will likely be very loyal to whatever alliance he is a part of. He will also be an asset in challenges, so it would be unusual for a tribe to get rid of him too early. If Woo is smart, he will use his perception as the “loyal soldier” to his advantage. That doesn’t mean he has to start lying and deceiving everyone just for the sake of it, but if the time comes when it would benefit him to lie or attempt a blindside, then using his image to pull off the deception would be a wise move.

Of the four Cagayan people returning, he’s the only Aparri member, and the only one of them to make the Final Tribal Council, so Woo knows what it takes to make it to the end. Woo’s problem is translating that into a win. I believe Woo has what it takes to make it very far again, but this time, he needs to become more assertive in his end game and show the jury why he deserves their votes. Expect him to make allies fairly easily, and if he can get in good with a majority alliance, then he should be able to make another deep run. Hopefully, he has learned from his mistakes last time and will be able to be a more strategic, results-focused player.

Prediction: He’s a great challenge competitor and is known to be fiercely loyal to his alliance. He’s one of three former runners-up in the cast, which could also be a detriment to him if there is a resentment towards those that made it far last time, but honestly, I can’t see that being a huge problem. If Woo comes in with the same attitude, then the other Second Chance players will be clamoring to align with him because they know how loyal he is and how easy he is to control. Woo then needs to use this to his advantage to make big moves late in the game. There’s a great chance Woo will go very far yet again unless he’s targeted at the merge due to his challenge prowess. Inside Survivor predicts, Woo will be a late merge boot.

Thanks for reading our Survivor Second Chance Retrospective for Woo Hwang.

What do you think Woo’s chances are next season? Leave your comments below.