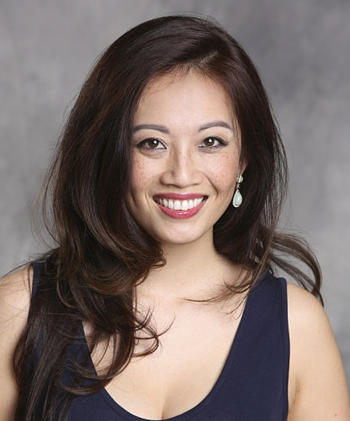 What happened in her previous season: If you had to name a list of scrappy underdogs on Survivor, then Peih-Gee Law would feature near the top of that list. Peih-Gee is the definition of a player that never gives up. She fought tooth and nail to stay in the game in Survivor: China, despite been massively outnumbered.

Peih-Gee started her first season on the Zhan Hu tribe, and even though she was only 29 at the time, she was the oldest woman on her tribe. Her age, coupled with her knowledge of Chinese culture, put her in a sort of leader position, and this annoyed the older males of the tribe Chicken and Dave. Peih-Gee was in a good position pre-merge; she was in a solid alliance with Sherea and Jaime, and by proxy Erik, which gave her alliance the majority, and she was on the right side of the vote at every Tribal Council.

On Day 14 each tribe selected two people from the opposing tribe to bring into theirs; Fei Long took Frosti and Sherea, while Zhan Hu gained Aaron and James. Peih-Gee and Jaime, believing that Aaron and James would rejoin their fellow Fei Long members at the merge, came up with a plan to throw the next Immunity challenge so that they could vote one of them out. The plan, while bumpy, went through, and Aaron was voted out.

At the merge, the Fei Long tribe entered with a 6-4 advantage. Former Zhan Hu member Sherea had been voted out in the last pre-merge Tribal Council, and at the first merge vote, Peih-Gee’s closest ally Jaime was eliminated. Peih-Gee had gone from a majority alliance to the bottom of the totem poll but was able to hold on through sheer determination and spirit.

First of all the Fei Long core alliance of Amanda, Courtney and Todd decided to blindside Jean-Robert, then Peih-Gee won an important Immunity and fellow Zhan Hu tribemate Frosti was sent packing instead, and then the Fei Long trio blindsided former ally James due to him having two idols in his possession. Peih-Gee tried her hardest to work her way into a new alliance, and she would constantly try to point out how big of a threat Todd was (she voted for him three times in a row), but nobody was budging from their alliance.

She was the next on the chopping block but won another vital Immunity, saving her through one more Tribal Council; until eventually getting cut at the final five. Peih-Gee would vote for Todd one last time, when she voted for him as the winner of Survivor: China, proving her point that he was the biggest threat in the game.

What to expect from her this season: It’s quite difficult to predict what kind of game Peih-Gee will play on Survivor Second Chance. In Survivor: China we saw her both as alliance leader and the scrappy underdog. One thing for sure, that Peih-Gee herself has recognized, is her need to focus more on her social game.

I expect we’ll see a more relaxed and personable Peih-Gee this time around, who will place more emphasis on getting to know her tribemates instead of strictly survival and strategic aspects. I don’t think she will come across as a major threat, nor will she be an under-the-radar type player. Peih-Gee will be able to ride the middle very successfully. She is older, wiser, and very enthusiastic about playing again. I could see her bonding with the other big Survivor superfans like Spencer, Stephen, Kelley Wentworth, and Shirin, who she also shares a San Francisco connection with. And I also see her connecting with old school players like Kelly Wiglesworth and Jeff Varner.

She is the lone Survivor: China member returning, so unlike players from Cagayan or San Juan Del Sur, she won’t be targeted due to pre-built relationships. The fact she is coming in alone from a middle school season may actually draw her closer to players in a similar position like Stephen and Terry.

Peih-Gee is a very competent challenge performer, so expect to see her giving it her all in challenges both pre-merge and post-merge. She is a hard worker too which will be an asset to her tribe. In a season full of big targets, I don’t see Peih-Gee coming under attack out the gate. This should give her ample time to form solid alliances that will take her deep into the merge. I don’t think Peih-Gee will be pushed into the underdog role again this go around.

Prediction: There is no doubt in my mind that Peih-Gee is ready to play and leave her mark out there in Cambodia. Some players are coming in with lots of hype and pressure, like Spencer or Stephen or Joe, even Kass, but I think they will struggle to recapture their previous success and could end up just as footnotes in the story of Survivor: Cambodia. Whereas Peih-Gee is currently riding that middle ground. She has a big following amongst hardcore superfans, yet she’s less recognizable to a casual audience, but I believe when Second Chance is all said and done everybody will be talking about Peih-Gee Law. Inside Survivor predicts that Peih-Gee is going to go far, and she is going to make moves – a late merge boot or possible finalist.

Thanks for reading our Survivor Second Chance Retrospective for Peih-Gee Law.

What do you think Peih-Gee’s chances are next season? Leave your comments below.