Former Survivor: Philippines contestant Abi-Maria Gomes has become the fourteenth castaway to be voted out of Survivor: Cambodia – Second Chance.

The 36-year-old Brazilian was eliminated in a 4-2-1 vote. She received votes from Jeremy, Kimmi, Tasha and Spencer. Tasha received two votes from Keith and Kelley Wentworth. Abi voted for Keith.

Abi originally finished in fifth place (out of 18) in Philippines, lasting 36 days in the game. She was eliminated on Day 35 in Cambodia, just one day less than her previous record, and once again left in the penultimate episode of the season. 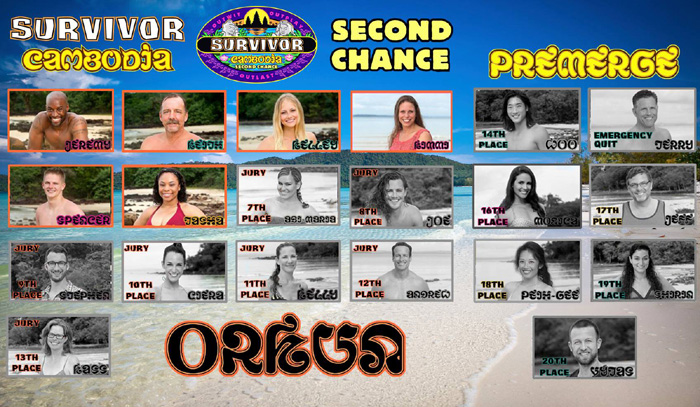