After weeks of campaigning, months of waiting, and fourteen episodes, we have finally reached the end of this epic Survivor Second Chance journey. It is a season that has often been spoken about in hyperbolic terms, by both fans and players. The season has had its flaws: underdeveloped characters, inconsistency in the edit, and too much “strategy” focus at the expense of character moments. But when it came to big moments, this season delivered them in spectacular fashion and the season finale was an appropriate ending with a satisfying winner and yet another extraordinary moment.

That big moment was so wild and unprecedented that it made up for the rather predictable events that followed. It happened at the final six tribal council, when Kimmi decided to join Keith and Kelley Wentworth in voting out Jeremy. But after Wentworth played her idol, Jeremy, wanting to be better safe than sorry, decided to play his idol as well; nullifying all the votes as a result. Stephen Fishbach must have been so happy; now he can genuinely refer to something as a “Survivor first”. The confusion that followed was exhilarating; Jeremy and Wentworth joined Spencer in being immune, leaving only Keith, Kimmi and Tasha eligible to receive votes. The deadlocked vote between Kimmi and Tasha only added further intensity. If the group didn’t come to a consensus on who to send home, Keith would automatically be eliminated.

The fact that Jeff Probst had to take out a whiteboard and a Sharpie on the live show and break down what exactly happened spoke to how monumental this was. It was like he was trying to explain quantum physics. It’s rare that we get never before seen moments after 31 seasons and for it to happen in a finale just made it extra special. The only thing that could have made it better was if Kimmi had had a more rounded edit and then her exit would have had an even bigger impact. 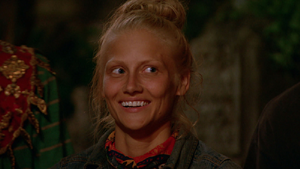 It was hard for the rest of the episode to live up to the expectations set by the first tribal. Not that the events that followed were bad, but it just felt rather standard given what had come before. What kept things interesting was the scrappy determination of Kelley Wentworth, the breakout star of the season. Her success in a must-win final five immunity challenge kept some interest alive in the final four. The fake idol she made for Keith was impressive and perhaps could have worked if Keith chose to play it before the voting took place – if anyone could pull off playing an idol at the wrong moment it would be Keith. However, Keith thought the plan was hopeless and preferred to go out with integrity rather than playing a “cheesy” idol as he called it.

With Keith gone, it left Wentworth as the underdog against the tight trio of Jeremy, Spencer, and Tasha. Wentworth had been an underdog for the majority of the season but always found a way to a survive; whether it was her stellar social game, finding and playing idols, flipping to a majority when necessary or putting the target on somebody else. Her game had been impressive, and she was the biggest threat to win alongside Jeremy – perhaps even more than Jeremy based on Wentworth’s relationships on the jury. It was a devastating moment when she lost the final immunity challenge and had to watch her chance of winning slip away in front of her eyes. There was no way the others were going to risk going up against her at the final tribal council. But Wentworth fought hard and will now join the ranks of Cirie Fields, Kathy Vavrick-O’Brien, and Rob Cesternino as the best players to never win Survivor.

After Jeremy had won the final immunity challenge, his victory was inevitable. If you’ve been following the edit this season, then his success has seemed inevitable for a long while. The only other contender, editorially speaking, was Spencer. But Spencer’s chances dwindled dramatically in the finale as some of his Cagayan cockiness began to show. There were unnecessary lies, like telling Wentworth she was safe at the final six tribal. He also started to strong-arm people; telling everyone that Tasha wasn’t going home and threatening to ruin Jeremy’s chances of winning if he sent Spencer to the jury. Spencer played a solid game and making it to the final three after entering the game with a huge target on his back is impressive. But as he got closer to the end, his desperation to make it to that final tribal council started to cloud his judgment, and he lost some of the tactfulness he had mastered throughout the game. 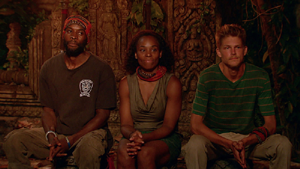 Jeremy, on the other hand, had remained committed to his cause – bringing the money home for his family. In a season that became defined by “voting blocs”, Jeremy played the majority of the game with solid allies. He was able to gain loyalty with his social game and even through his mistakes was able to remain in a comfortable position. Jeremy stuck to his meat-shield strategy and it ended up having enormous benefits. He found idols and played them to great effect, and he had the ultimate trump card to play at the final tribal. When he revealed that he has a baby boy on the way, it was the culmination of his Second Chance story. The jury ate up his words, and there was nothing that Spencer or Tasha could do but watch on with a mixture of respect and regret.

The ending to the finale may not have been as shocking as the way it started, but it was a solid end to an overall satisfying season.