Joe Anglim had his torch snuffed in Episode 12 and became the sixth member of the jury. He was eliminated after passing out and losing in the immunity challenge. As the episode showed, Joe was seen as a big challenge threat and people saw that as an obstacle in their way and therefore voted him out. But what else contributed to his elimination that we didn’t see?

While the target was already on Joe because of his challenge ability, his dad coming into camp during the family reward certainly didn’t help matters. According to sources, Joe’s dad was trying to “strategize” for Joe. He went around talking to people individually and made them promise and swear not to vote Joe out. He then went to the men of the tribe and told them that the girls were together and planning to vote out all the guys.

Rather than helpful, his dad’s forceful behavior only made the bullseye on Joe’s back even bigger. 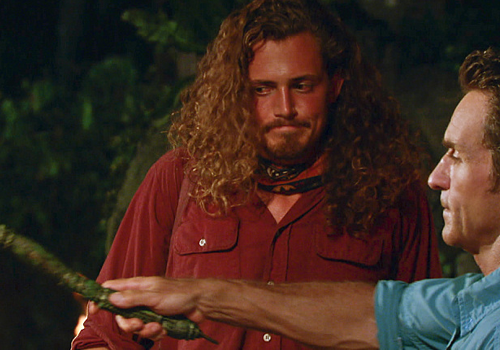 The vote at the last tribal council was 6-1-1. Six votes for Joe, the target, one vote for Abi, Joe’s target, and then one stray vote for Tasha from Keith. Why did Keith vote for Tasha?

The edited episode provided zero explanation for this, so initially one would assume that Keith just threw away his vote because he didn’t want to vote out Joe (having played the entire game together). However, that was not the case.

Apparently, the Tasha vote was part of a plan. Joe had talked to Jeremy about targetting Abi (as we saw in the episode) and he believed that people were on board. But to keep playing in the middle, Joe told Abi, Keith, Spencer and Wentworth to vote for Tasha. Meanwhile, Jeremy, Kimmi, Tasha and himself would vote for Abi. On the re-vote, the plan was to vote out Abi.

Joe had been playing both sides* (as pointed out by Kimmi, Wentworth, and others over the past couple of weeks), and which Joe himself admitted in his Ponderosa video at around the 3-minute mark. He believed that by splitting the vote, it would make him still appear loyal to both sides. However, everyone else had decided to vote out Joe because of his challenge strength and his, aforementioned, playing both sides. But they didn’t tell Keith about the change of plan because of his close relationship with Joe – Keith had been told that everyone who had voted Stephen last time would be voting Tasha. Hence, Keith’s stray vote for Tasha. Joe talks a little bit about this at around the 15-minute mark in his exit interview with Rob Has A Podcast.

*The sides being those who voted against Stephen and those who didn’t. 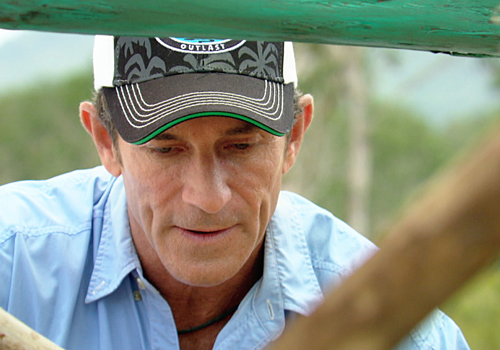 There has been a lot of talk about Joe passing out during the immunity challenge and whether or not that situation could have been prevented. In his interview with Dalton Ross, host Jeff Probst said that there were no warning signs and that nobody foresaw what was about to happen. However, in his exit interview with Josh Wigler for Parade magazine, Joe talks about how he had called over to Jeff and asked to make the challenge harder so that it would end quicker.

“I said: ‘Jeff, can we go down to one hand, or can we add on more lengths?’ And Jeff looked over at Keith and said: ‘Keith, is that okay?’ And Keith was like, ‘Yeah, Jeff, that’s fine.’ Jeff was going over to hand us more lengths of pole to add on, and I just remember this electricity shooting up through my whole head, and then I saw stars, and I knew I was going down.”

What is interesting to note, is that Keith had also collapsed to the ground soon after Joe. He hadn’t completely blacked out like Joe, but he had also pushed his body to extreme lengths, and production crew had to provide him with bottled water, and an umbrella for shade, just like they did Joe. This is why, if you re-watch the episode, you’ll notice that Keith is nowhere to be seen amongst the other players when Joe is being treated. 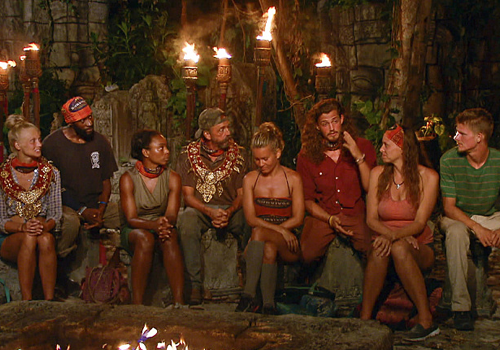 At tribal council, we saw a small glimpse of Abi and Joe bickering back and forth, however, this apparently went on for much longer and got far more personal.

A lot of the big reaction shots from tribal – the excited faces/the jury laughter – didn’t actually happen when Joe was voted out like the episode presented. Those reactions were in response to the argument between Joe and Abi. It was a continuation from the previous week’s tribal council, in which Joe had apparently told Abi that nobody liked her, and a similar argument took place at this week’s tribal. Joe was trying to tell Abi how she could play a better game, and she responded: “I’m not going to take advice from a 26-year-old who sleeps on his parent’s couch.” That is the line that caused most of those big reactions, and probably why in an interview with ET Canada, Joe said after tribal council he “…wanted to punch Abi in the face.”

4 responses to “Survivor: Cambodia Episode 12 – What You Didn’t See”