This season is winding down a lot faster than we think. Six castaways are left when the finale episode begins, which means that this upcoming episode (seven castaways remain) is the penultimate episode of Survivor: Cambodia – Second Chance.

Often when I write this blog, I look to previous seasons for inspiration and to notice trends in strategic gameplay. I normally re-watch 6-8 episodes that present the same game situations (Merge, Tribe Swap, Auction, Final 10, etc.) from seasons where I remember the happenings being important, according to the Survivor-Rolodex in my head. For instance, in preparing for this edition of the Swaney Strategy Blog, I watched the Final 7 episodes from seasons such as Palau, Cook Islands, Pearl Islands, Philippines, and Micronesia. Watching the F7 episodes from these seasons in particular brought out some interesting observations:

(1) In a season with a Final 2 (Palau, Pearl Islands), the Final 7 seems to be this magical epiphany where people stop playing nicely and dig their teeth into the strategic gameplay necessary to make the final tribal. In these seasons, two failed alliances could have completely changed the outcome of their respective seasons: Tijuana-Christa-Sandra-Darrah in Pearl Islands, and Jenn-Katie-Caryn-Stephenie in Palau. I say that half-heartedly because Sandra still won Pearl Islands, but I think the gameplay would look drastically different if the final four consisted of these four women.

Plus it got me the “We can’t get a female alliance together because Caryn sucks” quote, which is always spectacular. Katie Gallagher, you are such an underrated gem.

(2) In a season with a Final 3 (Cook Islands, Philippines), the Final 7 is really where alliances are solidified and are either proven to be in a position of power or on the bottom. Enter Jonathan Penner. Seven is supposed to be a lucky number, but not for this guy. I’ll be the first to say that I love how Penner narrates a season and plays to the audience, but man, the final seven does not harbor good luck for him. Penner was voted out in seventh place during both the Philippines and Cook Islands (medevaced during FvF1, so we’ll choose not to count that either way).

The Final seven is where your game is either made or broken. In trying to write out this blog, I had trouble fully articulating why seven is such an important number for a final 3 season. It was sheer serendipity when I was browsing around the Survivor subreddit, only to come across a very well thought out and articulated forum post.  Rather than plagiarize or try to sum it up and have it lose efficacy, I tip my hat to /u/ Unknownlight and their response to the question, “Can anyone help me understand what makes seven more important or significant than say final 6 or 5 or even the first post-merge vote?”

The Paradox of the Final 7 rings incredibly true for Survivor Second Chance. It is clear that at this juncture in the game, anyone can make a case for their game to be won or lost based on how they play out the next seven days. The possibilities are endless.

Rather than breaking down each and every possible permutation, I found it more exciting to flesh out a few things that become readily apparent when you think about how this season could play out.

Keith Nale is a lock for the final three.

Yes, Keith is a lock. Think about it. Keith has always been the extra vote to secure the numbers and has done nothing more than just nod his head and say “ok.” Keith has been incredibly strong at challenges, yet no one views him as a threat to win his way to the end. The most important facet of Keith’s game is that everyone needs him. Keith will always be the fourth vote of seven or the third vote of five. The only chance Keith is vulnerable is if he loses the F4 immunity challenge and faces a tight alliance of three.

Kimmi attempting to gather the women for an all-girls alliance is legitimately the best game move she could have made at that stage of the game. With any of the old Bayon members, Kimmi is a goat that likely doesn’t receive many votes at a final tribal council. With the women, Kimmi is the architect of an end-game alliance that has solid relationships with everyone in the game. Again, everyone will likely be aiming for bigger targets and won’t be looking at Kimmi as a viable threat.

I wouldn’t have written this if she chose not to tell Spencer and Jeremy about the possible female alliance. Instead, Tasha created a terrible situation for herself, where no one trusts her because she’s a little too loose with information and secrets. Old Bayon has fallen; Spencer has said he doesn’t want to go the end with Jeremy (effectively putting an expiration date on the Spencer-Tasha-Jeremy alliance). Any way that things shake down, Tasha is looking from the outside in.

Even if all of my predictions miserably fail, I’m all right with that because this upcoming Final 7 episode is likely to be an incredibly important one with a ton of moving and shaking.

Keith Nale – Keith’s strategic game might not be the one dictating who goes home, but his physical game is. Keith winning the F8 immunity challenge was the act that finally got challenge beast Joe out of the game.

Kelley Wentworth – Kelley won both reward and immunity challenges while not catching major flack for her family visit picks. Ever since her idol play, Kelley’s name hasn’t really come up, and she’s calling the shots.

Kimmi Kappenberg – Before this previous episode, I liked Kimmi’s social game, and that’s about it. I even liked her decision to out Monica’s female alliance plan at old Bayon. Kimmi’s championing a female alliance at the final 8 is a huge strategic development at the perfect time. While she lost some loyalty to Spencer and Jeremy, her coming out as a strategic thinker could be a million dollar winning move for her. 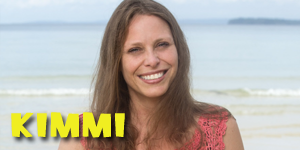 Swan icon made by Freepik from www.flaticon.com