Ciera Eastin had her torch snuffed in Episode 10 and became the fourth member of the jury. She was eliminated after Jeremy played one of his hidden immunity idols on Stephen. But what got us to that point? 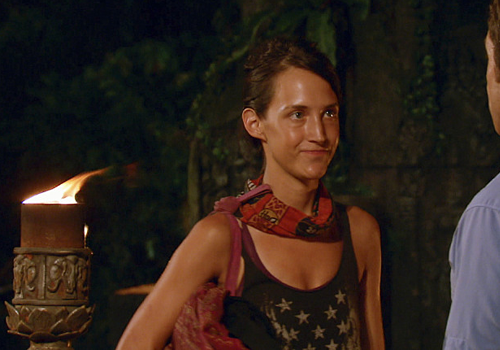 The plan that Ciera and her allies had come up with was to vote out Stephen. But as a back-up, they would throw two votes on Kimmi in case Stephen played an idol or his advantage (not knowing what it was at that point). Ciera and Wentworth planned to vote for Kimmi. However, as we saw in the episode, two votes wasn’t enough compared to the three votes directed at Ciera. So how come they only put two votes on Kimmi?

In an exit interview with Examiner, Ciera stated that they believed Jeremy was also voting for Stephen. “I knew he didn’t want to do it, but the conversation I had with him, he was like, well if you all are going to vote that way, I’m not going to go against you guys.” That means that in her mind, only Stephen and Kimmi would be voting together. “Me and Wentworth were voting Kimmi, and that would have tied the vote had Stephen and Kimmi voted for me or Wentworth.”

However, with Jeremy also voting for Ciera along with Kimmi and Stephen, and then playing his idol on Stephen, the three Ciera votes were enough to send her packing. Ciera did explain in the same interview that she almost told Abi to vote with her and Wentworth, which would have tied the vote.

Heading into that same tribal council, Stephen has explained in his People blog, that he started to get a gut feeling that he was getting voted out. “Walking over to Tribal, I realized that I had just seen those little inconsistencies, and there was nothing I could do to prevent them.” He said that he looked over at Jeremy and Jeremy just winked back.

In an exit interview with She Knows, Stephen explained that he believed the plan was to split the vote between Ciera and Wentworth and that the three girls (Abi, Ciera, Wentworth) would be voting for Spencer. “The plan I had been told was the witches were going after Spencer, but we were gonna split the vote on Ciera and Wentworth. I was like, “It’s a bad idea. Don’t split the votes. We don’t have the numbers. Let’s just put it all on Ciera.”” He had also left his advantage back at camp. 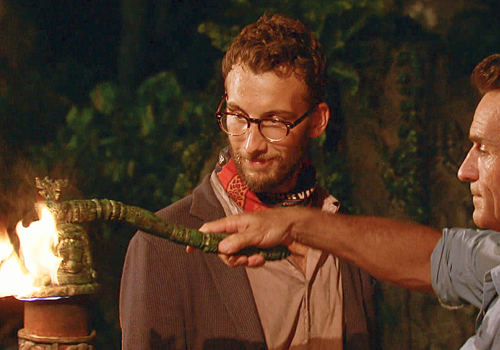 In Episode 11, Stephen Fishbach was eliminated after playing his advantage incorrectly. But what was the plan and how did Stephen end up getting voted out?

As we saw in the episode, the plan from Stephen and his allies was to target Joe. However, as we briefly saw on TV, and confirmed by Stephen in his blog, the alliance thought that Joe had a hidden immunity idol (or that it was at least a strong possibility). This caused them to split the votes between Joe and Abi, with Stephen using his advantage to steal Joe’s vote.

There was a lot of confusion over the vote split and who was supposed to be voting for who kept changing right up until it was time to leave for tribal council. After piecing together several bits of information from exit interviews and other sources, it appears Stephen and Jeremy had set up the votes as follows:

But of course, a counter plan had been put into motion by Spencer and Wentworth, as we saw in the episode. Abi, Keith, Joe, Spencer and Wentworth would be voting for Stephen. Spencer gained knowledge from Stephen that he was splitting the votes and using his advantage, and therefore was able to determine that even with Joe’s vote being stolen, they would still have the majority based on the way the votes were being split.

The counter group had also constructed a plan for Abi to act crazy and as if she was going home, in an attempt to throw off the other alliance. However, Abi started taking her role a bit too seriously, and it became difficult for the counter alliance themselves to control her. 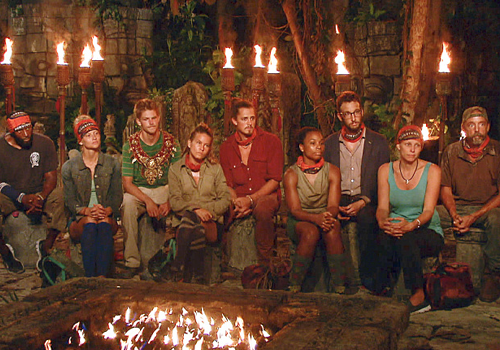 At tribal council in Episode 11, after Stephen played his advantage, apparently there was some panic from Abi and Keith, and Spencer and Wentworth had to mouth to them to still vote Stephen. Out of the counter alliance, only Spencer had a knowledge of what the advantage was, hence the momentary panic. Stephen explained in his exit interview on Rob Has A Podcast, that apparently while he was voting, Keith looked across at Spencer and Spencer mouthed “stick to the plan”; Jeremy clocked this moment, and that was when he knew Spencer had flipped.