According to Nielsen Media Research, Survivor was one of top 50 most-watched TV shows in America between September 2014 and May 2015. For Survivor: San Juan Del Sur – Blood vs. Water and Survivor: Worlds Apart, the show finished in 31st place with a total average of 11.351 million viewers.

Compared to the 2013-2014 ranking, Survivor has dropped down six places from 25th, but the overall viewer rating is slightly up from the previous 11.303. In a TV climate when ratings are on the decline across the board, Survivor’s ability to not only stabilize their ratings but increase them is very impressive.

More importantly, Survivor finished in 22nd place in the top TV shows for adults between 18-49 with a total average of 3.0. Even though this is down from the 2013-2014 season, to maintain anything above a 2.0 should be considered a success, especially for a show that is 16 years old. The reason this is important is that 18-49 is the key advertising demographic. The more attractive a show is to advertisers the more valuable it is to the network.

Check out the rating tables below: 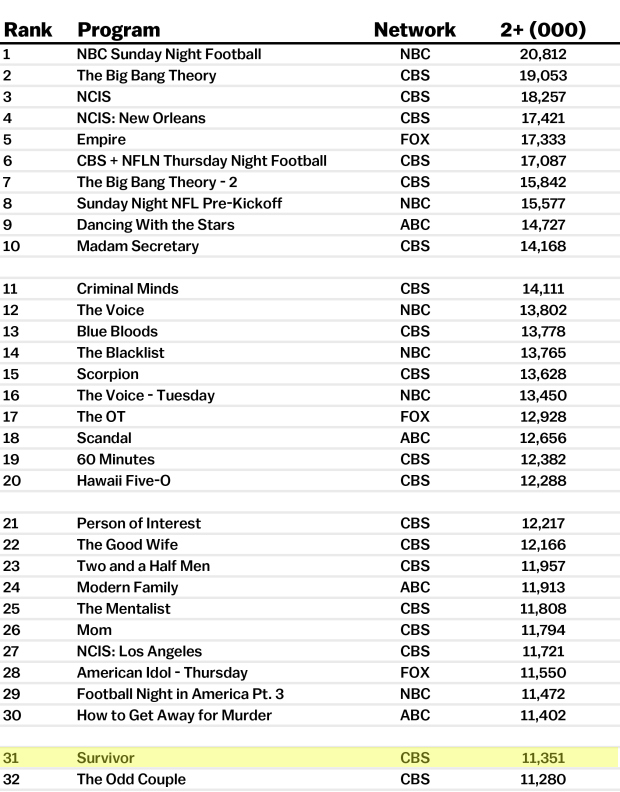 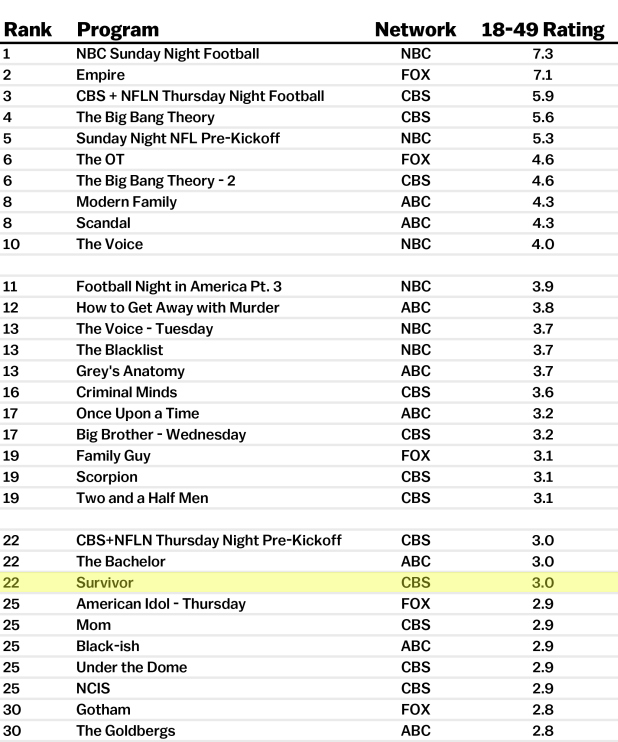 It will be interesting to see how Survivor’s ratings hold up in the 2015-2016 season for Survivor: Cambodia – Second Chance and the upcoming Survivor: Kaôh Rōng – Brains vs. Brawn vs Beauty.