Zeke Smith has become the twelfth castaway to be eliminated from Survivor: Millennials vs. Gen X.

The 28-year-old assets manager from Brooklyn, NY was eliminated in another eventful tribal council. Last week saw a huge battle between Zeke and David, with both managing to survive an intense tribal council which ended in a rock draw. But the target was still on Zeke this week, as his fellow players saw him as a big threat to win the game, and Will decided he wanted to build his “resume” by taking Zeke out. Even though Ken almost blew up the plan by revealing Will’s double-dealing, Will ultimately voted with Adam, David, Hannah, and Ken. The other alliance voted for Hannah; however, Adam played his idol on her, nullifying the votes.

Zeke received five votes from Adam, David, Hannah, Ken, and Will. Hannah received four votes from Bret, Jay, Sunday, and Zeke – all were void due to Adam playing his idol. 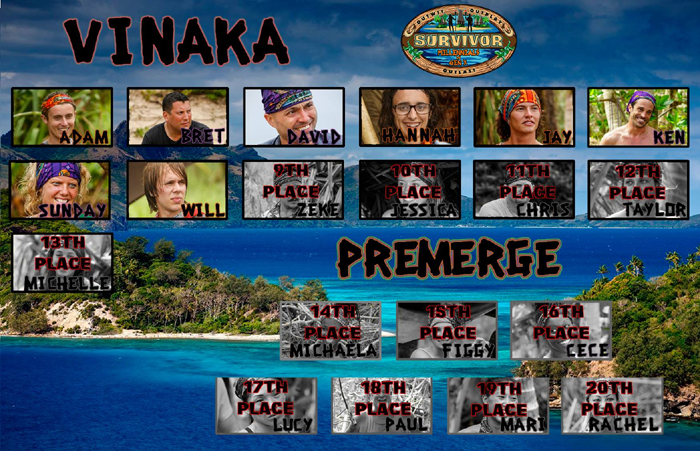