Next Time On… Survivor is a blog here on Inside Survivor all about previews and predictions!

And as always: this blog is 100% spoiler free speculation. Let’s get into it!

Part One: Last Time On… Survivor

1. The first reward challenge features a letters from home reward. I’m basing this off of the shots of Adam and Sunday crying in the preview. I’m assuming they both get their letters, as well as their teammates, Hannah, Bret and Zeke who we can all see working together in the press photos. Jay isn’t seen competing, so he’ll probably bet on one of the teams. I think Ken will win the first immunity challenge since it is somewhat similar to the last one.

Grade: Got pieces and parts right! I was right about the reward (minus Jay being allowed to bet on a team). Would not have bet on David’s win at the immunity challenge, though. I’ll give myself a C.

2. That crazy situation I detailed in part three comes true, and Chris is voted out as Jay plays his idol.

Grade: I’m going to give Jay major props for reading the room like he did. If I were in his position, I would have had that idol around my neck walking into tribal. His intuition in that situation was top-notch. That said, in last week’s blog, I wrote an entire section about who would vote for Chris and who would vote for Jessica at the vote, and I was correct about every single player’s vote. I’m going to give myself some credit here and give me an A-.

3. In part two, an idol-less Jay is targeted for being a threat, but I think there’s been a subtle build-up to Sunday’s elimination. Without much more analysis than that, my bet is on Sunday being eliminated in part two.

Grade: To be fair, I don’t think anyone could have predicted what went down in part two. Much love to Jessica and an F for me.

4. Jacob still can’t solve one of those damn Instant Insanity puzzles featured in the reward challenge.

And his name is Will.

David was looking pretty bummed out in the “next time” preview segment at the end of last week’s episode. And why wouldn’t he? Strategic missteps, a failed hidden immunity idol play and the loss of an ally to a black rock are all reasons to be pretty upset. But now, David potentially has a new ally in Will, who says he’s ready to start playing this game hard.

I think Will is out next.

Out of all the remaining players, I think Will has received the least amount of screen time (Edgic?). The idea of him suddenly jumping up and becoming a relevant player to the narrative of the season feels pretty farfetched. Does David need him? Absolutely! He just lost one of his closest allies, and the rest of his allies (sans maybe Ken) aren’t going to commit to a sinking ship if they can jump off. If David can legitimately pull Will in though, there is potential to regain the numbers and take out Zeke or one of his allies. 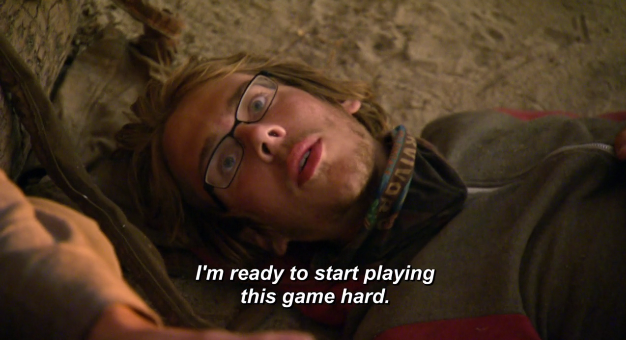 Of course, there’s no way I think that will happen.

One way or another, I think Jay is going to find out about Will ratting his idol out, and Jay is going to be irked. Zeke, Sunday, Bret and Jay can then organize a vote against Will as a way to see who is on their side before they go after David. Essentially, I think the next vote will be a check on Hannah, Adam, and maybe even Ken to determine who can be trusted moving forward. I expect Will to go home.

Or maybe he ends up at the final tribal. I dunno.

Part Three: The entire preview commercial is ten seconds long, so this is all I’ve got.

In the commercial spot, and at the end of the “next time” preview, Adam tells his loved one that he has an advantage in the game that allows him to steal a reward from another player. The entire tribe knows about this advantage thanks to [redacted], so the fear of losing their loved one visit was very real before the loved ones ever showed up at a challenge.

Adam will not use his reward stealer to steal the loved ones visit reward. He knows it will blow up his game. The previews are some pretty heavy-handed misdirects, and I think we all know it. 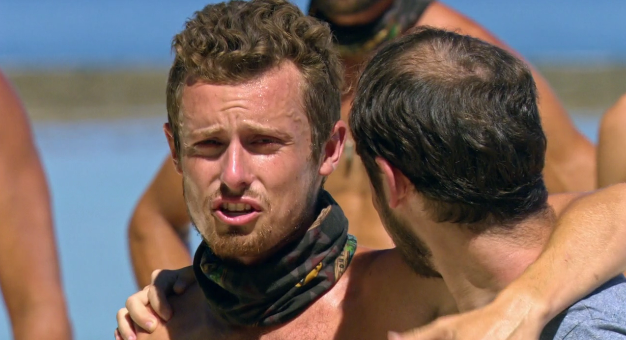 I’m starting to think the legacy advantage might be the most overpowered advantage in the history of Survivor. The only reasonable way I can see us getting to a final three on Day 39 at this point is to have both a double-elimination, and a tribal council every two days until Day 37, and then have a tribal council on Day 37 and Day 38.

That is a pretty rapid pace of tribal councils. Where I used to believe the legacy advantage was simply a free pass to tribal council, I now think we may end up with five people on Day 38 and one player with the ability to vote out whoever they want in addition to the tribe vote.

Just a little idea that popped into my head that I thought I should throw in there! Why not?

1. Adam will not use his reward stealer to take someone’s loved one visit away. Let’s get real.

2. Will is voted out after David attempts to make good use of him.

3. I have no idea what the challenges for this week will be, so let’s just put our money on Jay or Ken winning immunity because why not?

4. No one trusts Hannah anymore. Not even Hannah. Especially not Hannah.

2 responses to “Next Time On Survivor – Episode 12”