Gen X tribe member Lucy Huang has become the fourth castaway to be voted out of Survivor: Millennials vs. Gen X.

The 42-year-old dietician from Diamon Bar, California was eliminated after the Gen X tribe lost another closely fought immunity challenge against the Millennials. While we have barely seen any of Lucy over the first three episodes, she emerged this week as a dominant force trying to take control of her tribe.

After last week’s blindside on Paul, the majority of the blame was put on Jessica, and Lucy had a plan to take her down, using the votes of Bret, Chris, David and Ken. But Ken did not appreciate the way Lucy dictated to him and David, so attempted to mount a counter attack on Lucy. Jessica was reluctant to believe him that her name was on the chopping block and she spilled the beans to Lucy leading to a chaotic scramble heading into tribal council.

At tribal council, the game was very much alive, with people talking openly about the events back at camp and who said what. Ken was adamant that he was telling the truth to Jessica, but she still seemed cautious to believe him. Luckily for Jessica, David didn’t want to lose control of his game and decided to play his hidden immunity idol on Jessica, which ended up saving her as five votes came her way. Instead, the two votes Lucy received from CeCe and David were enough to send her home. 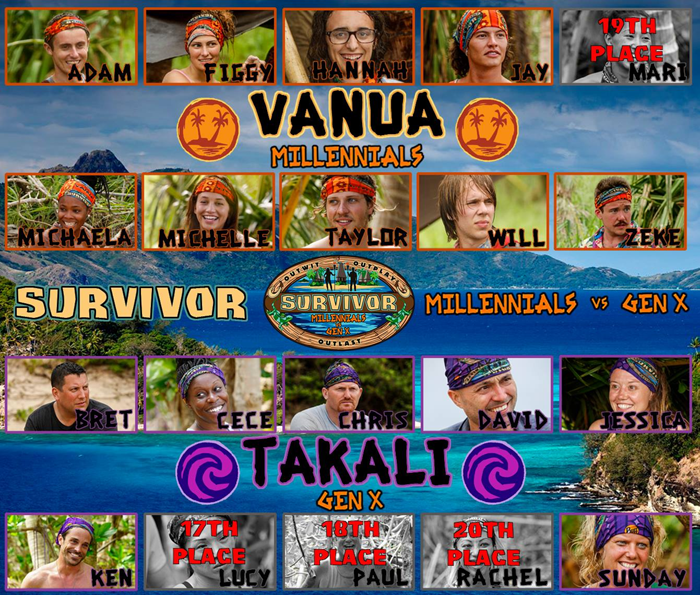