Scot Pollard has become the eleventh castaway to be eliminated from Survivor: Kaôh Rōng – Brains vs. Beauty vs. Brawn.

The 40-year-old former NBA champion from Carmel, IN was voted out in another electric tribal council. Seemingly on top of the world after revealing the Super Idol at the previous tribal council, Scot and Jason deemed their trio with Tai “unstoppable.”

However, still conflicted over the actions of his allies, Tai started to bond with Aubry. With the girls wanting to vote Tai in an attempt to flush his idol, Aubry approached Tai to form a counter plan. This plan put Tai in a tight position, as his allies Jason and Scot wanted to eliminate Aubry.

When it came to crunch time, Scot received the most votes and expected Tai to hand over his idol to form the Super Idol. However, Tai refused, and Scot left the game with Jason’s idol in his pocket. 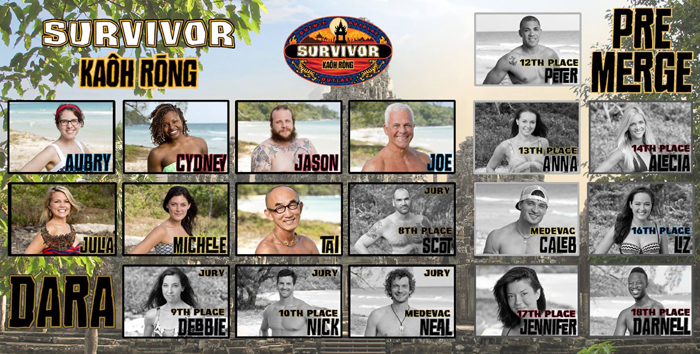