Throughout Survivor: Game Changers we have been running a Player of the Week poll after each episode. However, last Monday, we opened up a fan poll for Inside Survivor readers to vote on their Player of the Season. We asked the fans who impressed them the most with their strategic gameplay, social skills, and overall performance during the season?

Readers were able to vote on any of the 20 castaways that participated on the season. Over 2,600 people voted, with the winner receiving 846 of those votes. 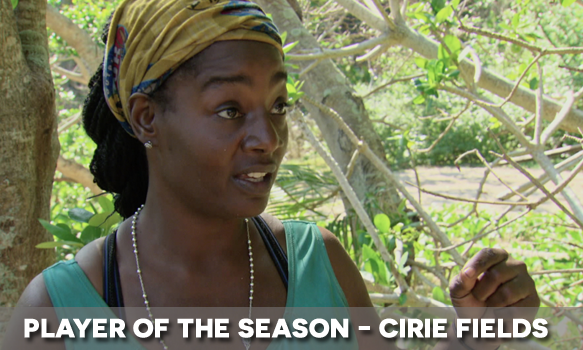 Sarah Lacina, the winner of Survivor: Game Changers, finished in second place with 28.79%, while two-time winner Sandra Diaz-Twine finished in third with 12.34%.

The full results are below:

Thanks for taking part in the poll each week. Stay tuned to Inside Survivor during the off-season for all the latest Survivor news and features.

4 responses to “Player of the Season (Results)”