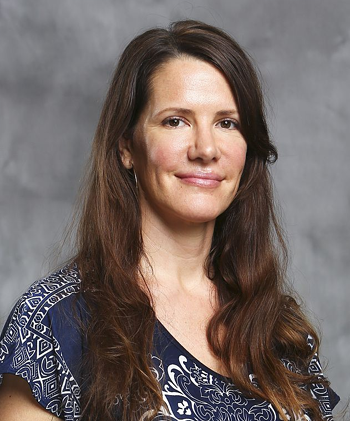 What happened in her previous season: Kelly played Survivor back before anybody knew what Survivor was. Even members of the production crew weren’t quite sure what they were creating when those first sixteen Americans stepped foot on the beaches of Borneo; everything was unchartered territory, and the format was rough around the edges. Nobody could have ever predicted it was about to become the most popular show in America, making the likes of Kelly Wiglesworth a household name. Kelly is the epitome of the old school Survivor. She was cast on the show at 22 years old- a white-water rafting guide who was looking for a once in a lifetime adventure. It wasn’t about the money or the fame or even the game.

Kelly started on the Tagi tribe, and after losing the first Immunity challenge tried to convince the women to vote off Rudy, the tribe’s eldest member and someone initially considered irritating. But Kelly’s plan to oust Rudy never materialized as Sue decided to vote with the men. At the time no one considered forming alliances; personality or tribe strength predominantly determined the eliminations. It wasn’t until Day 11 when Kelly, Richard, Rudy and Sue officially talked about and confirmed Survivor’s first true alliance- the Tagi 4.

The alliance stuck together for the proceeding tribal councils; gaining a majority at the merge despite going in on even numbers with the rival Pagong alliance. The Pagong tribe members continued to vote individually based on personality, allowing the Tagi 4 voting block to control who went home until only the four of them remained. This is where the term “Pagonging” originated.

However, as the game went on Kelly started to waver from the alliance. She thought their style of gameplay was unethical, and so cut her ties from Richard, Rudy, and Sue, returning to vote out people she deemed less deserving of being there. While this clearly annoyed her former alliance members, they were unable to remove Kelly from the game. Kelly went on a streak winning four Individual Immunity challenges in a row; still the record to this day for a female castaway.

Despite forming a tight friendship with Sue out on the island, Kelly voted against her at the Final 4 rather than send it to a tie-breaker with Richard, and after winning the Final Immunity Challenge voted out Rudy, deeming him too big of a threat to beat in a jury vote. At the Final Tribal Council, Kelly was the recipient of the most famous jury speech in Survivor history. An irate Sue chastised Kelly for betraying their friendship, referring to her as “the rat” to Richard’s “snake”, and claiming that if Kelly were lying in the desert dying of thirst, she would not give her water, and instead let the vultures have at her. Kelly received three votes to win from Colleen, Gervase, and Jenna, but ultimately lost to Richard’s four.

What to expect from her this season: Kelly is one of those old school players, like Colleen and Greg, that seemed to disappear from the Survivor radar for many years completely. What people tend to forget, or don’t realize about the first two seasons, is that the cast members became famous, and not just “Twitter famous”, but the front of national magazines and movie role famous. While some relished the celebrity culture, others wanted to get away from it, and Kelly is one of those that decided to leave her Survivor life behind and spent her time travelling the world, moving to Mexico, and becoming a yoga instructor.

However, in the past few years, Kelly has re-emerged; she made a rare appearance at the Survivor 10 Year Anniversary party and stated she would be open to returning to play again. Now 15 years later she is getting that opportunity.

But it seems her approach to the game hasn’t changed a significant amount. Judging by her campaign interviews it seems Kelly still has a negative attitude towards alliances and the cut-throat gameplay Survivor is now most well known for. She also hasn’t kept up with the show, so she will not be familiar with the majority of the players out there in Cambodia- this could leave her like a fish out of water.

All returnee seasons are fast-paced from the moment the cameras start rolling, and I expect Kelly will be overwhelmed, to begin with, and if she is too non-committal towards alliances, she could be booted early for being an unwilling ally. But Kelly’s lack of game awareness could just as easily be a benefit; she won’t be seen as an immediate threat, and as crazy as it may sound, could fall into the “goat” role on this season. She is still fit and in shape and will likely provide great help in tribal challenges which could see her sail into the merge, and if that happens then expect Kelly to make a deep run.

Prediction: Kelly will be overwhelmed initially, and we will probably hear several confessionals about how much the game has changed in 15 years and how she doesn’t have anything in common with the rest of the cast members. But unlike in a regular season where the tribes are simply looking for an easy boot early on, in an all returnee season, the game is much more ruthless, and big threats will be targetted from the off. Therefore, I think Kelly will be safe pre-merge.

It would be incredible if Kelly was merely playing up a persona during her campaigning and has actually been researching the game and reveals herself to be a strategic mastermind. However, I don’t foresee that happening. But I do think Kelly is smarter than many give her credit for, and severely underestimated, which is a great position to be in. Inside Survivor predicts that she will become a useful tool to an alliance early on, and go deep into the merge with a couple of Monica Culpepper style Immunity Challenge wins.

Thanks for reading our Second Chance Retrospective for Kelly Wiglesworth.

What do you think Kelly’s chances are next season? Leave your comments below.