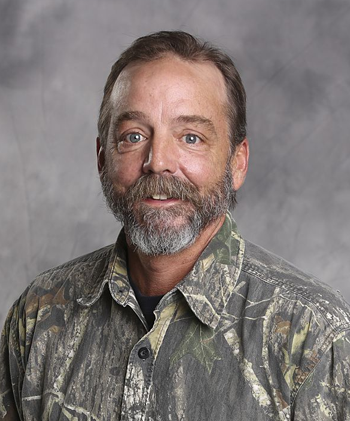 What happened in his previous season: Keith began San Juan Del Sur with his son Wes. He was placed on the Hunahpu tribe while his son was placed on Coyopa. Married couple Jeremy and Val competed in the first hero duel in which Val lost and was subsequently sent to Exile, and Jeremy picked Keith from his tribe to be sent there with her. Jeremy and Keith initially bonded over their shared professions as firefighters, but when Keith found the Hidden Immunity Idol and wanted to remove the target from his back, he lied to his fellow tribemates telling them that Jeremy was the one who had found it. This caused distrust towards Keith from Jeremy, but luckily at the tribe swap Keith ended up on Coyopa as a lone wolf. His other tribe members consisted of three pairs fighting for power. Two of the pairs approached Keith to oust Kelley and Dale, which kept him safe until the merge, despite him receiving two votes at that Tribal Council.

After the merge, two alliances formed. Jeremy was at the head of one alliance, and Josh was at the forefront of the other. Keith was aligned with his son Wes, Alec, Josh & Reed. His alliance tried to get Jon and Jaclyn to vote with them, but Jaclyn was put off by Alec and Wes’ sexist attitudes towards her, and instead they sided with Jeremy’s alliance to vote out Josh.

Throughout the entire merge, Keith had Individual Immunity or there were votes cast against him. He was always the underdog and never seemed to be in the loop with what was going on around him within the game. The latter became abundantly clear when his alliance was plotting to blindside Jon. It was during that crazy, confusing Tribal Council where Keith told everyone to “stick to the plan”; tipping off Natalie that something was askew, and thereby convincing her to urge Jon to play his Hidden Immunity Idol. Keith played his Idol in that same Tribal Council, not sure what was going on, and his son Wes took the fall and was voted out with only two votes against him.

Keith managed to win three Individual Immunity challenges at times when he could have been in danger of getting the boot, and he was always the backup plan to vote off in the case of a tie or Idol play. Keith later joined forces with Natalie, Baylor, and Missy to blindside Jon, and became the last man standing against four women. He won Immunity when he most needed it, and Natalie and Jaclyn blindsided Baylor – again confusing Keith. He was finally voted out in 4th place as he was seen as the biggest threat to win the game due to his great relationship with the jury- as he only successfully voted three of them out. Keith ended up voting for Natalie to win over Jaclyn and Missy.

What to expect from him this season: Keith is a huge wildcard going into this season. He doesn’t have much of a strategic game, but he’s very likable, and typically that can bode well for you in the game of Survivor. However, in a season full of cut-throat gamers, Keith’s likability may pose too much of a threat, and his lack of game instincts may put him at a severe disadvantage.

He’s the second oldest person in the cast, and could be perceived as a challenge liability despite having won three Individual Immunity challenges in San Juan Del Sur. I highly doubt Keith was forming pre-game alliances before he flew out to Cambodia and his lack of connections to the other players could see him as the early odd man out. Much like with Kelly Wiglesworth, an alliance could use him as a number. But Keith’s record proves he has loose lips and unpredictability that Survivor gamebots fear. An alliance that brings him in may have to do a lot of hand-holding that could be more effort than it’s worth.

On the right tribe, Keith could find himself relating to some of the old school guys like Andrew Savage and Terry Deitz, and he may even have that Louisiana charm that some of the younger ladies may find adorable. But on a tribe with young gamers like Spencer, Stephen, and Vytas, Keith likely doesn’t stand a chance. There are two other San Juan Del Sur people on the Second Chance cast, Kelley, and Jeremy, but both were screwed over by Keith in one way or another, so I’m not sure if they’d be up for aligning with him.

Prediction: Keith could very well be out early in the game due to his mix of likable unpredictability and perception as the season’s “old guy”. If he manages to fit into that potential Kelly Wiglesworth loyal number role, then he could make it to the merge as bigger threats are taken out over him. Once at the merge, he can go far again because he can win Individual Immunity challenges.

He might not know what’s going on all the time, but he is loyal to his alliances, and if others realize that then he is golden. But with this mix of people I don’t see Keith fitting in quick enough to prove his worth, and therefore Inside Survivor predicts Keith will be an early pre-merge boot.

Thanks for reading our Survivor Second Chance Retrospective for Keith Nale.

What do you think Keith’s chances are next season? Leave your comments below.