Without further ado, let’s try to figure out what we should expect from episode four – “What’s The Beef?” 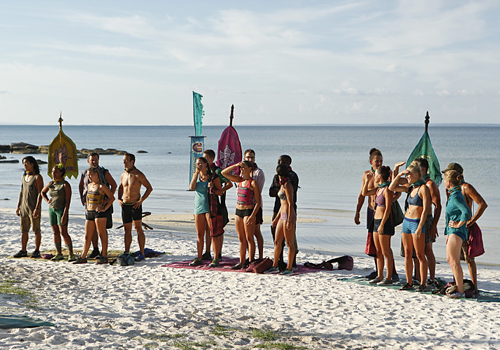 The tribe shuffle in the last episode granted some players hope where they previously had little, and others a very plausible means for the end of their game. Players like Stephen, who had previously been on the outs, now found themselves with a range of new possibilities; be it a majority in the numbers on their tribe or an opportunity to reinvent himself with new tribemates.

Power dynamics shifted dramatically as Terry, who had just been celebrating his “social game” improvement, found himself on the bottom of new Ta Keo with Kelley Wentworth. As Kelly Wiglesworth lost touch with those she had been aligned with on Ta Keo as she moved to Bayon.

But no one needed this swap to go the way it did more than Spencer. Spencer, who was next to go on Ta Keo, who was so clearly on the bottom of his tribe’s numbers, who could not for the life of him find a way to shift the votes, ended up with four new players on Bayon. It’s a blessing and a curse for the young lad. On one hand, Spencer’s fate is no longer in the hands of folks like Varner and Abi. On the other, Spencer is still in the minority of the Bayon tribe with only one other former Ta Keo member, Kelly, on his beach with him. 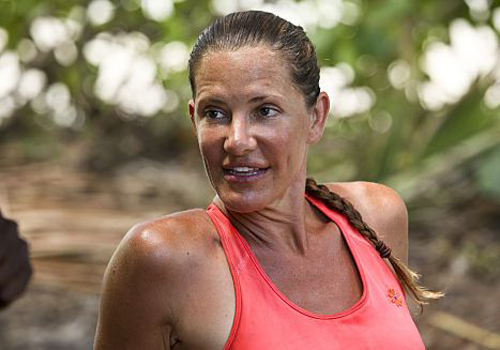 And, now that I think about it did we hear from Kelly once? Like, at all? I think she talked about the width of their old campsite at some point. I’m no Edgic, but I think it’s a fair assumption to think Kelly has a better chance of going home over Spencer if Bayon loses immunity. We even got several Spencer confessionals about his attempts to be a little less Tin Man and a little more Dorothy. There is no doubt in my head that Spencer will be plenty safe. I can’t say the same for Kelly. I will get back to this season’s reoccurring theme of emotions in a few paragraphs.

When two tribes became three, an interesting dispersion of challenge strength occurred. Instead of a Hunapu-like event taking place and a majority of the big, strong guys ending up altogether, each of the three new tribes found themselves with strength. Angkor got Savage, Woo, and Tasha; Bayon got Jeremy, Kelly, and Spencer; and Ta Keo got Joe, Terry and Kelley. There are no obvious setbacks though it seems that Varner, Abi, Peih-Gee and Woo haven’t been able to stay away from Tribal.

The point is, with such a relatively fair dispersion of players, it only makes sense for challenge victories to come out of the tribes with the best teamwork and morale. And… wait…

What was the challenge in that preview? 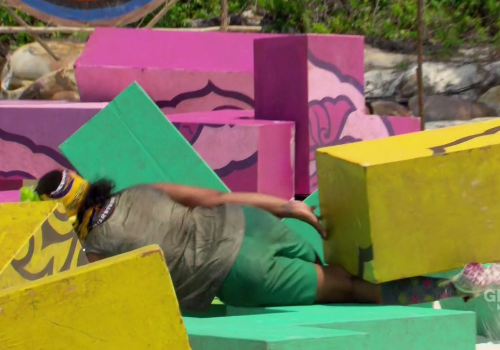 Where there are blindfolds, there is pain. In fact, the end-of-episode preview for the next one was thirty seconds of hurt. “Angkor is in misery.” Starting from nothing is no easy task after living in a Joe-built paradise or with the biggest bag of rice Woo could swim for. Savage describes it as “a dead cove… hell,” in a confessional in the preview.

Now tack on the insanity that is the Blind Leading The Blind challenge, where a caller has to direct his or her stumbling tribe-mates around an area to collect large, heavy puzzle pieces and then have them put it together. The preview gave us plenty of shots of suffering players between pieces falling on Spencer and Woo to Kelly colliding with either a wall or a puzzle piece larger than her body.

(Also, and this has nothing to do with predictions, but Probst screaming, “watch out!” to several players who have nothing to watch but darkness is face-palm worthy.)

This is not a challenge that necessarily favors the quick or powerful, nor a challenge that requires any serious intellectual ability. It is entirely based on the caller’s ability to direct his or her tribe-mates without being overshadowed by the voices of the opposing callers, as well as the blinded’s ability to follow instructions in the dark. If we look at the video, we can see who the callers are. Varner is calling for Angkor; Kass is calling for Ta Keo and Kimmi for Bayon. My concerns fall to Angkor, only because Angkor if we’re to believe the preview is malnourished, exhausted and weak on that new beach. Take away sight and add a sense of hostility between certain members (Tasha and Varner, Abi and everyone) and you have trouble in a challenge so reliant on communication and teamwork.

On top of all that, Angkor was the only singular focus in the whole “next time on…” preview. We, as the viewers, know that a tribe without anything on their beach is going to be in a bad place. If something more vital to the episode was going to occur, I think we would have gotten some sort of indication of it. Therefore, I think Angkor will be returning to Tribal Council.

Also worth acknowledging, while on the topic of challenges, the commercial spot informs us of a “hero challenge” in which one member of each tribe will represent their tribe in order to win reward (similarly to a hero duel in San Juan Del Sur). The text reads, “The survival of many lies in the hands of a single tribemate.” We get shots of Savage representing Angkor, Jeremy representing Bayon and Terry representing Ta Keo. By nothing but sheer guessing, I think Jeremy is going to win whatever top reward is up for grabs. If there were a second place prize, I would bet on Terry the challenge beast over Savage for it honestly. I truly believe Angkor is going to get pummeled. 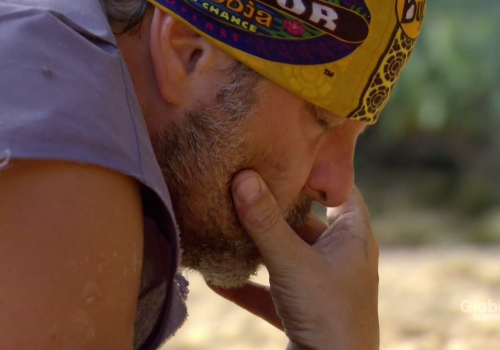 With every bond comes a hammer prepped to wreck said bond. We’ve been getting a ton of moments with the underlying theme of love or just general emotions. From Savage and Jeremy crying over their wives to Spencer learning to say, “I love you,” to his girlfriend back home from Jeremy, to Kass describing the original Bayon as “the love tribe.” Even the original Ta Keo, the source of most of this season’s drama thus far, had Abi who bases most of her decisions, seemingly, off of how she’s feeling and who comforts her in times of strain.

This makes me ask myself, “How long will this last?”

Who is going to be that player who straight up takes advantage of someone’s vulnerability? Who is going to take all this love and turn it against his or her foe?

I’m not sure, personally, but I think we should all be looking out for that eventual betrayal. I think the first of many is coming soon.

Wrap-Up: A Summary Of What I Expect In “What’s The Beef?”

-Angkor loses both the reward and the immunity challenge.

-Spencer manages to integrate himself within the original Bayon four thanks to Jeremy and Stephen wanting to work with him.

-Kelley continues to kick Terry under the bus and creates a divide in the new Ta Keo majority with people like Joe and Kass.

–Woo and Varner will be at risk for elimination. Woo because he still voted for Abi even after the numbers had shifted, and Varner because Savage and Tasha believe he isn’t able to carry his weight in challenges and Abi will continue to vote with them.

-Oh, and more people will get confessionals talking about Joe.

2 responses to “Next Time On… Survivor: Cambodia Episode 4”