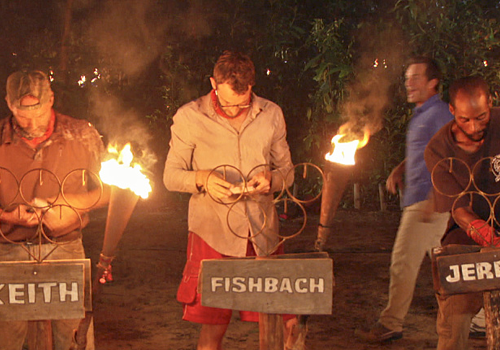 I was doing so well… so well, and then… not so much. Anyways. Let’s look at how I did last week.

2. The “eat-or-compete” challenge isn’t actually going to feature food, but some other alternative. Stephen will sit out, Joe and Spencer will not. Kelley, Ciera, Jeremy and Abi will participate, Keith, Kimmi, and Tasha will not.

Verdict: Elsewhere in last week’s blog I wrote the following:

“Part of me thinks that each vote to sit out will be an additional piece of support at their camp and shelter. If three people sit out, you get new tarps, if five people sit out you will return to a hardwood roof over your heads… but that kind of sounds ridiculous to be honest.”

I discredited my intuition, but I’m tempted to give myself high praise for how close I got to figuring out the twist. That said, I didn’t expect such overwhelming interest in the shelter construction. I was very wrong about the sit-outs. I’m going to give myself a B because of how hard I high-fived myself when I saw the episode.

3. One more time: I’m going to predict Joe’s elimination. We have seen other players do decently in balance and endurance challenges, and it appears the upcoming immunity challenge is in the same vein. I think Abi or Kelley could win it.

Verdict: I, probably like most of the Survivor fan community, could not believe my eyes when Joe survived tribal council. It appears the rest of the tribe is far more worried about strategic threats making it to the Final Tribal Council than they are challenge beasts. Joe may find himself losing at the FTC this season unless he starts to scare his allies. I give myself a D because an F would be unfair to common sense.

4. Since it’s a two-hour episode, I’m assuming we will have two eliminations. Perhaps the second will feature the tribe finally going after Jeremy like he has foreshadowed in his confessionals, but he will not go home thanks to his idols. I think one of the “witches” will end up as the casualty, likely Ciera for being so vocal. I believe they are tired of writing Kelley’s name down at this point.

Verdict: Ciera was playing hard this season, and I respect her tons for doing so. She fought ‘til the bitter end, and I cheered her on throughout. Going to give me an A- because Stephen was targeted rather than Jeremy, though the idol was used as successful protection.

Part 2: All You Need Is Love 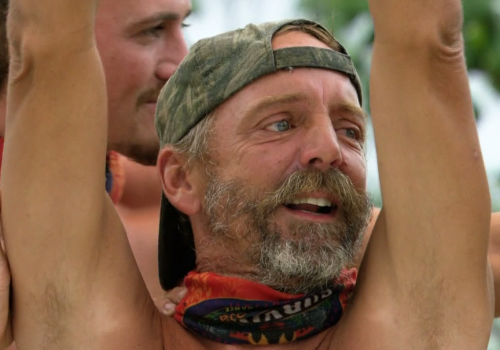 The sole focus of all the preview material this week is on the remaining castaways getting to see loved ones. There’s nothing to predict here, really. I’m just excited about potentially getting to see a big chunk of the San Juan Del Sur cast! Jeremy’s wife, Val; Keith’s son, Wes; and Kelley’s dad, Dale!

We don’t even know what the reward challenge is! Man, they really gave us nothing in this preview to guess at.

The only thing I am going to infer from is Joe’s confessional from way back at the beginning of the season. The thing he regretted most from Worlds Apart was not being able to get his dad out there on the loved ones visit. From that point, his story was set in motion: Joe needs to make it to the loved ones visit to feel accomplished.

Well… here it is.

This blog will mark the last time I will predict Joe’s elimination (both here and in the Power Rankings). No matter how strong the urge, he will no longer be my bottom pick or my predicted vote-off. If he makes it through this episode, having completed the task of spending time with his father on Survivor, he is bound to make Final Tribal Council. This has been a season of narratives, usually centered on a central theme, many of which were presented in the first ten minutes of the season. Joe’s primary task is coming up, and I believe it to be the climax of his story-arc in Cambodia.

I don’t like to try and guess about injuries. It’s not fun. No matter how badly I dislike a player, I’m never going to root for them to get hurt. This week’s poorly designed immunity challenge was featured momentarily in the previews, only to be outshined by a male player’s shaking hand as he is checked on by medical.

Look, we know it isn’t Jeremy because the hand is white and we could start inferring about which of the three other guys it is from the colors of the poles and the areas where these idol-looking things could fall, but I’m not going to bother. If you want to spend an hour deducting that and staring at pictures of hands, be my guest. There is little I dislike more in reality television programming than the usage of someone’s injury or illness as a ploy to pull in viewers for next week’s episode. I’m going to leave it at that.

Not much to look at for this week, so I’ll keep it short and sweet.

1. Joe wins time with his dad at the reward challenge, be it by actually winning or by proxy when someone, I feel like it could be Spencer, chooses him and his dad to join him or her on the reward.

2. Tasha will win the immunity challenge. Nothing to back this up, I just think she’s due to win a challenge.

3. Joe will target Jeremy but Jeremy can pull an idol and will eliminate Joe. If I am completely wrong about all this, I’m going to make Abi my backup elimination candidate since all she did the last episode was frustrated people.

2 responses to “Next Time On… Survivor: Cambodia Episode 12”