At the end of each episode, we are treated to that same magical catchphrase promising us another episode of Survivor goodness: “Next time on… (dramatic pause) Survivor.” What I will be doing in this little companion series is taking what we know from the episode we just watched, combine it with the tiny preview we get at the end of each episode, and predict what we should expect in the coming week’s episode. At the end of the day, it’s all speculation and guess-work based on a combination of gameplay and editing, but it’s fun to try and work it all out.

With that explained, let’s try to figure out what we can expect next time on… Survivor. 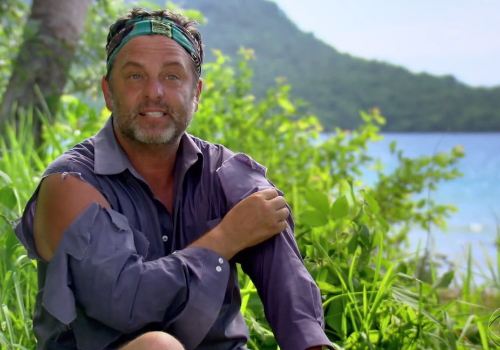 It’s somewhat clear to see that Jeff Varner has already become a central character of the season after just one episode. He smoothly played both sides of his tribe; essentially controlling the first vote-off, and he is bold enough to stop a tribal council dead in its tracks to confirm whom his tribemates were voting for.

On top of that, Jeff was one of the two primary foci in the episode two preview. First, we see him saying, “all of these threats… gotta go,” while walking with Terry. Next, we get a confessional from Varner stating that he doesn’t “like these people” as images of Kelley Wentworth, Shirin, and Spencer flash across the screen. This was followed by him saying, “it was a wake-up call. Get off your ass and play this game.”

This would lead us to believe that Varner doesn’t think he has aligned with the right people. For the first tribal council, Varner voted with Spencer, Kelley Wentworth, Peih-Gee, Shirin and Abi to eliminate Vytas. If Varner wants to start targeting the three tribe-mates who flashed across the screen in the preview, all he would need to do is get Terry, Kelly Wiglesworth, Abi and Woo on board. And why wouldn’t they? Terry, Kelly, and Woo need more numbers and Abi needs someone strategic to cling on to. This could be bad news for someone like Spencer who Varner often named as one of the first people he wants out. 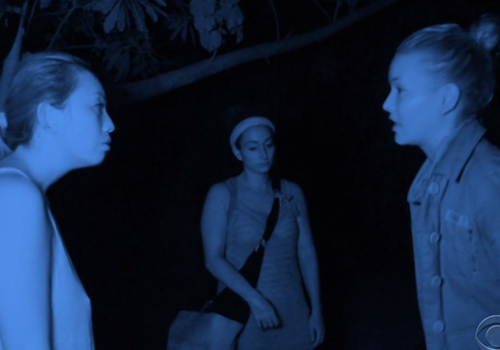 Abi had a bad premiere episode. In a turn of events oddly similar to a moment she had in the Philippines, Abi couldn’t find her bag with her “super power” bracelet in it. It turned out Peih-Gee had the bag and bracelet without realizing it was Abi’s. Abi told us in confessionals she was holding all of her rage back to try and appear more levelheaded to her tribe-mates. Of course, going to each and every one of her tribemates and telling them that Peih-Gee had her belongings doesn’t exactly come off as level headed; it’s little more on the crazy-obsessive side.

According to the preview, Abi is going to blow up at her tribe. If she’s on the right side of the numbers like she was in the previous vote, she might just be safe as a free number in the dominant Ta Keo alliance. If she becomes too unreliable to her tribemates, they may just get rid of her before they have to deal with her during the more trying times of the game. That said, if my predictions about Jeff Varner are true, Abi is going to be safe and in the majority Ta Keo alliance and her craziness may just help her be a deflector from the scheming of her alliance members.

Part 2: What’s Going Bayon? (Or, Why You Shouldn’t Worry About Fishbach) 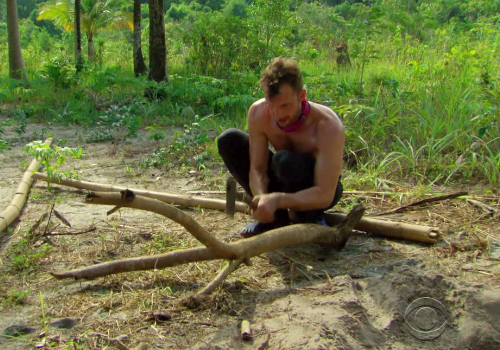 In my opinion, the most prevalent players on Bayon in the premiere were Stephen and Savage. Savage is pulling together an alpha-male alliance between Joe, Jeremy, and himself plus Keith and Tasha. He has very clearly made himself the central leader of both his manly alliance and of the tribe in general. I think this is really bad for Savage; he very quickly becomes a target for anyone on his tribe who doesn’t feel they’re directly connected to him. However, I genuinely do not believe any of this is going to matter because of a combination of challenge strength (I believe Ta Keo is going to lose the next immunity challenge) and a game twist. Click here for that twist. If you want to avoid game spoilers, don’t click.

I also want to point out that the only two players we saw searching for an idol were Kelley Wentworth and Stephen. Kelley found an idol clue and managed to grab the idol at the challenge. Don’t you try to convince me that no one else in the entire cast went looking for a hidden immunity idol? This may be me reading the edit too hard, but I think Stephen was shown searching for the idol because he’s bound to find the clue. Whether he retrieves it at the challenge – we’ll have to wait and see.

Here’s what I think is going to happen Next Time On… Survivor:

1. Varner is going to flip which side of his tribe he is voting with, and either Spencer or Peih-Gee will be voted out as a result.

2. Abi is safe despite being a nuisance to her tribe. This will probably deflect attention away from Varner’s scheming.

3. The Bayon alpha male alliance isn’t nearly as sturdy as Joe’s pole, but really, it probably won’t matter in the grand scheme of things.

5. Kelley Wentworth will continue to be sneaky, sneaky.

9 responses to “Next Time On… Survivor: Cambodia Episode 2”