Last year, before the premiere of Big Brother 17, we looked at which former Big Brother houseguests would make for good Survivor contestants. CBS continues to promote cross-overs between its hit reality series, most recently when former Big Brother 16 houseguest Caleb Reynolds appeared on Survivor: Kaôh Rōng. Before that, Big Brother 12’s winner, Hayden Moss, made the jump to Survivor: Blood vs. Water, where he finished in 7th place.

Ahead of tonight’s Big Brother 18 premiere on CBS, Inside Survivor takes a look at which former Survivor players should trade rice for slop and take on the crazy world of Big Brother. 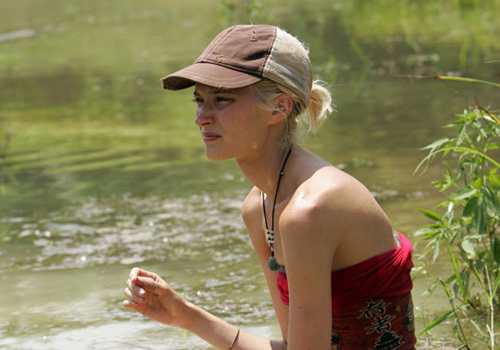 In our Casting Big Brother Players on Survivor article, we suggested that Britney Haynes was Big Brother’s answer to Courtney Yates. Well, it also works in reverse. Courtney and Britney share that same snarky, cynical outlook on the world, which makes them great comic foils to the uber-serious players around them. Courtney was a fish out of water on Survivor; a city kid that clearly wasn’t accustomed to the wild elements and intense challenges. Despite that, she fit in well socially with the majority alliance and came dangerously close to winning the game.

I actually think I would have been a better fit for BB than Survivor. But it was fun flirting with death in China ⚰💀 https://t.co/U7pbNPzhC4

Why She’d Be Good On Big Brother: Her Diary Room sessions alone would be gold! On Big Brother, we are usually laughing at the players, rather than with them, but Courtney would likely become the voice of the audience. Also, a house with all amenities would be much more her comfort zone than the desolate islands of Survivor – as Courtney herself pointed out recently on Twitter (see above). In a game where challenge weakness can be an advantage, Courtney could make a deep run on Big Brother, especially given her social ability. 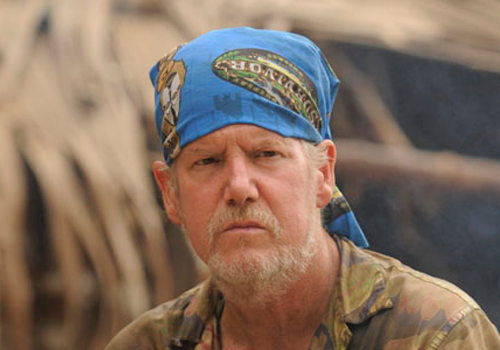 How about another former Heroes vs. Villains player? Randy Bailey, the self-declared “King of Gabon”, has recently been campaigning to get on Big Brother, and we think that would be all sorts of fantastic. Randy is a unique brand of dickishness. He is mean, but not so mean to be totally off-putting – probably because he is an equal opportunity offender. He hates everyone. His battles with Crystal, Sugar, and Susie throughout Survivor: Gabon were a constant source of comedy. Plus he suffered one of the most humiliating exits of all time at the hands of a fake idol.

Why He’d Be Good On Big Brother: We were robbed of more Randy grumpiness when he was booted early in Heroes vs. Villains, so why not give him a chance at another reality show? Big Brother hasn’t seen anyone quite like Randy before. Who doesn’t want to see a 50-something-year-old grump living amongst a bunch of twenty-something bartenders? Give him some booze and let him rip. He probably wouldn’t stand a chance of winning, but his entertainment value could quickly make him an unlikely fan-fave. 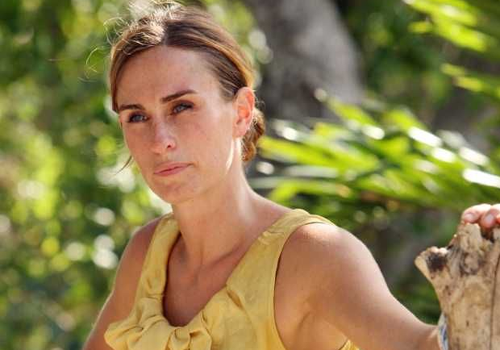 Big Brother hasn’t had a great history with all-female alliances. Every season we hear from the new female houseguests, “I want the girls to work together this season,” and every season our hopes are dashed. By Day 5, the Big Brother women are usually shouting and screaming and throwing one another under the bus. But if there is one person that could run a successful female alliance on Big Brother, then that would be Survivor: One World fembot, Kim Spradlin. She led a group of women throughout One World, manipulating them with her charm and smarts, and disposing of every man in her way on her path to the million.

Why She’d Be Good On Big Brother: She is strong, athletic, smart and likable. While that might be threatening to the other houseguests at first, Kim has a natural ability to draw people towards her. An early Head of Household win could allow her to build a solid foundation, gather her troops, and march through the game. The worry would be that her dominance might lead to a dull season. But if things go wrong, Kim on the block and in trouble could be fascinating to watch. 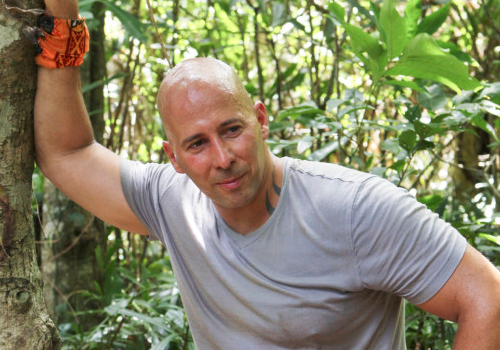 In Big Brother 16, Providence, RI cop Derrick Levasseur controlled the majority of the game and took home the $500,000 prize at the end. Just a few months earlier, New Jersey cop Tony Vlachos had been crowned the winner of Survivor: Cagayan. Tony’s style was a lot different than Derrick’s. Fans, while impressed with Derrick, criticized him for suffocating the game, making it predictable and boring to watch. Tony, on the other hand, took to the game of Survivor with bluster and wild-eyed craziness. He played a game that was smart, but also unpredictable and highly entertaining.

Why He’d Be Good On Big Brother: It’d be fascinating to see if Tony would change his game style on Big Brother. Hopefully, he wouldn’t. His manic personality and non-stop gaming would keep everyone on edge – fans and players alike. He built spy-shacks on Survivor. On Big Brother, he’d be constructing pillow forts. His target might be too huge to overcome, but at least on Big Brother, there are more places to hide, and more opportunities to save yourself. One thing is for sure, with Tony on Big Brother, it’s unlikely we’d see many “house votes.” 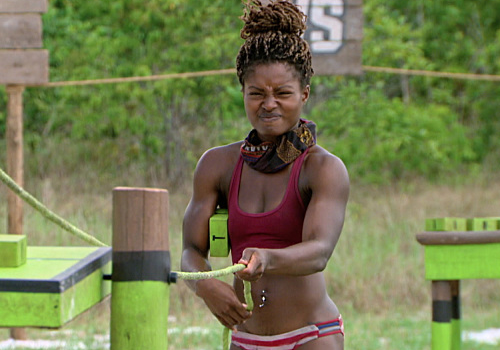 Cydney proved to be one of the best Survivor players in recent memory during her time on Kaôh Rōng. She carved her own path in the game, refused to rely on others, made moves, and almost reached the Final Tribal Council. She gave excellent confessionals and showed that she had a great ability at reading people. But it felt like we didn’t get to see as much of her as we could, and should, have done. Survivor only scratched the surface of what Cydney could offer as a player and character.

Why She’d Be Good On Big Brother: Cydney was asked to return for next year’s Survivor: Season 34, which is currently filming in Fiji, but the timing was too soon. With her body-building career, she needed more time to recover, and couldn’t risk dropping muscle mass again. She said in exit interviews that she would probably reconsider in a few years. Big Brother, on the other hand, is nowhere near as taxing on the body as Survivor. Even though she might be away longer, Cydney could keep up her fitness regime within the house, while also allowing us to see more of her as a character and kick-ass player. 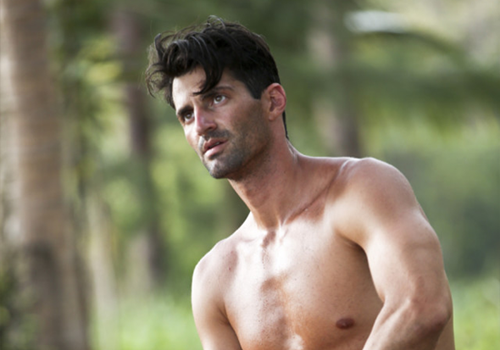 Nick just looks like he should be on Big Brother. Young, white, athletic, kinda douchey. He fits the stereotypical CBS casting of Big Brother houseguests. The thing with Nick is that there was a Survivor superfan lying beneath all the bravado, and if he focused more on being real in the moment, rather than closing off his emotions, he could have done a lot better than he actually did on Kaôh Rōng.

Why He’d Be Good On Big Brother: With the show lasting for three months, there is no way anyone can maintain a false persona for the entire duration. Nick would have to show more of himself, and that could be to his benefit. He looks like any other Big Brother alpha dude, and so people would likely underestimate his intelligence, and that could allow him to manipulate the game. He could quite easily do what Hayden did, but with more of an evil streak.

Those are the six names that first came to mind when deciding which Survivors could fit into the world of Big Brother. With cross-over contestants becoming more and more frequent, who’s to say we won’t be seeing one of those names on a Big Brother cast soon.

Let us know in the comments who you’d like to see from Survivor on a future season of Big Brother.