Big Brother Canada is rising from the ashes following its mid-season shut down last year due to the coronavirus pandemic. The ninth season will premiere tonight at 7 PM on Global TV with weekly episodes airing Wednesdays, Thursdays, and Mondays.

But before we get there, Inside Survivor contributors Garrett Stanley and Gia Worthy got together to draft their teams and assess the 14 houseguests competing for the $100,000 prize. 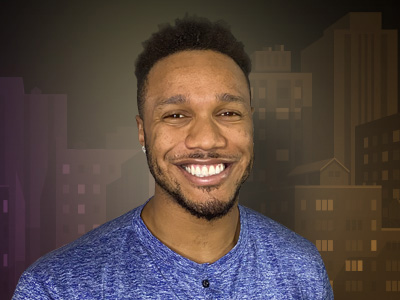 Based on first impressions, Tychon is here to win it all. What’s more, he doesn’t plan on relying on a singular attribute or skill to get to the end. He wants to make a co-ed alliance that is balanced with social, physical, and mental strengths, and he is willing to do whatever it takes to win.

He also set himself apart from his competitors in the rapid-fire questionnaire, where he was one of the few houseguests that chose “Villain” (between “Hero” or “Villain”) and “Nomance” (“Showmance” or “Nomance”). It sounds too good to be true, but I’m cautiously optimistic about my top pick of the draft. Tychon is one of the players I’m most excited about, so let’s hope I’m not overhyping him. 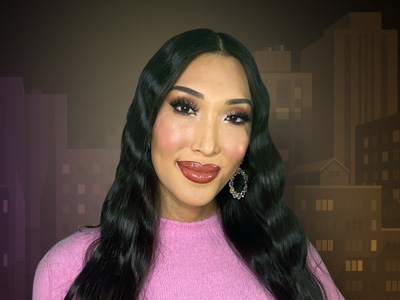 This season’s self-described social media influencer and alpha female, Julie immediately stands out as the biggest fan on the cast. Her super-fandom wouldn’t be obvious unless she were to tell you, which makes me think she has the smarts to lay low and then take control in the later weeks of the game.

If she can survive early on, I’m confident that her social bonds will get her to the end of the game. Julie is also very proud to be BBCan’s first openly transgender houseguest, which is a welcome change. My only worry is that Julie comes in shot out of a cannon and plays too hard too fast, winding up on the block in week two or three. 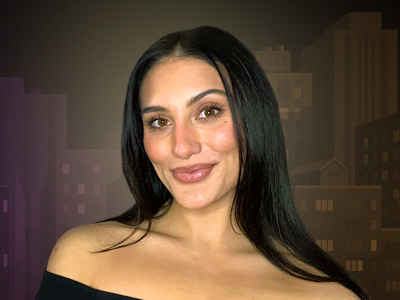 Austin is a Big Brother superfan, so she’s automatically high on my list. While she wants to start the game playing under the radar, do not dismiss her as furniture quite yet.

In her rapid-fire questionnaire, she picked “Competition Beast” over “Floater,” which makes me nervous since it contradicts her plan to lay low. However, perhaps this means that we can expect her to have a winning streak once the numbers start to dwindle. She wants to play a flirtatious game and is open to a showmance, which could work for her if she plays her cards right. If anyone could maneuver that strategy, I think it’d be her! 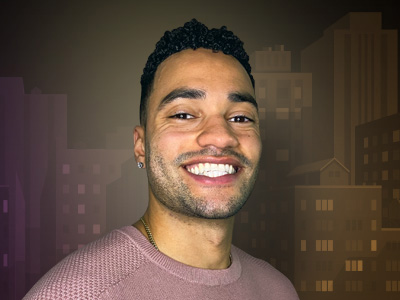 Looking at previous Big Brother Canada seasons, Jed seems like the perfect candidate to make it far. He’s a personal trainer/model, and he’s single, which sounds like the perfect recipe for a showmance. Whether or not Jed can parlay his showmanceability into a winning game remains to be seen, but it seems like all the pieces are there.

Jed’s game plan revolves around winning competitions, so if he can get in tight with a strong social/strategic player, they would be a deadly combination. Jed isn’t the most outrageous personality, but that might let him blend in on a season with a very eclectic cast. My biggest concern with Jed is whether or not he will be able to keep his head in the game. 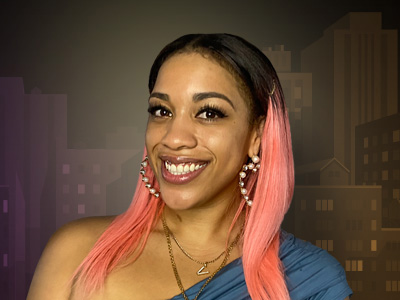 If I’m going off of who I most want to be friends with, Victoria is my first pick every time. She comes off as humorous and personable in her videos, and if she finds houseguests that she connects with, that could be her key to longevity in the game.

Of all the initial strategies we’ve read about, Victoria’s is one of the most manageable—find a female bestie to divide and conquer the house with, and then ask one of the stronger guys if they want to secretly work together. For personal and entertainment reasons, I want these plans to work out for her (and my draft). 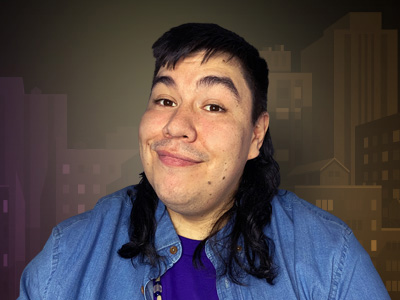 Kiefer is one of my favorite people on this cast for several reasons. His chill attitude and honest demeanor are very welcoming, while his humor is very quick and witty. Kiefer seems like he will be able to go really far on his social game alone. If he shows some strategic chops, I will wager he could be a strong player.

As a viewer and someone who is not familiar with the Haida people, I am very hopeful that Kiefer will get the opportunity to share his story. Kiefer’s best bet is to use his warm personality to diffuse people from catching onto him as he makes his moves. 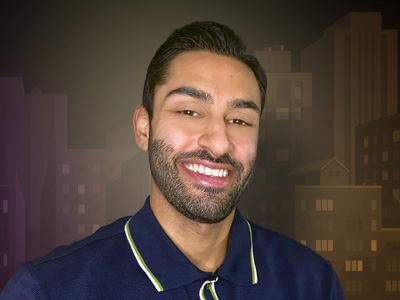 Rohan’s profile describes him in four words: confident, athletic, strategic, and charming. The perfect recipe for a fantastic Big Brother player… as long as he’s legit. He wants to make an alliance of players with different skill sets, but he specifically says he wants it to be composed of five people.

Based on his rapid-fire questionnaire, he wants to come off as the strategic mastermind of the season. He’s also one of the few players to choose “Floater” over “Competition Beast,” which I personally love. If he really is the strategic villain that he’s hyping himself up to be, I hope he’s here for the long haul. 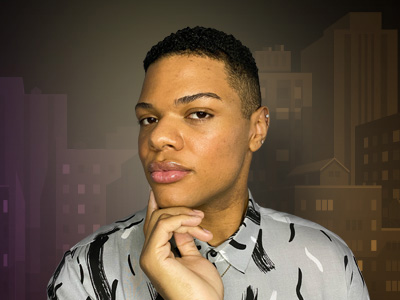 Breydon oozes personality and charm, which as a viewer, is very compelling! I want to be able to watch him all season long. Breydon is also clearly a fan of the show, which is always a plus. As someone who describes themselves as petty and spiteful, Breydon is going to bring the heat when it comes to the game.

My worry with Breydon is that people will catch on very quickly to how likable he is. Breydon could have a pre-jury rise and fall that is all too familiar. Canada, however, will likely be on Breydon’s side. With so many twists being voted on by Canada, a true fan knows that winning their love is one of the best strategic decisions you can make. Breydon is already moving in the right direction. 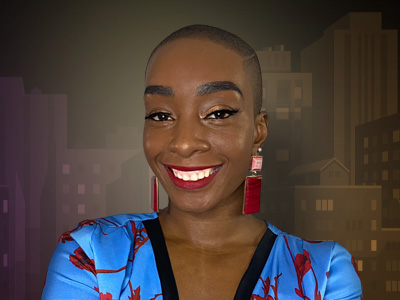 Latoya plans on going undercover by not revealing that she is a police officer. Considering how well police officers have been known to do in these strategy games, this is already a step in the right direction. She wants to make many alliances and work to gain the trust of most of the house, and her outgoing personality can help her achieve that.

The one thing I worry about is how she said being deceitful will be her biggest challenge. It’s good that she doesn’t want to sacrifice her values, but it could affect her game if those values are too rigid. That being said, Latoya wants to show Canada what a strong female competitor is, so if there’s an all-girl alliance, I wouldn’t be surprised if she’s a part of it. 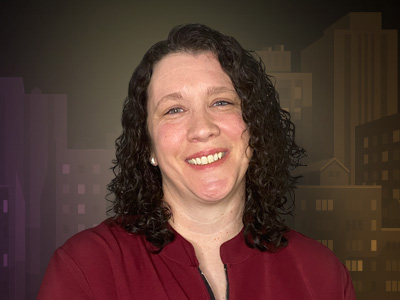 My first impression of Tina is that she is a joy to watch. Her jovial personality will likely make her a lot of friends in the house. Unfortunately, women who are older than the rest of the cast tend to be pushed aside, and Tina will need to put work in early to avoid that. The graphic designer will be most successful if she can let other people take the driver’s seat early on.

Like Tina says, she has a way of making people feel comfortable around her. If she can utilize that skill, she could not see the block for a long time. I think Tina’s greatest asset is being able to form discrete relationships with people who might not be an obvious ally. 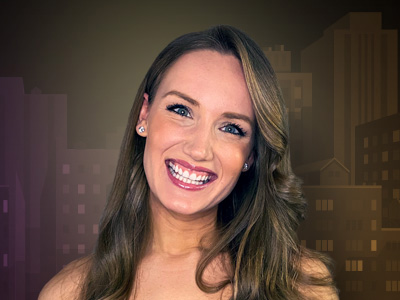 Beth is our resident country girl who plans on using her physical and mental strengths to her utmost advantage. Her biggest inspirations for her strategy are Tyler Crispen, Paras Atashnak, and Mitch Moffit, as she wants to find a ride or die immediately while tricking others into doing her dirty work. While she seems to have the warm and friendly personality to pull this off, my worry is that she’ll focus too much on being the fan-favorite to be cutthroat when needed. But if she proves me wrong, I won’t be mad about it! 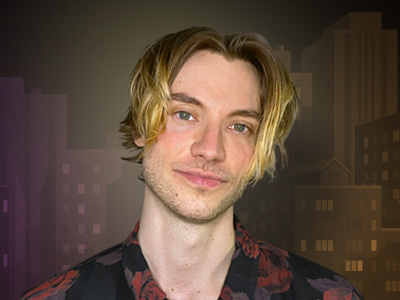 Unfortunately, when it comes to Josh, I don’t have a lot of faith in him as a Big Brother player. He doesn’t seem familiar with the show and already is getting a dufus edit in the cast videos as he talks conspiracy theories. Josh is the type of player who is likely to go home in the middle of jury at the expense of a better player’s move.

Josh has BB21 Kat upside, someone who is an entertaining underdog, but at the end of the day, he will probably only be in the Final 2 as someone’s goat. I hope Josh provides a lot of entertainment and humor as he bumbles his way through the game and not endless Elon Musk references all season long. 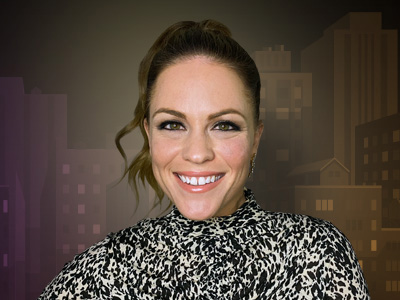 Tera’s a mom and spin instructor, so at the very least, she’s a more capable person than me. She plans on using the mom persona to her advantage by appearing non-threatening and unassuming; probably a wise choice for someone looking to be a floater early on.

However, Tera does say she has a big personality, so whether she’ll actually be able to play under-the-radar is another thing entirely. We don’t have much else to go off of in terms of her strategy, but perhaps there’s more than meets the eye of the woman who wants to be the first mom to win Big Brother Canada. 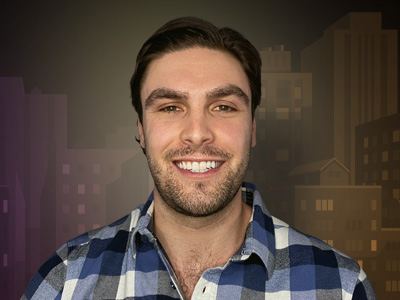 As the last-minute replacement for another cast member, there has been a lot of buzz around Kyle, both good and bad. Every season of BBCAN has a hockey player, it seems. Many of them go far; two even won! At this point, the other houseguests might have learned their lesson—get the hockey player out while you can still backdoor them!

Kyle seems like a personable enough guy; if the other houseguests don’t see him as a threat, we could be looking at hockey player win number three.

Garrett is a Seattle local, hopeful comedian, and journalist for Arizona State University’s State Press Magazine. Besides keeping up with all of his reality TV, Garrett likes to cook, backpack, and act. Garrett is a lifelong Survivor fan from a family of casuals.

2 responses to “Draft and Cast Assessment”

Report: The BBC In Talks to Relaunch Survivor UK