Sometimes in Survivor, it’s not about the ultimate destination of a vote but rather the journey that you take to get there. This episode, we went on a wild ride zig-zagging about the Fijian jungle that ultimately led us to a satisfying blindside to end another enthralling week of Australian Survivor.

THE TOP DOG IN TOWN

On the new Champions tribe, we left off with David and Luke managing to turn a 2-7 numerical disadvantage in their favour and somehow walk away unscathed and with an alliance. To be fair, I think this has less to do with David and Luke conjuring up magical gameplay and more to do with old Contenders tension bubbling over due to only attending one Tribal Council. It’s like turning on a pressure cooker on high and never releasing the steam—it’s bound to explode. The first opportunity the Contenders got to make a move they took it and ran with it. Nevertheless, the majority alliance within the new Champions tribe now consists of Luke, David, Daisy, Baden, and John.

After being blindsided at the last vote, Andy tries his best to do some damage control with David. He lets the model know that he had his best interest at heart and didn’t want him voted out despite leading a vote against him and trying to flush his idol. We come to learn later in the episode that Andy does have a lot of respect for David and has a genuine interest in working with him through the merge. Andy recognises that David is a very intelligent and strategic game player that is doing everything that he wishes he was doing in the game. In many ways, Andy has a child-like naivety in the way he looks up to David with his wide-eyed enthusiasm. 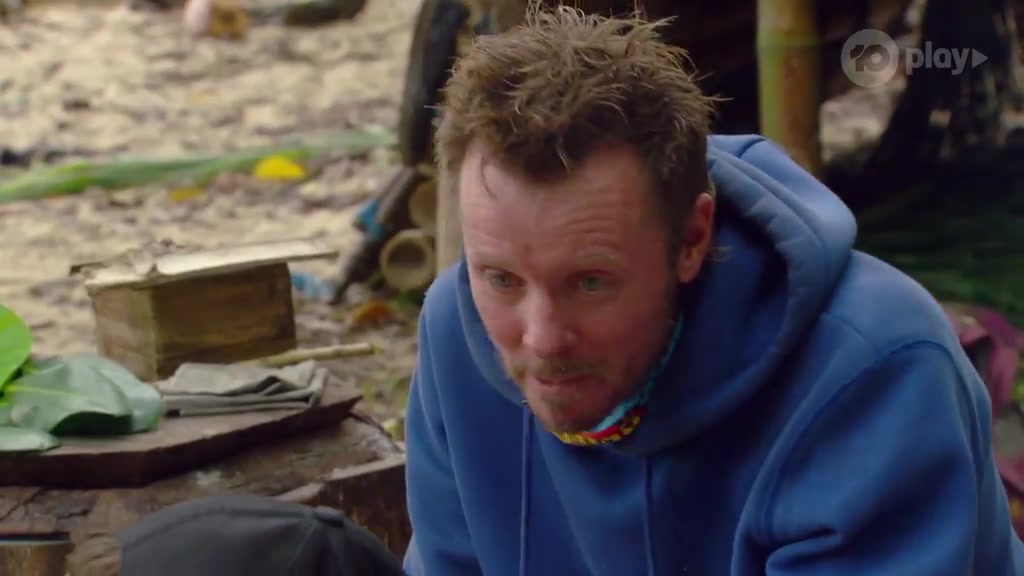 As this season’s resident “ultra-fan”, Andy thought that he was going to be the person who would be dictating the strategic element of the game. Now that David has come along and completely swept him to the side, Andy has surrendered like a puppy dog and wants to follow the Golden God around so that he can hopefully impress him with his own strategic acumen. David also acknowledges this in his own confessional, saying that even though Andy is the head of the snake, he is harmless and doesn’t see the need to get rid of him yet. David sees right through all of Andy’s lies and doesn’t see much threat in his gameplay. At this point, David has all the power in the world to win this game and steamroll to the end—his biggest enemy standing in his way is his own ego.

Meanwhile, there are the rumblings of a revolt against Daisy, the betrayer of the old Contenders. Sarah is incredulous of the fact that a member of the Contenders tribe would turn their back on one of their own so quickly. She wants Daisy gone immediately, as she is seen as the source of divisiveness within the tribe. With the help of Hannah, Baden, and Andy, she believes that she can pull off a blindside to send Daisy packing. 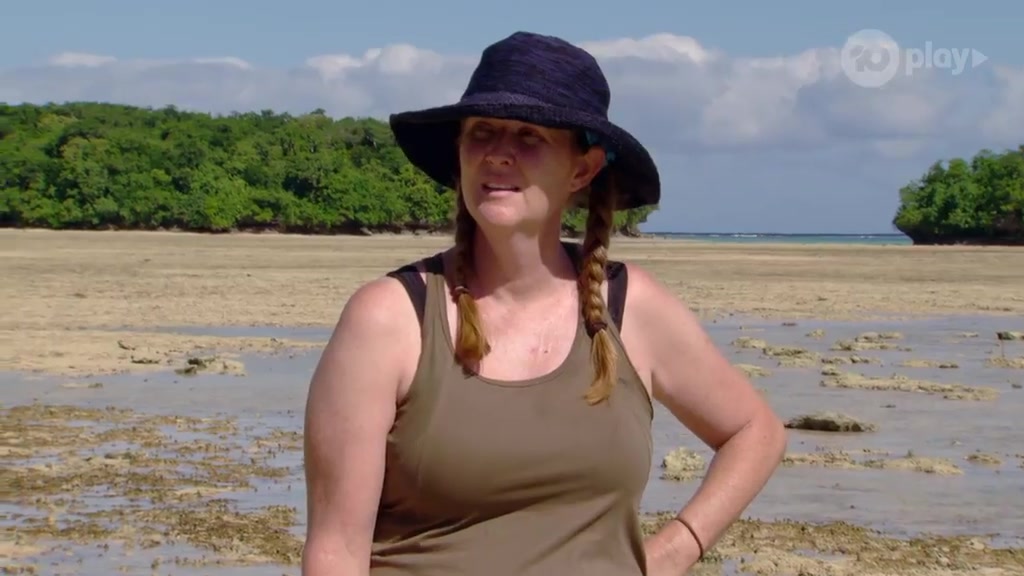 I just want to make a quick mention of how impressive it is that Baden now finds himself in a swing vote position where he can play both sides of the tribe. Even though he ultimately stays strong with his new alliance, the fact that he has options in his game leaves him in good stead. Considering that he was almost voted off second in this game, it’s definitely a testament to his charm as a player that he can now market himself as a valuable number.

THE CHERRY ON TOP

Over at the new Contenders tribe, the story is all about Harry. The former Champions outnumber the old Contenders 5-4, and Harry and Casey are both perceived to be on the bottom as they are the two physically weakest and most openly strategic. Harry spends half the episode in disbelief of the fact that the Contenders imploded at the last Tribal Council and sent Sammy home. This acts as a slap in the face for Harry, and he vows to take control of his own game and defeat the Champions by playing a strong social game where he can slowly infiltrate them.

Once Ross finishes spewing up his lattes at the Survivor Café reward, Harry attempts to engage in conversation with the old Champions tribe members in hopes of building some working relationships. However, the ex-Champions give him the cold shoulder, not allowing him many opportunities to speak to them. Harry tells us that he gravitates towards Janine as someone smart, successful, and strategic and that he’d like her as an ally. Janine doesn’t shoot him down like the rest of the tribe does, and they agree to start having some more thorough conversations about the state of the game later down the road. Nothing much comes from this right now, which I can only assume signifies some foreshadowing for the future. 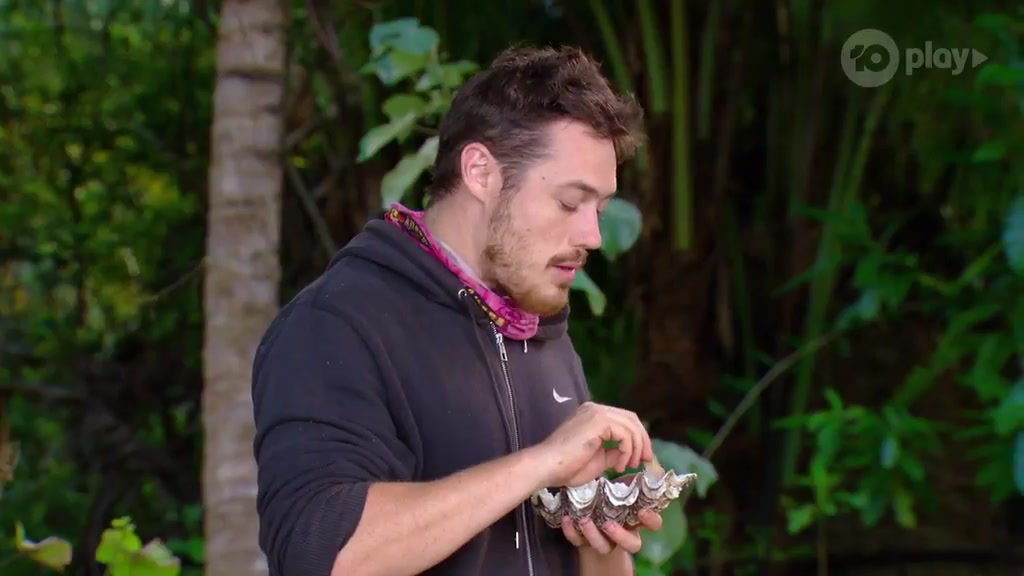 Back at camp, we get one of the most fun and unique instances of Survivor editing. Harry and Casey are on the bottom and desperate to save their games but choose to go about it in two different ways. Harry is left with no choice but to run out into the woods and look for a Hidden Immunity Idol. Casey (welcome to the show by the way), on the other hand, is relying entirely on her social game and tries to make inroads with the strong alliance of Janine, Abbey, and Pia.

As Harry scampers around the jungle in the dimming light of dusk, Casey cosies up to Abbey in the shelter to discuss possible targets. We bounce back and forth between these two scenes as if to suggest they are happening simultaneously. Abbey confides in Casey and tells her that her name hasn’t been thrown out as a target, but Harry’s name has. When Abbey asks if she would be willing to vote out Harry, her fellow Contender, Casey cautiously says yes. But guess what?! As Casey tells Abbey what she wants to hear, Harry finds a delicious cherry in the form of an Immunity Idol to place on top of his sundae. The women may now be targeting Harry, but he has secured himself power in the form of safety.

Having lost a second consecutive Immunity Challenge as a newly formed tribe, David gathers Luke, Daisy, John, Baden, and Andy to declare that Sarah is the target due to her lack of challenge ability. The destination seems quite straight forward and linear. Although a series of bumps in the road will cause excitement around camp.

Unlike the last vote, Andy is now in on the plan with the majority alliance but continues to play the middle and act naive towards Sarah and Hannah. He tells Sarah that the boys (Luke and David) are keeping him out of the loop and that he’ll go along with Sarah’s plan to vote out Daisy. However, this doesn’t remain secret for long, as Andy tells Daisy everything that Sarah is planning. Little does he know, Sarah is standing right outside the shelter listening to everything he’s saying. Now absolutely infuriated, Sarah runs into the woods and bumps into Luke, Baden, and Hannah and appropriately hangs Andy out to dry. Daisy isn’t her target anymore—even though she might’ve flipped on the alliance, Andy’s actions were a personal affront to Sarah in the game. 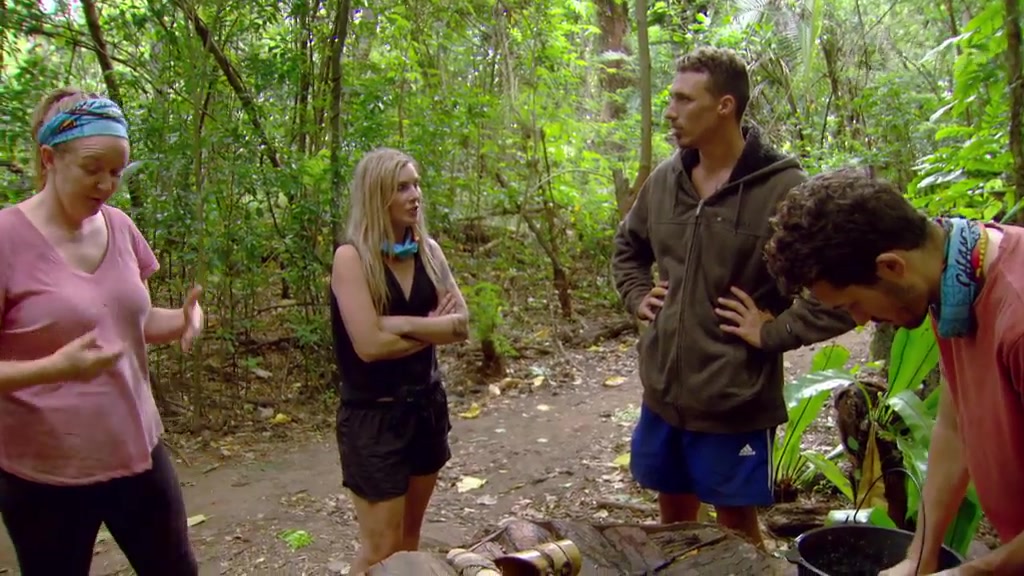 David’s compass for drama eventually leads him to the woods with Sarah and company where they agree to vote out Andy, the middle man who is playing both sides. David plays this scene so well because it’s so clear that he relishes these situations of conflict and knows how to stoke the fire and escalate the situation. Not only does David own up to the fact that he was planning on voting for Sarah, but he is also the one who suggests to the group that they should team up to vote Andy out. In a 10-minute time span we have had three different “alliances” come together to create three different voting plans with no clear indication which will prevail heading into Tribal.

In the end, all of this is for naught because whatever David wants to happen is what will eventually happen and Sarah is voted out of the game. It’s worth mentioning that the conflict between Sarah and Andy does come to a head at Tribal, but at that point, everyone had already heard about it back at camp that it was hardly news. To his credit, Andy handles it seemingly well, but a brief side-eye shared between David and Luke shows us that anything Andy says is falling on deaf ears.

This vote was fun to watch because the destination was set as soon as the tribe came back from the Immunity Challenge. Yet, there were so many detours along the way. The old Contender tribe members were practically falling over each other to try and throw one another under the bus. It was a fun scramble fest that ended in a satisfying blindside.

Dylan is a journalism graduate living in Sydney, Australia. He likes cooking, playing board games, playing tennis, and thinking he is better at them than he actually is. After living most of his life as a closeted Survivor fan, he is now finally embracing his one true passion. Dylan writes Inside Survivor’s episode recaps for Australian Survivor.