The season finale of Survivor: Ghost Island is almost upon us and the question on everyone’s mind is NOT who is going to win (I mean, come on, it’s obviously Dom or Wendell), it’s whose outfit will steal the spotlight at the reunion show.

Over the years we’ve seen a wide array of finale night outfits, from suave suits to dazzling dresses and everything in between. Here are ten of the all-time standouts as curated by the Inside Survivor team. 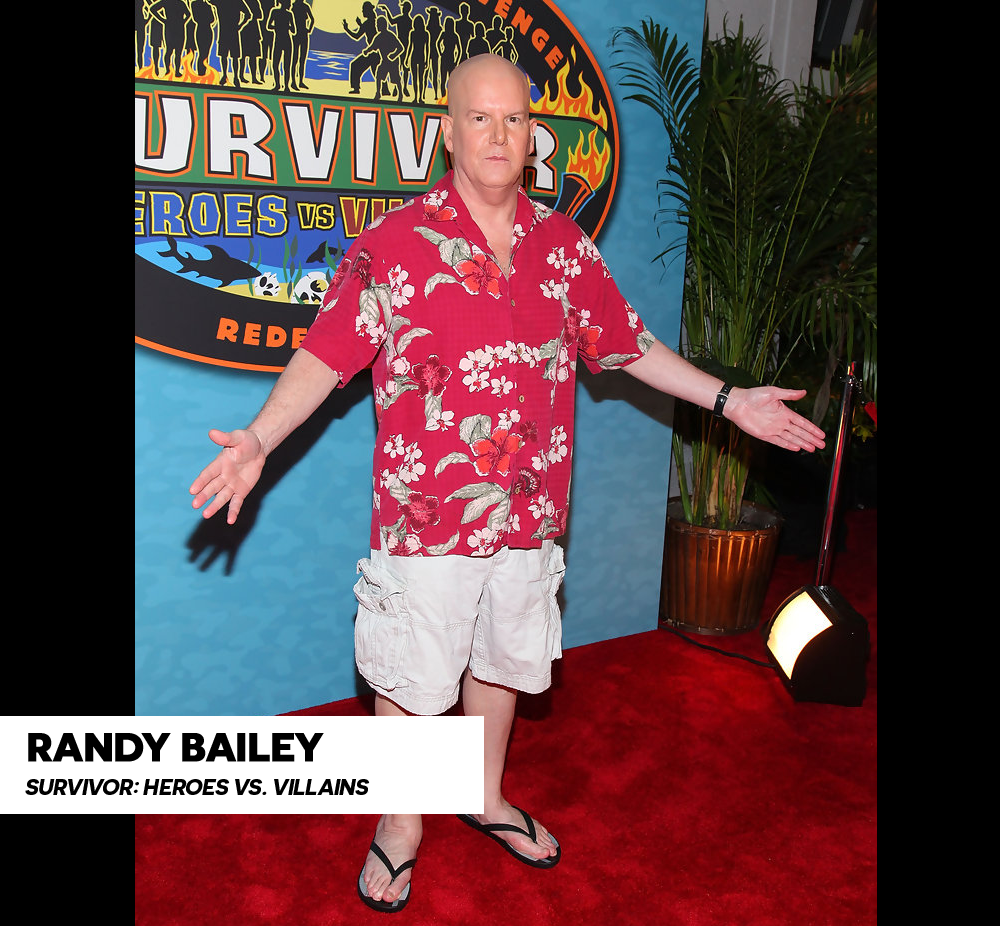 Randy Bailey turned up to the Heroes vs. Villains reunion looking like a lost tourist who had knocked back one too many free cocktails, wandered off the cruise ship and forgot his way back to the port. The funniest thing is this was the same shirt he wore on the actual island. 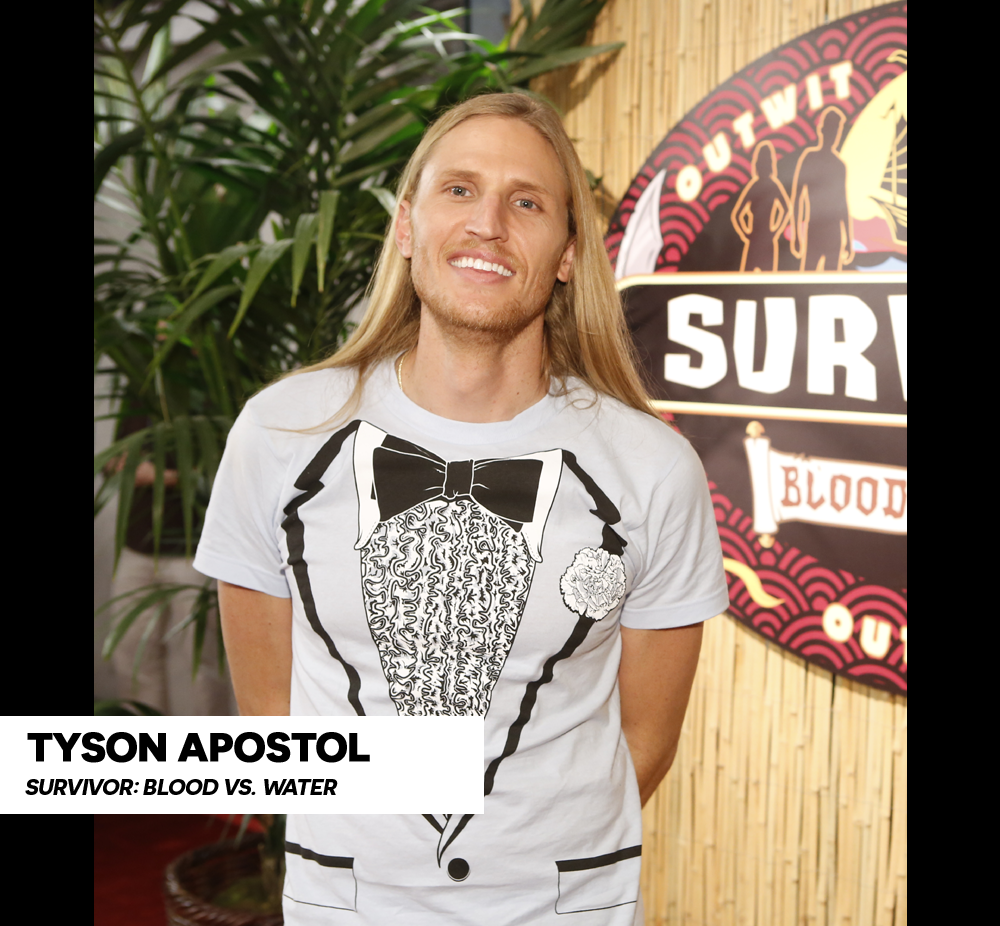 Tyson Apostol celebrated his Survivor victory in Blood vs. Water in a tuxedo t-shirt, which in the words of John C Reilly in Talladega Nights “says I’m formal, but I’m here to party,” and that about sums Tyson up. 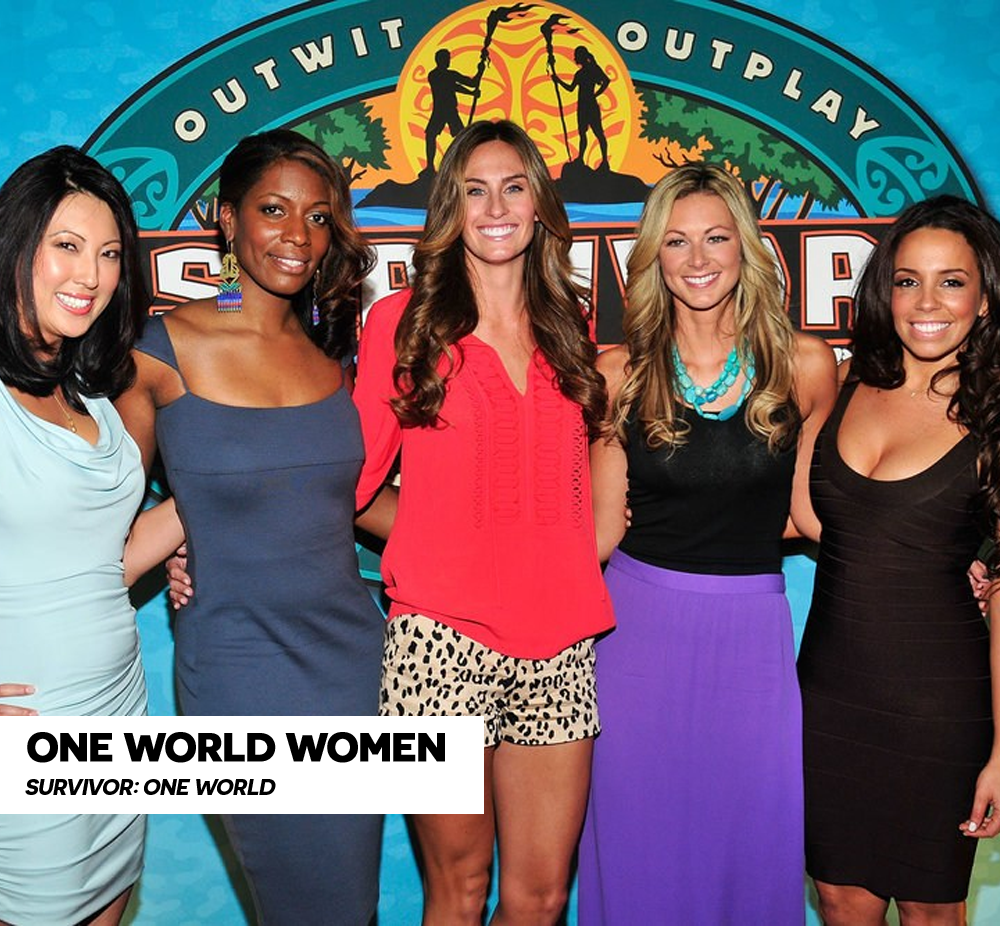 Some finale outfits are funny, some are bold, and some are just classy as f**k. And I know “classy” is not a word you’d often associate with One World, but these five women – Christina Cha, Sabrina Thompson, Kim Spradlin, Chelsea Meissner and Alicia Rosa – lit up the front bench with their stunning jewel tones. Though I suppose anyone looks good sitting next to Troyzan. 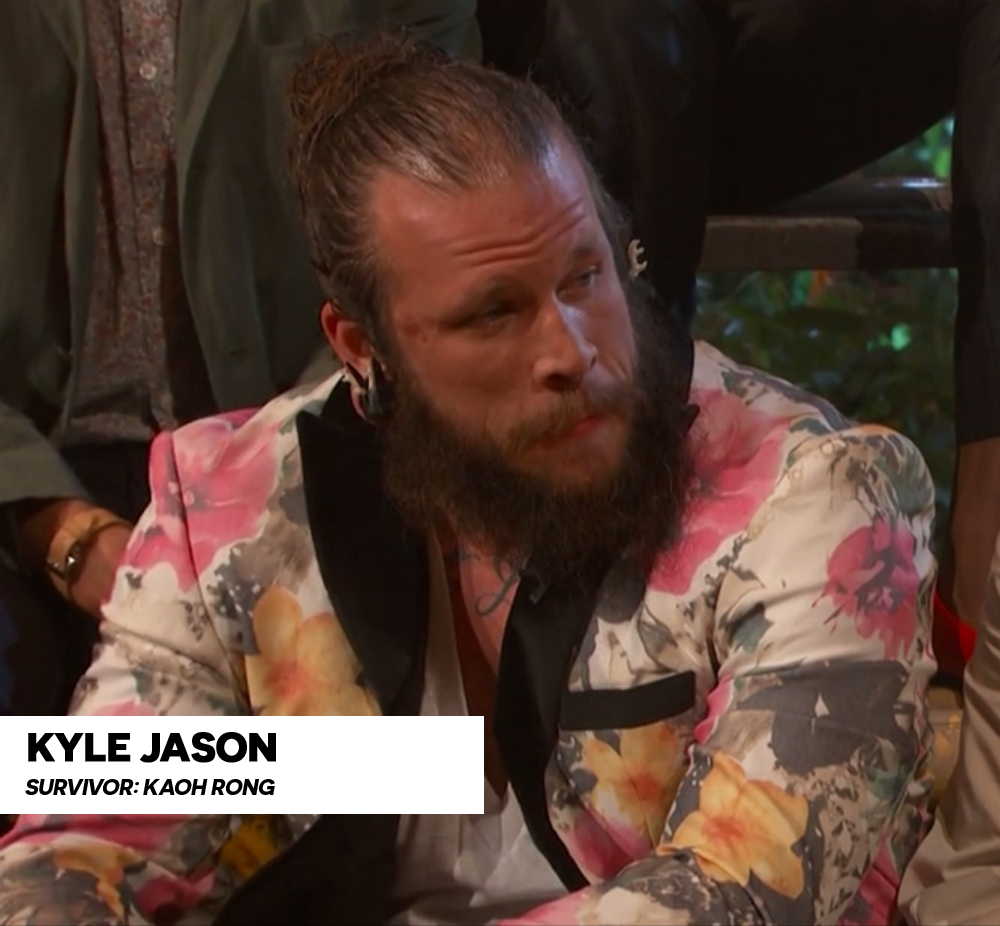 Kyle Jason wasn’t the most likable person during Kaoh Rong – a vulgar, brutish alpha-male type. He’s the last person anyone would have expected to turn up to the reunion show in a jacket that even Liberace would deem “too garish.” 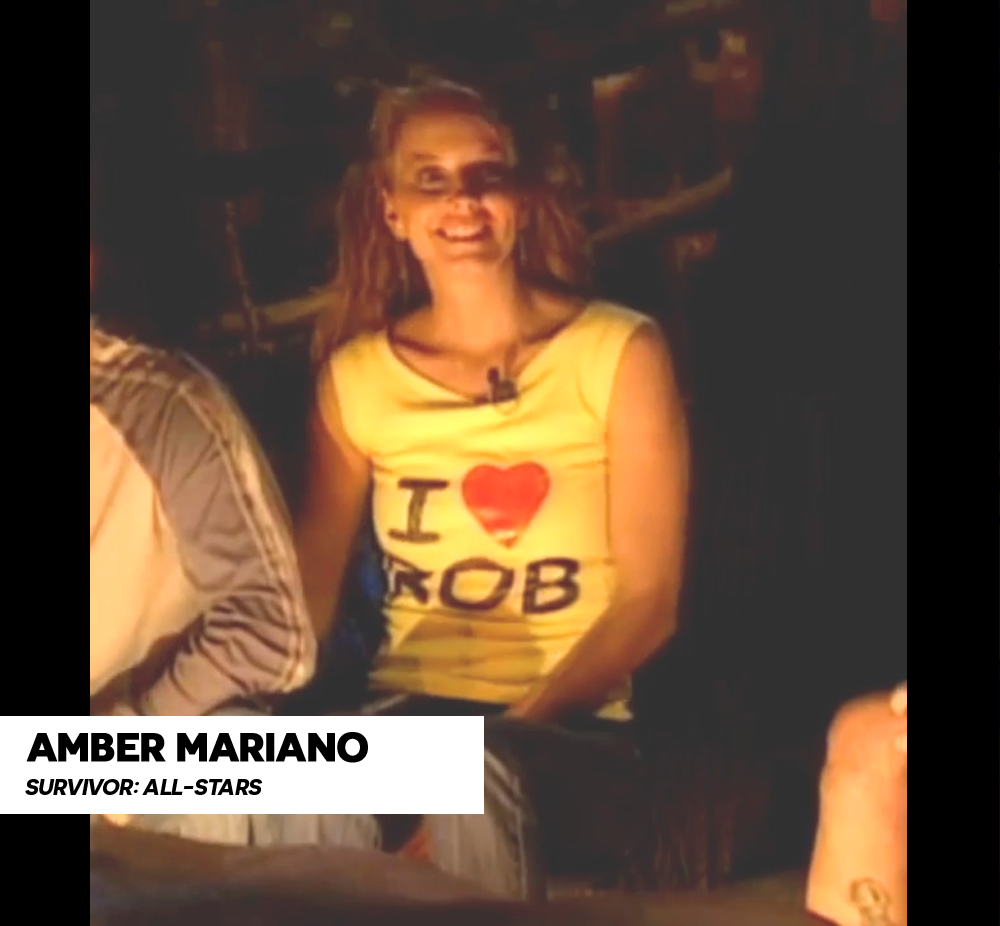 What better way to say you love someone than a t-shirt inspired by the New York tourism board? Amber bagged herself $1 million and a husband at the All-Stars finale and she wanted to let the whole world know about it. 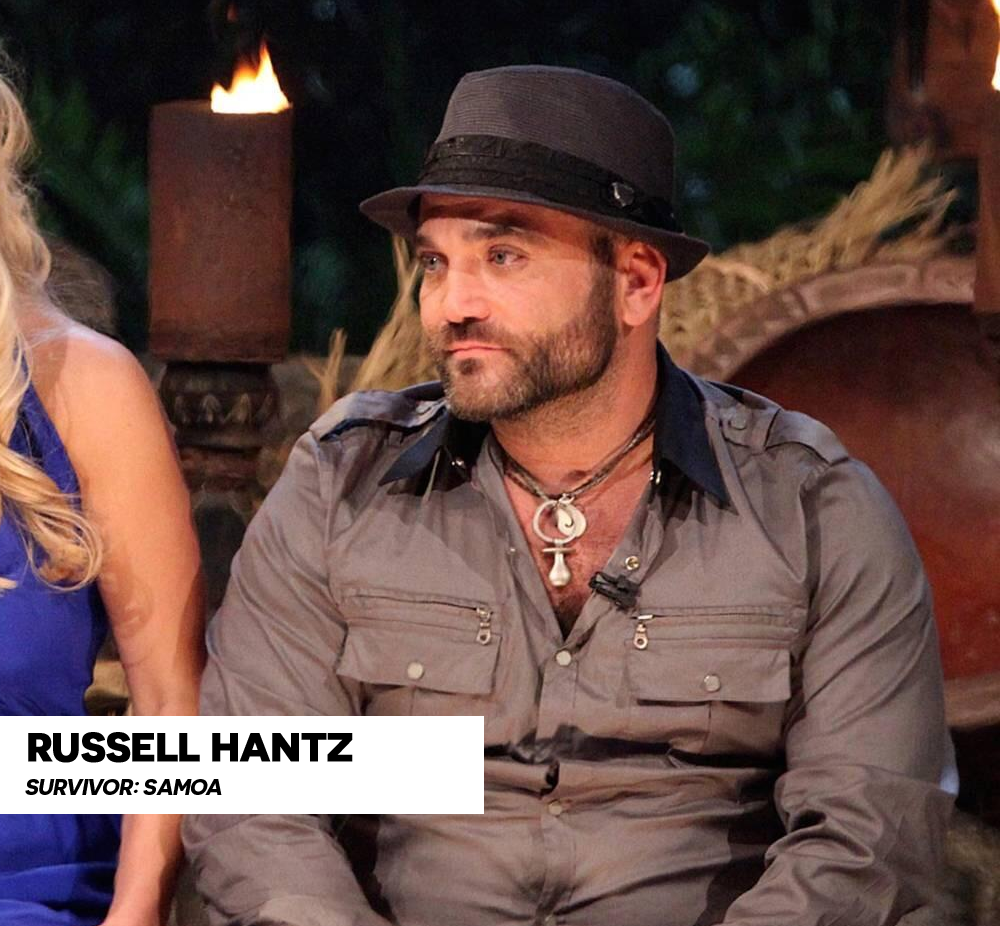 In the controversial Survivor career of Russell Hantz, the Samoa finale was his first brush with humiliation, losing out to whom he deemed a much weaker opponent, Natalie White. He didn’t help matters by appearing on the reunion show looking like he’d just been kicked out of a Fall Out Boy tribute band. 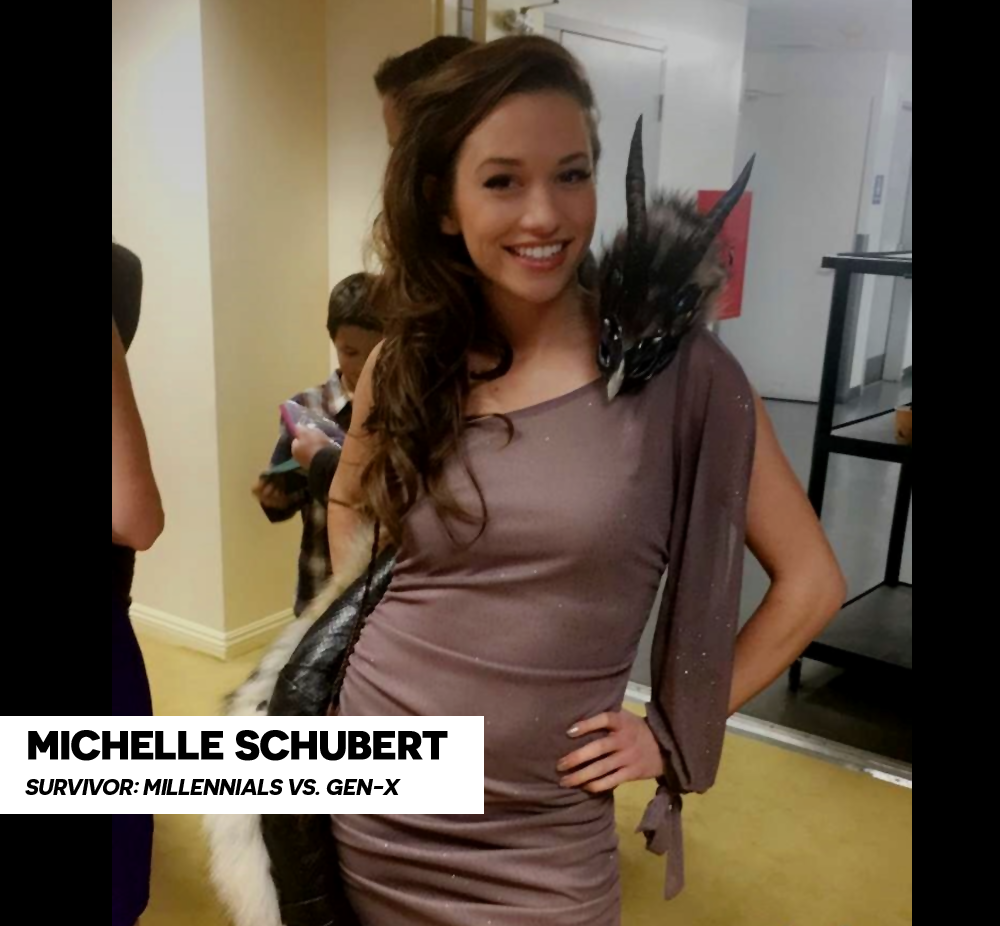 Not even the Dragon Slayer himself Coach Wade would be brave enough to rock up to a Survivor finale with an actual dragon draped across his shoulders, but it was no big deal for Millennial vs. Gen-X‘s Michelle Schubert, who brought Khaleesi-chic to the reunion show. 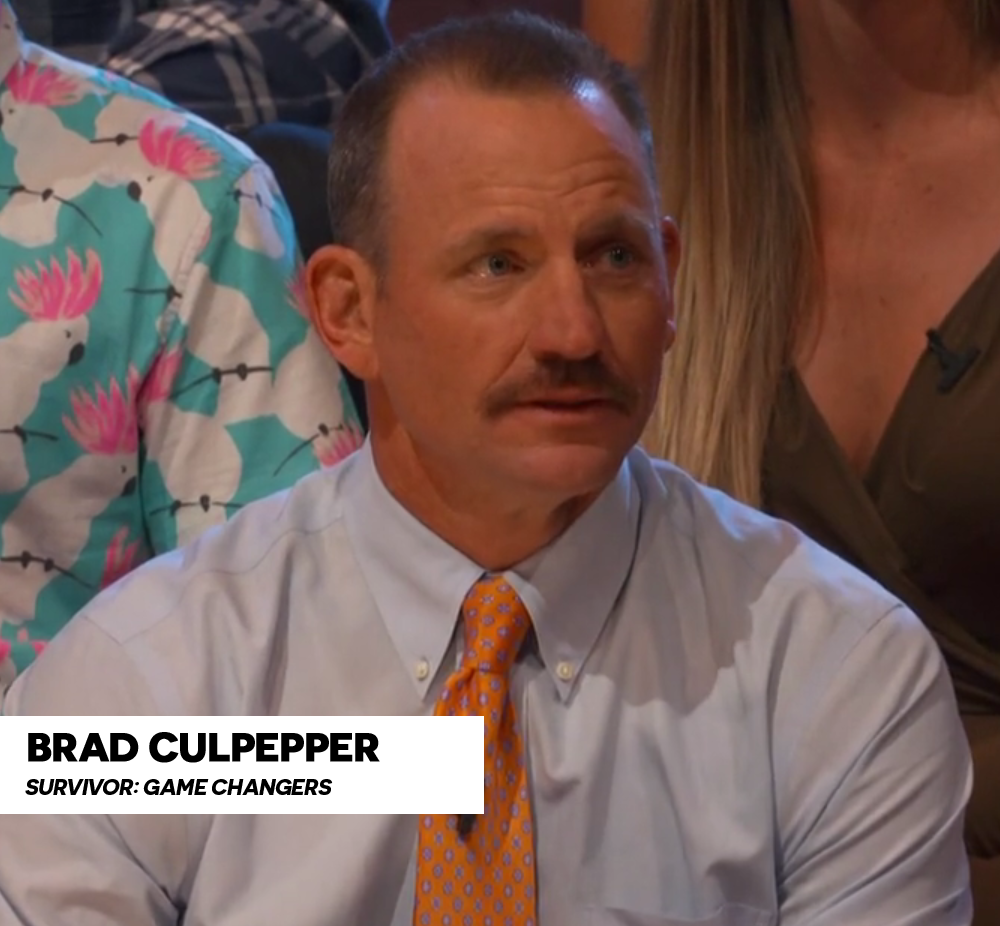 It takes a certain kind of man to pull off a moustache and Brad Culpepper is not that man. Maybe he was so embarassed by his behaviour in the Game Changers finale that he thought he could avoid detection at the live reunion with this Geography teacher disguise. It didn’t work, and the tache was gone moments later for the red carpet press. 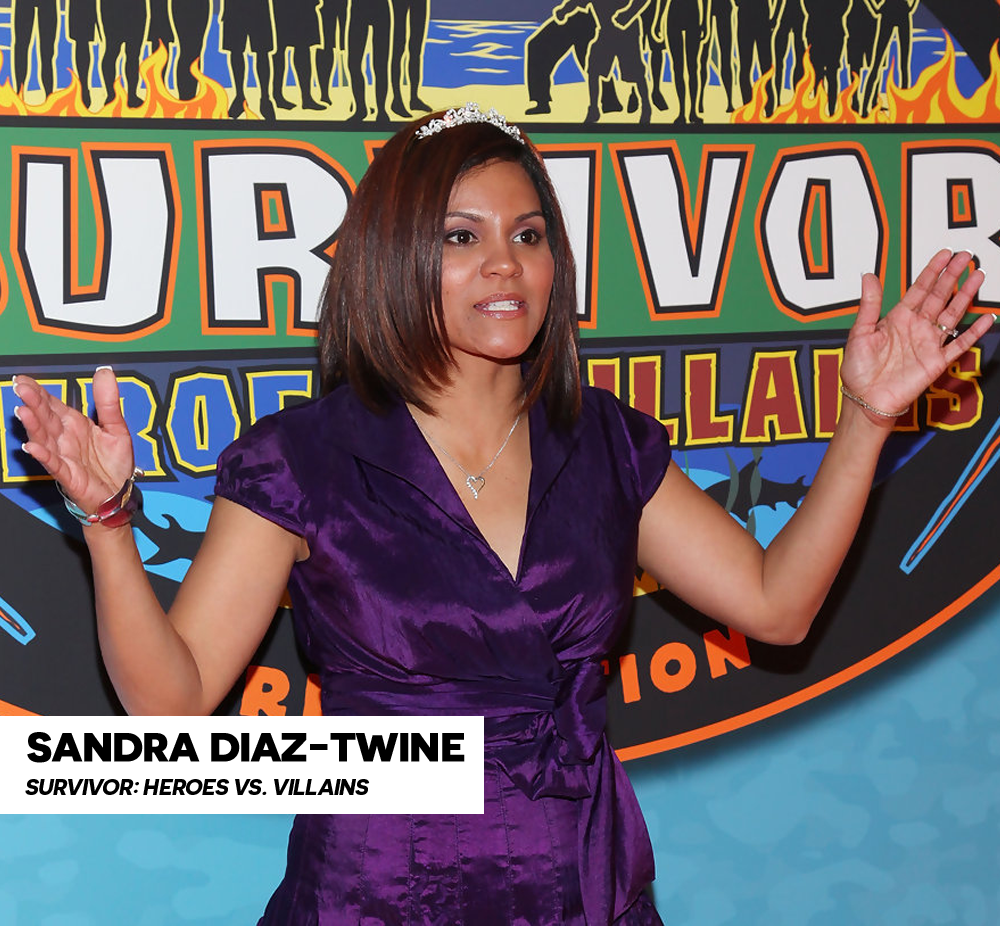 Nothing says ‘I just won Survivor for the second time’ better than a crown tiara. Well, that and the $2 million in your bank account. Sandra Diaz-Twine came to the Heroes vs. Villains reunion dressed for a coronation and on that night cemented herself as the queen of Survivor. 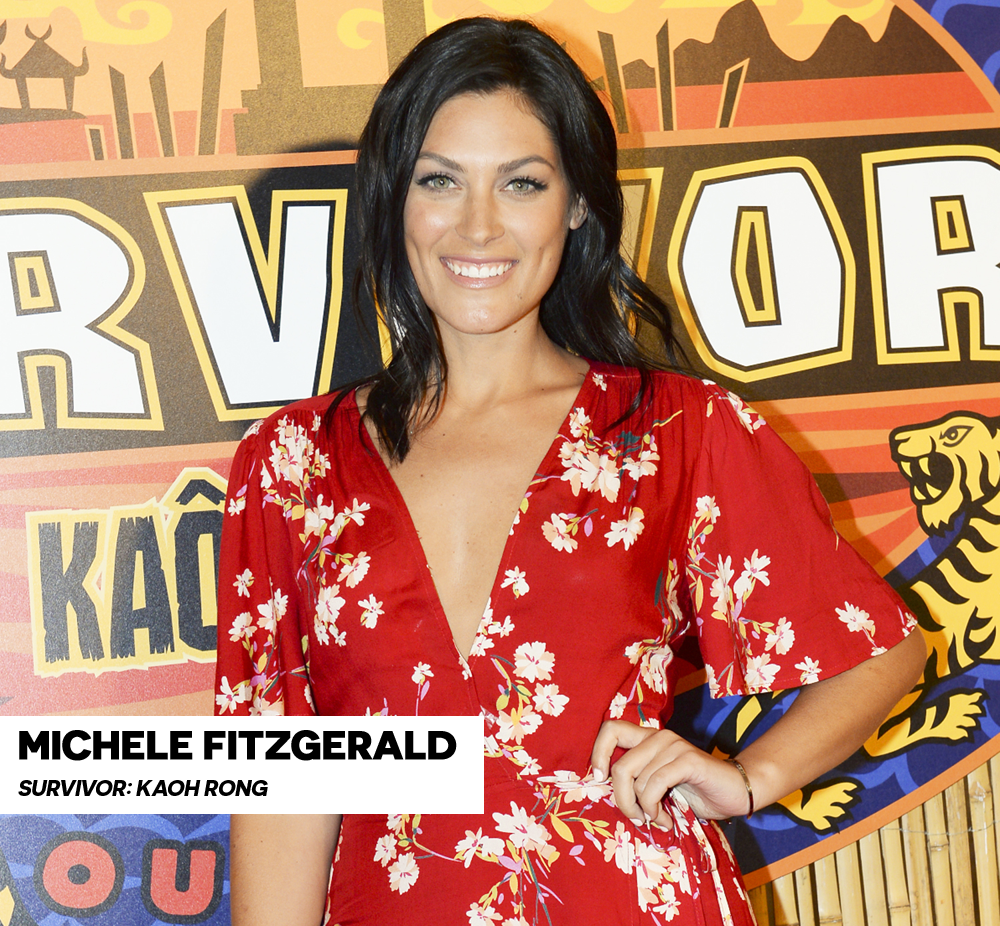 As much as Jeff Probst wants to bury his head in the sand and pretend that Michele Fitzgerald’s win never happened, the Kaoh Rong champion made sure nobody could ignore her at the season finale when she stunned in a red floral dress – perhaps taking inspiration from Randy’s aforementioned floral number. We all became Michele-truthers that night.

Will any of the Ghost Island castaways join this list next year? Tune into the season finale on CBS tomorrow night!

2 responses to “The Most Iconic Survivor Finale Show Outfits”

Former Survivors To Compete On The New Season Of Eco-Challenge