If there was an award for the biggest surprise to be in the Day 38 Club, just based on first impressions, it might have to go to Rodney Lavoie Jr. When we first met Rodney, he seemed like a stereotypical muscle-bound meathead who was too loud and abrasive to do well in the game. After the game had unfolded, however, it became apparent that what Rodney lacked in Survivor knowledge, he made up for in street smarts, and that’s what he used to get through the game. Rodney put on his hustle pants to play Survivor, and, despite all expectations, he managed to hustle his way through the game pretty darn well.

The biggest surprise with Rodney was that he managed even to get to Day 38 after a rocky start. Never afraid to speak his mind, he would often get into huge arguments with several tribe members, most notably Mike Holloway, who would go on to be Rodney’s arch-nemesis later in the game. After a while, though, Rodney was able to find some pretty solid footing, and things seemed to be going well. However, his world was rocked right before the merge when his best buddy, Joaquin Souberbielle, was voted out by the hands of Mike. Pissed off that his bromance had left the game, Rodney swore revenge against Mike, and eventually he got that chance. When Mike blew up his own game at an explosive Survivor auction, Rodney capitalized on that moment and completely vilified Mike, making everybody else dead set on voting him out.

Unfortunately for Rodney, Mike went on to do what nobody in Survivor history had been able to do, and completely beast his way through the game by winning immunity challenges. Fast forward to the Final 4 and Mike was able to get back at Rodney for all the turmoil he caused by forcing a tie and throwing him into a fire-making tiebreaker, which he ultimately lost. Rodney thought he was going to the end of the game, even with Mike going to the end as well, and thought he had a chance to win, but Mike threw one last wrench into his plans, preventing him from delivering his Final Tribal Council knock-out punch.

While it remains a mystery if Rodney could have won the game, chances are he caused too much damage with the same tool he used to advance his game: his mouth. Rodney’s cavalier attitude toward conflict continued throughout, proving himself extremely irritable to not just the people in the game, but the people watching at home. Survivor: Worlds Apart is a season known for some unlikable characters, and Rodney was placed well within that group. But for every disparaging remark that came out of his mouth, Rodney fired off a genuinely funny quip and provided moments of levity around camp with some incredibly impressive impressions. That combination of combativeness and light-heartedness combines for one polarizing personality, which there aren’t that many of in the Day 38 Club. But there Rodney stands, ready to go tip top toes with anybody who stands in his way. 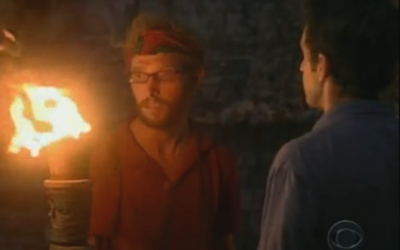 Survivor is not a nice game, as the fanbase knows, which makes it especially surprising that Rafe Judkins was able to do so well playing it. Rafe was a guy who was genuinely concerned with being nice and looking like a good man, so much so that he had real anxiety about being aligned with the “Axis of Evil” because of what that said about his character. Rafe, a big fan of the show himself, was able to navigate through the game extremely well by using his nice guy personality to form some key relationships, along with a couple of key challenge wins as well. He may not have liked the cutthroat nature of the game, but Rafe was able to execute a couple of the main blindsides that put him within reach of winning the game.

The biggest strength of Rafe’s game was how he was able to turn Stephenie LaGrossa into his personal goat. In his majority alliance, there were some loud and irritating figures, namely Jamie Newton and Judd Sergeant, who would have been great people to sit next to at the end of the game. The only problem was, those people were closer to Stephenie than they were to Rafe. So, when the time was right, Rafe carefully picked his spots to vote those guys out, axing Jamie at the Final 8 and Judd at the Final 6, slowly taking away Stephenie’s goats until Rafe was Stephenie’s best option.

The Judd boot was especially important because Danni Boatwright, the last person from the minority alliance, had won immunity that round. Since the merge, Rafe had slowly been building a strong bond with Danni, and she soon became another option Rafe could consider in the future. That relationship proved especially pivotal at the Final 4 when Rafe was faced with his biggest choice in the game: vote out either Danni or Lydia Morales, and this is where Rafe’s superfan mindset may have gotten the best of him. While Lydia had been a pretty weak challenge competitor up to that point, Rafe was worried that she could pull out a freak win in the final immunity challenge like women in her age group had done in the past. Plus, Rafe had won four individual immunity challenges himself, and probably fancied himself the favorite to win the last one, so he made the decision to vote out Lydia, thinking that he or Stephenie could beat Danni in the final challenge.

But that didn’t end up happening. Danni emerged victorious in the final immunity challenge and, exhibiting the nice guy streak he had during the whole game; Rafe relinquished Danni from the Final Two promise they had made between them, after witnessing a sobbing Stephenie who was distraught from losing herself. That act of kindness helped to seal Rafe’s fate, as Danni eventually chose to vote him out and send him off into the Day 38 Club. That moment is emblematic of Rafe’s entire game, having the right strategic instincts, but lacking a real killer instinct to make the tough calls and ultimately, it’s what cost him. 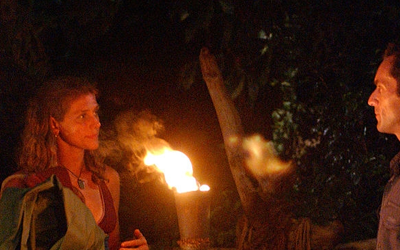 Almost every person who stepped onto the beach in Survivor: All-Stars had something to prove, and Jenna Lewis was no different. After being seen as the sweet, young girl who cried about not receiving a video message from home the first time around, Jenna was ready to show that she could game with the best of them. Over the course of the season, Jenna not only showed off her feisty side; her no-nonsense attitude caused her to take on a more villainous role during the game. While she didn’t win over many new fans her second time around, she did manage to get farther, all while showing some improved strategic chops.

Many of the returning players this season came into the game with an anti-winner agenda, but nobody was a bigger advocate of this stance than Jenna. As far as she was concerned, they had their chance. Luckily for her, there were two winners on her tribe ripe for the take-down, one, Tina Wesson, she was able to dismiss right away; the other, Ethan Zohn, managed to stick around and made for a good foil to Jenna in the early game. Jenna’s anti-winner insistence, especially against beloved winner Ethan, is what helped establish her as one of the antagonists of the season.

Her reign on her starting Saboga tribe was fleeting, as her tribe was absolved on Day 13, sending her and close ally Rupert Boneham to the Chapera tribe and into the arms of the season’s big bad, Boston Rob Mariano. Having already formed a (life-long) partnership with Amber Brkich, Jenna and Rupert hooked up with Rob and Amber immediately, forming a close alliance that would take them all the way to the Final Four. After the merge, Rob became the driving force of the action, organizing all the hits on the people in the minority alliance, but garnering all of the blame and backlash from them as well. This backlash was great news for Jenna, because as long as she could break up Rob and Amber, she had a shot at the money at the end.

That opportunity came at the final four, with the two pairs set to face each other and all the power in Jenna’s hands. Rupert, stubbornly loyal player he is, was committed to Jenna at this vote, so she had a choice: force a tie, or jump to Rob and Amber’s side to vote out Rupert. With the threat of the purple rock looming overhead, Jenna ultimately decided to side with Romber and vote out Rupert. If the tiebreaker had been revealed to be a fire making challenge, like it would be two seasons later in Survivor: Palau, then maybe this outcome would have been different, and Jenna would have forced the tie, but she shouldn’t be penalized in hindsight.

So Jenna went to the Final Three with Rob and Amber, where they promptly cut her on Day 38. By this point, Jenna had grown more irritating, whether it was sniping at Rupert for not cooking the right way or just running her mouth too much in general (a common theme across both her seasons). But despite her somewhat negative attitude towards the end, she exited the game with a smile on her face, grateful for the second chance and the opportunity to show she was more than just the mom who cried.