After weeks of being called a coward for failing to volunteer into elimination, Fessy decides to make a big move, making a deal with his ally Tori to send himself into elimination against one of his closest allies, Nelson. In a classic Challenge Hall Brawl between two of the strongest elimination competitors of the season, the larger Fessy is able to overpower Nelson, earning Fessy the Golden Skull and eliminating Nelson from the competition.

Tori’s decision to let Fessy volunteer himself isn’t just a blindside to the house, but also the viewers. Fessy’s plan is not shown in the episode until one minute before Tori makes her decision—in an editing trick which makes me assume that MTV didn’t have the money for the rights to Moby’s “Extreme Ways.”

After eliminating one of his closest allies and one of his real-life friends from the competition, Fessy continues to sow more discord into the majority alliance. This time by stealing his Big Brother ally Kaycee from his other ally Leroy, which puts Leroy with Aneesa and Amber M with Rogue Agent Mechie.

From a strategic perspective, this is probably the dumbest thing on television I’ve seen since Mawaan Rizwan attempted to fill an egg with helium on Taskmaster or Fessy’s own HOH reign in Big Brother 20. In one fell swoop, Fessy managed to piss off Leroy, Cory, Josh, Kam, Aneesa, and many of the veterans in the house, making him a huge target the first time a non-strength based elimination comes up.

The challenge this round is Drone Control and each team will need to work together to fly a drone through a cave to find a code, which they must memorize and then convert from binary. The team to insert their code the fastest wins immunity.

Prior to the rules being read, it’s announced that Liv, who broke her arm alongside Nicole in the previous challenge, has not been medically cleared to compete, making her partner, Mechie, immune and the Rogue Agent, and giving last week’s “wrestle on top of a truck challenge” a better elimination record than half of the competitors this season.

This means with an evacuation count of two, “Road Kill” gets to join The Challenge pantheon of “Challenges That Probably Should Be OSHA Violations.” It now joins the challenge on Rivals III, which gave half the female cast UTIs, the challenge on Vendettas, which sent five contestants to the hospital, and the time on Battle of the Bloodlines where production was informed 30-minutes before the challenge was supposed to start that the snakes that they intended to use were poisonous (according to a Reddit post I vaguely remember reading in 2017).

Speaking of challenges that weren’t thought out that well beforehand, “Drone Control” proves to be similarly poorly-conceptualized, but at least this time without dangerous consequences. A highlight of this challenge is TJ Lavin, whose infectious laugh fills the cave as team after team crash their drones into walls, have their drone run out of battery, and otherwise damage their drones.

Admittedly, while it’s funny to see the juxtaposition between teams talk about how much they wanted “to win” only to show no ability to control their drone, it completely removes tension from the episode. Devin and Tori are the only people to complete the challenge, winning by default— the three most beautiful words in the English language.

However, due to the cost of production probably needing to replace all of those drones, this challenge’s real winner is the Icelandic Drone Repair Industry.

With Devin and Tori becoming the Double Agents, we quickly see the strength of this format. For the first time, two people with diametrically opposed objectives are forced to make a strategic decision. Despite TJ confirming that Mechie would receive a partner after the elimination, the cast isn’t convinced that it is guaranteed to be a Men’s Elimination Day; thus, both the men and women begin to strategize.

Devin tells Tori that he intends to target Josh, both as a move generally against the Big Brother alliance and due to his propensity to get into arithmetic-equation-fueled fights with him. If Josh and Nany are voted into elimination, Devin and Tori would then throw in another Big Brother team to eliminate them.

Tori, on the other hand, attempts to target Nelson and Amber M. She believes that if it’s a Women’s Elimination Day, she could send herself in and beat Amber M in any physical comp. For the third episode in a row, a female competitor mentions in confessional that Tori is “weaker than expected,” which is as clear foreshadowing as Snape’s Pop Quiz at the start of A Very Potter Musical that something is going to go down. 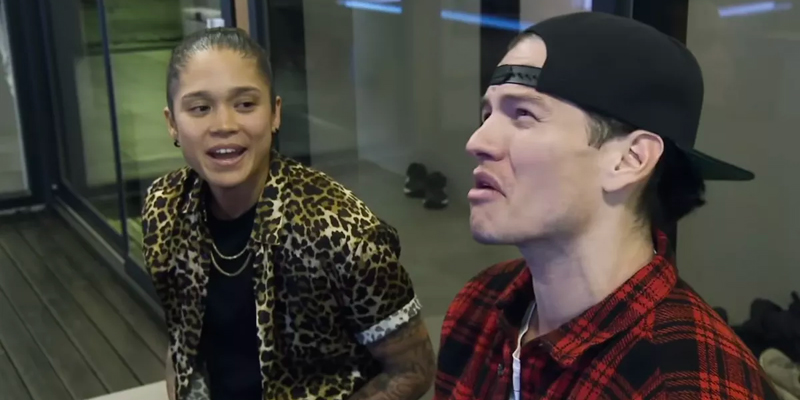 After Tori tells Josh about Devin’s plan, Josh decides to directly target Survivor‘s Jay due to his “energy,” despite Jay having been a strong ally this season. Jay then gets his first major focus of the season. He details his strategy going into this season, where he is intentionally attempting to play a more Survivor-like game, where he stays under the radar, makes social bonds, and tries to avoid being a threat.

With the three major targets clearly identified, the votes all come in, and 12 out of 23 votes cast are for Nelson and Amber M, with some of the Big Brother people joining in with rookies and others in the major alliance to send them into The Crater.

We then cut to The Crater, as the cast points out that a physical elimination is set up. Fessy asks Tori to be sent in last minute. Nelson remembers getting eliminated in this challenge last season, where he was eliminated one round before the final.

Tori and Devin then have three options on who they can send in. Tori wants to send in herself, which would either send Devin into elimination and give her a new partner or allow her to win and get a Golden Skull. Devin wants to send in Josh, who he’s been targeting for the last two rounds. Tori then asks for clarification if this is a male or female elimination round. TJ refuses to tell her, leading to Tori deciding to nominate Fessy and Aneesa for elimination, blindsiding the entire cast.

TJ then declares that this is a male elimination round, writing Nelson’s death warrant, and then signs it by confirming the cast’s suspicion that the elimination challenge is Hall Brawl.

Hall Brawl is a challenge staple where the two competitors will stand on the opposite side of a hallway and need to try to get to their opponent’s side first. It’s a pure battle of physicality where the larger guy wins, and against the 6’7 Fessy, Nelson stands absolutely no chance. Fessy quickly wins both rounds and eliminates Nelson from the house.

The episode ends with Nelson in tears. He was betrayed by one of his closest real-life friends for very little game reason. Fessy is now the biggest target in the house, and the majority alliance is struggling. Fessy declares that it was time for him “to burn the house down,” but on Episode 4 of 19, it’s time to see if Fessy’s physical size is enough for him to survive 15 episodes without a house.

This season continues its hot streak into 2021 with four relatively strong episodes in a row, as I start my 2021 by hate-binge-watching Michael McIntyre’s The Wheel.

Joseph Holopainen-Hadaway is an Australian/Finnish/Filipino (long story) business graduate, who currently lives in London despite studying a law degree in Sydney (longer story). A life-long reality-tv fan with hot takes on everything from Santas in the Barn to Beauty and the Geek Australia, he has been a superfan of The Challenge and Survivor for nearly a decade. You can follow him on @josephhadaway on Twitter or @ilosttheway on Instagram.