Sticking with the numbers is probably the number one rule in the unofficial “How to Succeed at Survivor” handbook. If someone is on the side of the numbers, they are, in theory, safe. But so frequently the numbers become the reason someone is voted out.

In this past episode of Survivor: Second Chance, Monica Padilla was in the majority, yet was voted out for trying to preserve the numbers. The larger issue at hand that was responsible for Monica’s elimination was that her numbers were not of those ultimately calling the shots in the majority alliance. Monica’s desire to “keep the female numbers strong” indicates to her alliance (which consists of two males), that her loyalty will eventually fall to the females and not her current alliance. While Monica probably thought that she was being loyal, her forward thinking instilled doubts in the minds of Jeremy, Stephen, and Kimmi.

The concept of keeping numbers together has been prevalent throughout the history of Survivor. At what stage, however, do numbers become a moot point? When does a castaway need to start thinking about the future? At some point, everyone has their numbers – or at least a sense of being safe or in danger – and the game ultimately boils down to relationships.

While many have fallen to a case of minority numbers, few have fallen when in good with majority numbers. I’d like to discuss a few instances in Survivor history in order to evaluate if the Monica boot was a good move or a sign of hard times to come. 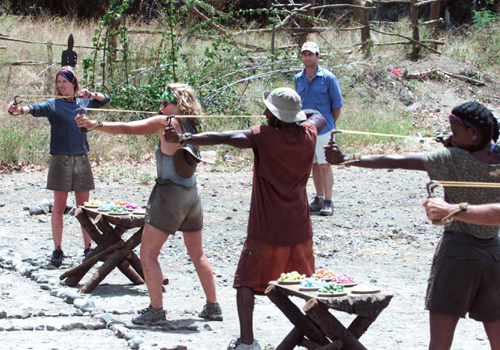 In the early days of Survivor, where camp work ethic often dictated votes, there was Survivor: Marquesas. This season was a tale of two stages, where the beginning was an incredibly tribal-loyal game, and the post-merge was the first real instance of threats being voted out. To spark your memory, the Rotu 4 (John, Tammy, Zoe, and Rob) got a little too confident and revealed the tribe pecking order during the infamous coconut chop challenge. This led to the underdogs (Vecepia, Sean, Paschal, Neleh, and Kathy) banding together. While many would list this as the most defining moment of the season (to which I completely agree); I think the most influential moment happened days prior.

Following the tribe swap, that mixed the dominant Rotu and hapless Maraamu, the new Rotu retained a 5-3 majority over the members of the old Maraamu tribe. This Rotu majority contained the aforementioned Rotu 4 and Gabriel Cade – the person of focus for this section. Gabe was known for his sense of adventure and his desire to build a primitive community rather than play the game. At the first tribal council, Rotu attended, Gabe was viewed as a wild card and was voted out. 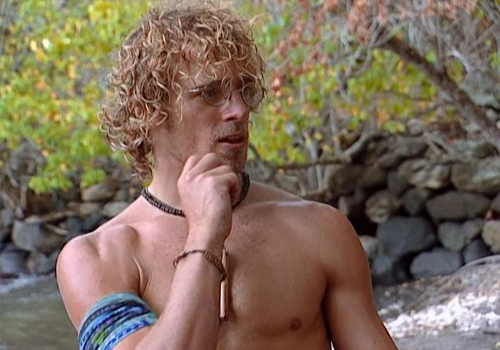 This Gabe vote had major implications on the rest of the season. If the Rotu 4 had decided to spare Gabe and vote out one of the old Maraamu members (likely Sean or Boston Rob), the rest of Survivor: Marquesas would look radically different. First, it was clear that Paschal was fond of Gabe, and his betrayal was the first signs that the Rotu 4 was an entity. If the Gabe vote doesn’t happen, Paschal remains happy until the merge, and the Rotu 4 can work more stealthily.

Next, and possibly most importantly, is that if Gabe were not voted out, the new Rotu tribe would have 5 old Rotu members and 2 old Maraamu members. If we assume Gina still gets voted off before the merge and Boston Rob goes directly after, this means that Soliantu contains an 8-1 Rotu/Maraamu breakdown at the time of the coconut chop immunity challenge. This Pagonging likely ensures that the fall of the Rotu 4 doesn’t happen and the rest of the season plays out very differently.

By taking out Gabe – maybe not a strong number, but an eventual number nevertheless – the entirety of Survivor history changes.

While Jeremy, Stephen, and Kimmi feel safe in the decision to vote out Monica, this example of Survivor history would indicate otherwise. By voting out Monica, Bayon has left both Spencer and Wiglesworth in the game and with the ability to make a move to save their own skin. The Bayon 3 chose not to let Spencer or Wiglesworth in on the plan – a move that could potentially alienate them enough to flip to another alliance. Jeremy, Stephen, and Kimmi are in the majority for now, but how long will that last?

The members of the old Bayon tribe that are currently sitting on Angkor and Ta Keo are left with a lot of questions after the Monica vote. Even though there was a clear numbers advantage between Bayon and Ta Keo on the new Bayon tribe, the first member of old Bayon went home. Effectively, Jeremy, Stephen, and Kimmi have turned on their own; a move that could present negative implications from the other members of the old Bayon. Fittingly, Stephen Fishbach even mentioned the potential negative backlash in the pre-tribal strategy discussion.

While it is still too early to definitively say whether the Monica boot is a good long-term decision, I will definitely have a close eye on how Andrew, Tasha, Ciera, Kass, and Joe react when they walk into the next challenge and hear that Monica was voted out.

Stephen Fishbach – Fishbach has slyly moved from the bottom of the old Bayon right into the pocket of Jeremy Collins. Everyone is talking about the Jeremy/Spencer bromance, but I think that the one between Jeremy/Stephen is far more prolific. Stephen can even score for the other team and remain entirely safe from heavy flack.

Jeremy Collins – Jeremy is clearly calling the shots on Bayon beach. Unlike his time in San Juan Del Sur, Jeremy is voting out those who are going to target him later. Even though Jeremy remains a very visible threat both physically and strategically, he has done a ton of legwork to get in tight with alliances, and find an idol. Right now, everyone is looking at him as someone they want to work with and not against, which bodes incredibly well for his chances.

Kimmi Kappenberg – Kimmi was quick to throw Monica’s game under the bus when it was clear that Monica had a spot for Kimmi in her game. Kimmi not only remains loyal to her group but also has made her first big strategic move of her Survivor career. Everybody is looking for someone that will be loyal to a fault and Kimmi has presented herself well as this. 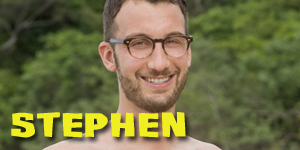 Fishbach would probably never be able to assign himself an award for his efforts, but I am impressed with how he has been playing so far this season. What pushed Stephen over the edge for this week’s Swan Award was his cognizance of how the Monica boot would impact old Bayon members on Angkor and Ta Keo. If things go south because of this vote, he can always say that he tried to convince Jeremy – putting himself in a good position. Stephen is playing a good game for the short and long-term, while also subtly building himself a decent strategic resume for the jury.