Hello world, this is a section of the internet where I give my plebeian predictions for the next episode of Survivor based on the trailers and whatever sneak previews we get for the week. After three good episodes and four boots to the Edge of Extinction, we’ll likely get one more Tribal Council before a tribe swap the following week. I’m sure that this possibility will play some part in the episode as players weigh the pros and cons of who to vote out.

The narration of the NTOS trailer begins naming “a snake in the grass” with a visual shot on Survivor superfan Adam. Jeremy proceeds to tell Michele that “Adam’s gotta go,” and Michele, in confessional, then agrees with the sentiment, saying, “Adam’s playing both sides and I’m so sick of it.” Similar to my prediction last week, I feel like the episode preview will not so overtly reveal what’s about to happen. Working backwards, then, I predict that Adam being targeted will only be a preliminary plan on his tribe, but we won’t be seeing him sent to EOE this week.

In the sneak preview of the Sele camp at night, we are given a look into what happened immediately after Episode 3’s Tribal Council, where Survivor: Africa winner, Ethan Zohn, was voted out. Having been caught playing both sides, Adam’s now on his self-admitted “apology tour” around camp. He’s lost the trust of Rob and Parvati, and he’s certainly not in control over the people who are supposedly in his alliance as well.

Backed into a corner, I feel like Adam will first fall back on working with Denise and Ben. With knowledge of Denise’s idol, I’m guessing he’ll propose to pull a blindside to take out one of the old schoolers, pitching that they should be taken out before the swap when the new schoolers now have the majority. 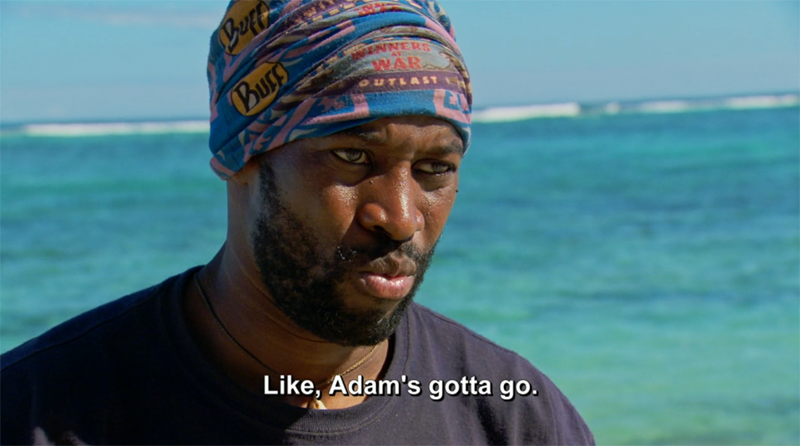 If Sele goes to Tribal again, I’m predicting the vote will be determined by the Ben/Denise/Adam trio instead of Michele and Jeremy, which we have been seeing. The decision would be whether they take another shot at Rob and Parvati, or take out either Michele or Jeremy. In this case, I think Rob will get voted out in the end, because the threat of him regaining his footing after a swap would be too great.

If Dakal goes to tribal, I feel like we’ve been building up to a Tyson vs. Sandra situation. This would fit the episode description that “veterans begin to target each other” (though we could really say everyone on the Season 40 cast is a veteran). In the NTOS trailer, Tyson tells Tony and Sandra privately that “they want the people with connections gone,” as the camera flashes to a shot of Nick and Yul at their camp’s shelter. 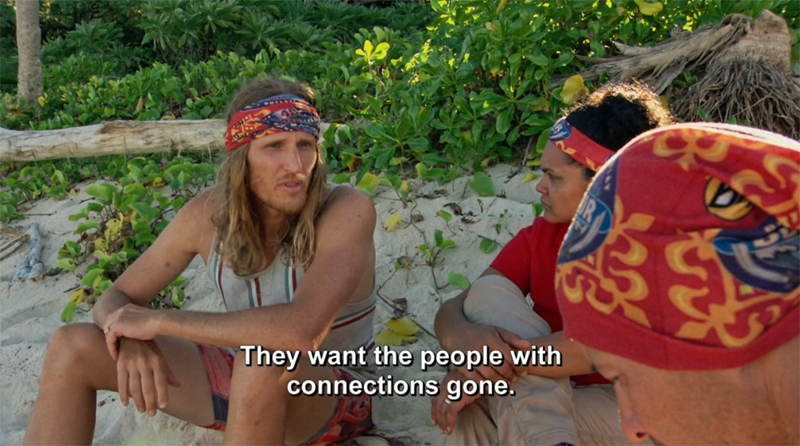 The dynamics on Dakal that we’ve seen so far definitely features the one-timers group consisting of Nick, Yul, Sophie, and Wendell, versus a Game Changers alliance of Sarah, Tony, and Sandra. Kim and Tyson aren’t really accounted for since the second Tribal Council of the season, which placed them at the bottom. Tyson playing in the middle of the two more concrete alliances, and getting caught doing so (as seen in Episode 3’s NTOS), leads me to believe that he’ll be the eventual vote.

As for the Edge of Extinction, both trailers show players breaking down, with Ethan notably collapsing and being examined by the medical team. Midway through the pre-merge, the advantage hunts on EOE—the “grueling opportunity” referred to in Episode 4’s description—may be getting more and more complicated and intense.

With an episode title of “I Like Revenge,” I’m leaning more towards Sele, unfortunately, losing the Immunity challenge yet again, causing Parvati to seek revenge on Adam for wanting to get her out in the last Tribal Council. In that case, I’m predicting that Boston Rob takes the hit and gets sent to the Edge of Extinction, where at least he can reunite with his wife, Amber.

2 responses to “Next Time On Survivor – Episode 4”