Hello world, this is a section of the internet where I give my plebeian predictions for the next episode of Survivor based on the trailers and whatever sneak previews we get for the week. As we head into Episode 3 of Winners at War, let’s all be thankful that we’re not getting an early tribe swap this season.

In the NTOS trailer, Yul conveys to Sandra that Tyson is gunning after her. So far, it seems like Tyson sadly isn’t holding much power on the tribe, even though he voted with the majority at the first Dakal Tribal Council in the premiere episode. This seems like a strategy appealing to the tribe to make the obvious move to get rid of two-time winner Queen Sandra. Yul then appears to be stirring the pot by turning the two players on each other, so he can slide into the background—something that reminds me of Sandra’s own move in Heroes vs. Villains when she turned Russell against Coach to save herself and her beans partner, Courtney.

Nonetheless, Sandra’s safe with her hidden immunity idol that she traded with Natalie for a fire token. Nobody knows about the existence of this idol as well, making it a pretty powerful device for the next two Tribal councils she attends. Seeing this, I don’t believe Sandra will be afraid of making a move against Tyson.

However, I feel like Sandra will be spared the trouble this coming week, as I’m predicting that Dakal wins the Immunity Challenge, sending Sele to Tribal. We’ve been receiving more content building up to a Sele Tribal, in my opinion. In the sneak peek and NTOS trailers, we hear that Adam is targeting “some of the big dogs in this game,” while the visuals intercut with a shot of Parvati, then Rob. There’s certainly talks of an old school vs. new school battle that has been floating around since the premiere. 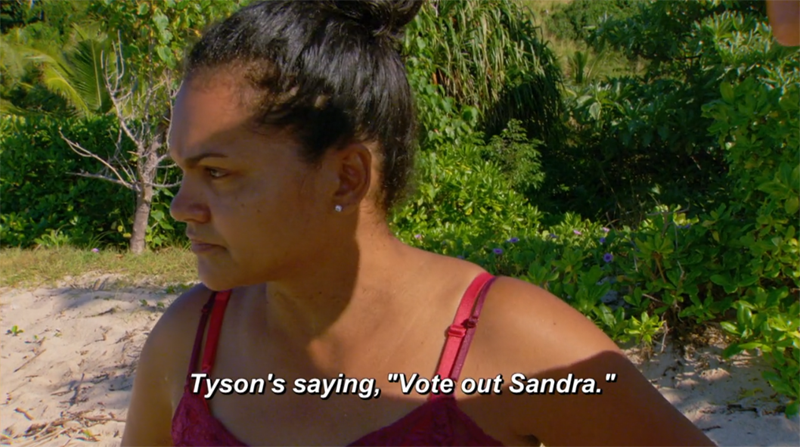 On one side, we have the old schoolers (Parvati, Ethan, Rob), and on the flip side, we have the new school players (Denise and Adam, grouped as a pair so far, Ben, Michele, and Jeremy. Although I feel like Michele and Jeremy are remaining nicely in the middle, not fully committed to either side.

In my mind, I see three possibilities. Firstly, an old school player gets targeted. At the outset, I’m thinking Rob, to cut off any possible fire token and advantage “accrual” that can be quite safely assumed because Amber is on EOE. But I feel like Ethan might get eliminated as a relatively safer bet. Secondly, a new school player could get voted out. In this case, I’m learning towards Adam—he’s certainly been prominent thus far. Although this may be pointing towards a good long game for him, I feel like it may be building up to Adam taking a shot at the “big dogs” but failing. The third possible outcome I’m seeing is, again, that Ben gets voted out for being an erratic wild card.

My prediction is heavily influenced by being suspicious of the NTOS and preview trailers, which have been dangling before us that the big threats (Rob, Parvati) will get taken out by Adam. I’m thinking that the previews won’t so straightforwardly reveal what actually happens, so I’m actually going with Adam getting voted out, failing to take the shot against the big names. Or perhaps, actually, Denise, as collateral damage being associated with Adam. 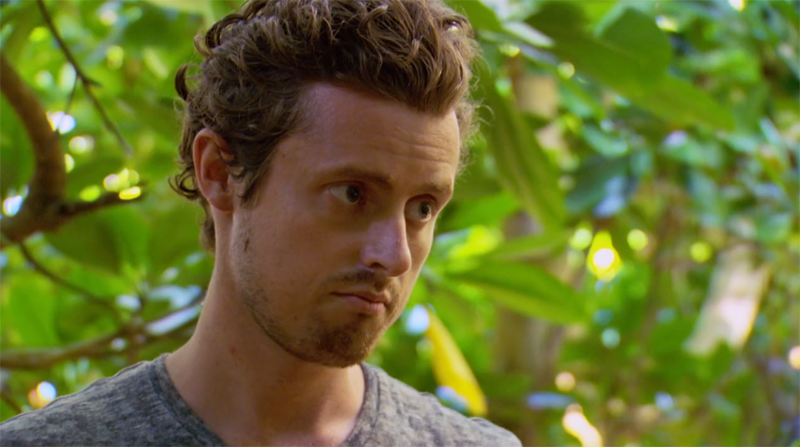 Finally, the preview trailer of Episode 3 gives us a glimpse at the Edge of Extinction, currently inhabited by three—Natalie, Amber, and Danni. Natalie relates that “Amber’s figured out something,” probably referring to a new item to find and potentially send to the main game, a Survivor trade deal across the Fijian islands. It seems that something of the sorts pops up every time a new player arrives on EOE. A few thoughts here: firstly, too many advantages. Secondly, if we were to believe the preview, this season’s set-up with the fire token trade dealing seems like it’s inciting a bit more competition on EOE than in season 38. Amber separating from the other two women hints that she’s solving the clue and going ahead to retrieve the item.

All in all, it looks like a pretty hyped and exciting episode. I’m anticipating that the climactic peak would be a shot taken against Rob, and we’ll see if the Godfather manages to survive this round.

5 responses to “Next Time On Survivor – Episode 3”