Hello world, this is a section of the internet where I give my plebeian predictions for the next episode of Survivor based on the trailers and whatever sneak previews we get for the week. We’re headed into episode 7, which is likely the last episode before the tribes merge and a player from the Edge of Extinction re-enters the main game.

The preview trailer is one of my favorites in recent memory because of the use of the split-screen approach to connect scenes together. In one panel, Jeff Probst narrates that “you have to form a trust,” while we see a shot of Ben and Adam seated together, and another shot of Denise and Kim conversing. Probst’s narration then continues with “you have to blindside people,” while we see Adam looking beyond the camera in one shot, his gaze supposedly directed at Sarah walking over in a third shot below.

Singling out the scenes of Dakal first, the preview trailer sequence of Kim and Denise makes me think that there is tension and distrust between the two. Kim is an original Dakal member that voted for Denise, an original Sele member, in the last Tribal Council. I think Kim moots to work together—she tells Denise “we need to have a plan” in the preview—as we know she doesn’t completely trust Tony (and Sandra, before), even though they were from the same starting tribe. However, I feel that Denise doesn’t trust Kim, leading to the former commenting later on that “there are big targets. And you better be watching out”.

We also have Jeremy in the NTOS trailer, saying that Tony is “the bigger threat in this game.” The comparative “biggER” used here leads me to believe that Jeremy is deciding between Tony or Kim to vote out, as I see him quite solidly aligned with Denise. Should Dakal lose the Immunity Challenge, I predict that Kim will be the next player to be voted out. 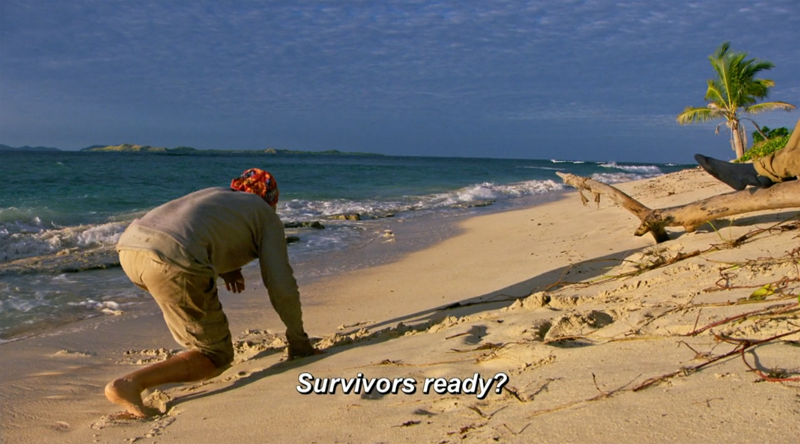 On Yara, I’m inferring from the preview trailer that Adam and Ben aren’t able to trust each other—an ongoing narrative that has been going on for a few episodes already. The trailer also hints at Adam plotting to blindside Sarah, a big threat because of her win on Game Changers. I predict that Adam will try to take Sarah out but ultimately fail because she’s tight with Sophie (and also Ben, it seems), and has advantages she can play to protect herself. If Yara loses Immunity, I think Adam will get voted out.

As for the Sele tribe, the preview trailer depicts Wendell and Michele alone at the beach, with Wendell saying, “we have to make this conversation very fast.” This line makes me think that Sele goes to Tribal in the upcoming episode since there wouldn’t really be a time crunch otherwise. The Michele-Wendell relationship is interesting as they haven’t seen eye to eye in the past two episodes and in the NTOS trailer. But, here, they appear to be striking an arrangement with each other before the next vote off. 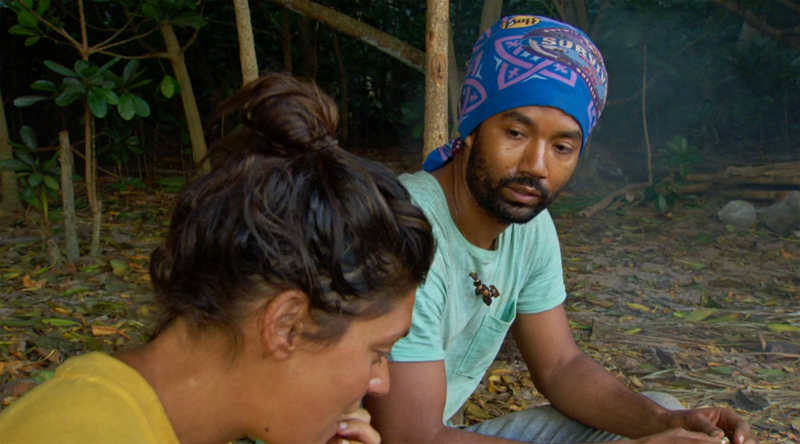 My guess is that Wendell wants to work with Michele for some fire tokens—I’m sure he knows Parvati would have bequeathed hers to Michele. However, I don’t think Michele will go along with his proposal that willingly. My wild prediction is that someone on the Edge will trade an advantage with her, and she’ll use it to take out one of the three men left with her on Sele. And in this case, I think it’s Wendell’s time to head to the Edge.

Leave a comment below with your predictions for Episode 7 of Survivor: Winners at War!

One response to “Next Time On Survivor – Episode 7”