We’re in for a 2-hour double episode treat this coming week, and as the title “The Penultimate Step of the War” suggests, it’s the second to last week of the season. Picking up from the previous episode, the game’s down to seven new school players—Denise, Tony, Jeremy, Michele, Ben, Sarah, and Nick. Two will be voted out this week, making room for the Edge of Extinction returnee during the finale episode.

The NTOS trailer previews a short clip of EOE: we hear “go Natalie!” and then see Danni and Rob rushing for something in the ocean. This looks to be one of, if not the final chance, to earn fire tokens before the re-entry challenge. I don’t think it’ll be another grueling physical task like last week, but more of following clues that’ll eventually lead to an advantage that the EOE players can barter for fire tokens. It seems here that Danni solved the clue first, heading into the water, only to have Rob chase after her from behind. Nonetheless, I’m betting on Danni getting to the advantage first. 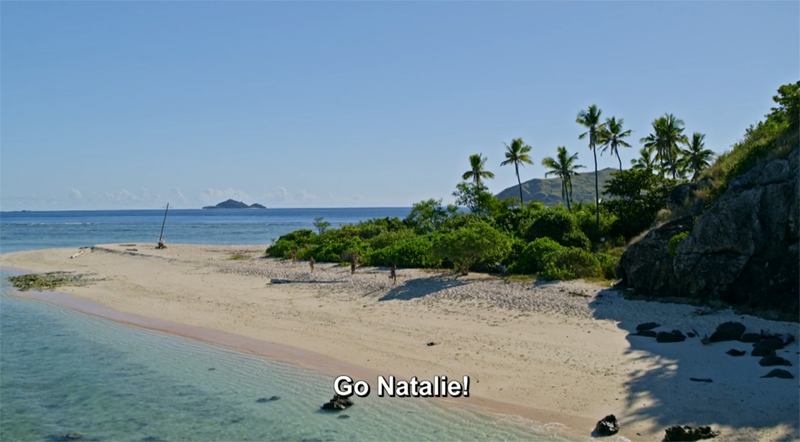 Next, let’s discuss a bit more about Michele and Jeremy. In a sneak preview of the post-Tribal Council scene at night, the former appears to be at a loss but shows her continued intention of working with Jeremy. This is realised in the NTOS trailer, in what seems to be Jeremy offering Michele a proposition. She replies, “Get Ben? I’m down” in agreement. The two have been a tightly associated pair from the start of the game, culminating in Michele giving Jeremy her 50/50 coin flip immunity advantage, which cost her a hefty four fire tokens. I predict that Jeremy’s plan here is to take out Ben with 4 votes—himself, Michele, Denise, and pulling in Tony—the supposed alliance member, who is actually acting undercover for the other side.

In another sneak preview, we are privy to a comical feud between the fireman and the policeman, wrangling about the number of days in a week. Here, Tony reveals in a confessional that he plans to keep Jeremy around, to prevent the Hyenas (the less obvious threats) from taking out the flashier threats like that of Tony, Jeremy, and Ben. In this case, I think Jeremy is pitching to Michele such a strategy, and in her best interest, she will be on board with it. 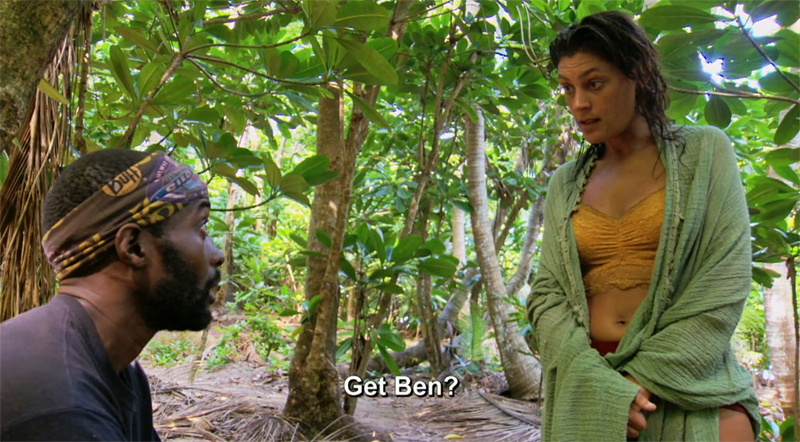 Another solid duo in the game is the Cops R Us alliance of Sarah and Tony. We saw a slight hiccup in their relationship last week immediately after Tony voted Sarah’s buddy Sophie out. However, the two cops are back working together again. In the NTOS trailer, Sarah tells Tony that “he doesn’t want to go to the end with us.” The obvious choice would be that she’s referring to Ben, who has been coming across as resistant to working with the pair, needing a lot of convincing before voting for Kim.

The “he” here could also be referring to Jeremy. All this while, we haven’t seen a strong dynamic connecting Sarah and Jeremy, so she might be convincing Tony here that Jeremy’s not the best choice to keep around. I’m leaning towards this option, making this scene one where Sarah strategises to vote Jeremy out before he can make a move against Cops R Us.

In the same sneak preview mentioned earlier, even though Tony explicitly states his intentions of keeping Jeremy around, I do think it’s a little presumptuous to take his words as scripture. He states that “Jeremy is a number for me,” which doesn’t actually indicate that he wants to work with Jeremy to get to the end per se, further implying that Jeremy is only useful to Tony provided he is on board with his voting plans. Perhaps, Sarah reveals that Jeremy isn’t really that malleable as a number in their interest in the end game. And as such, she motions for herself, Tony, Nick, and Ben (whom I feel will be more than thrilled) to get rid of Jeremy in the episode.

This weeks’ preview trailer also highlighted another pair, in a brief scene of Michele telling Nick, “let’s cause a little chaos.” My instinct is that it’s a little suspicious seeing Michele strategising with Nick without Jeremy around. This leads me to believe this scene might be happening in the second hour of the episode, perhaps after Jeremy is voted out. I feel like Michele’s target would be Tony, being an obvious threat to win the season. Of course, this is assuming Tony is vulnerable and doesn’t win immunity again. Nick must know he isn’t really in the majority controlling the vote, and will not be saved by the Ben, Sarah, Tony alliance, who seem to be running the show. I predict that these two will try to split Cops R Us up and try to blindside Tony with his idol, all while agreeing to go along with whatever Tony plans for the coming vote.

That being said, I don’t think this will be a successful attempt. The narration of “double the Tony” in the preview trailer hints of Tony’s involvement and control. There was also a shot of the spy nest, signalling that perhaps we’ll see some eavesdropping of discussions by other players. I feel like Tony will catch wind of Nick and Michele’s plan, and decide to change their strategy. I also think that Cops R Us might want to flush out the idol that Ben found last episode, though I think they’ll keep him around for a while more for the sake of numbers. It’s also worthy to note that we found out in one of Ben’s confessionals last week that he doesn’t trust Tony at all—perhaps he’ll decide to flip soon before it’s too late.

All in all, my prediction for the two boots is that Jeremy will be the next player sent to the Edge of Extinction, bested by his Big Threat Lions alliance, and Denise for the second boot. I feel like it’s only a matter of time before Denise gets eventually picked off following Kim’s elimination, having been at the bottom of the tribe for a while now.

Leave a comment below with your predictions for the second last episode of Survivor: Winners at War!