The pre-season press fun continues with the newly released Survivor Second Chance Tribe Buffs which are now available to purchase from Planet Buff. Below you can see the three tribe buffs for Season 31 (more on why they are three buffs later) below. 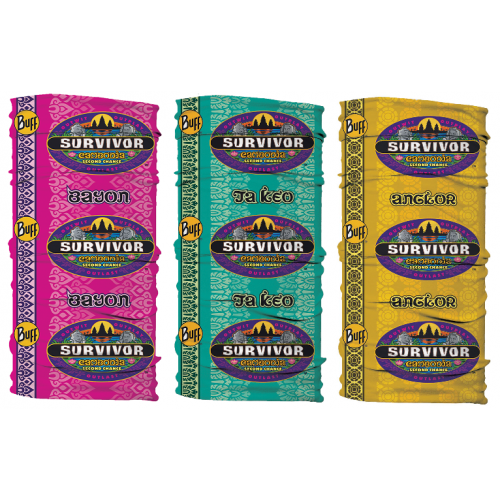 While shopping on Planet Buff if you are interested in purchasing any past season buff design alongside the new Season 31 buffs, you can SAVE 10% by using the coupon code INSIDESURVPAST.

Stay tuned to Inside Survivor and to the official CBS website for more Survivor Second Chance pre-season press.