Joe originally finished in tenth place (out of 18) in Worlds Apart, lasting 24 days in the game. In his first season he talked about his regret of not reaching the loved one’s reward and bringing his dad out to the island; he accomplished that goal in Cambodia. 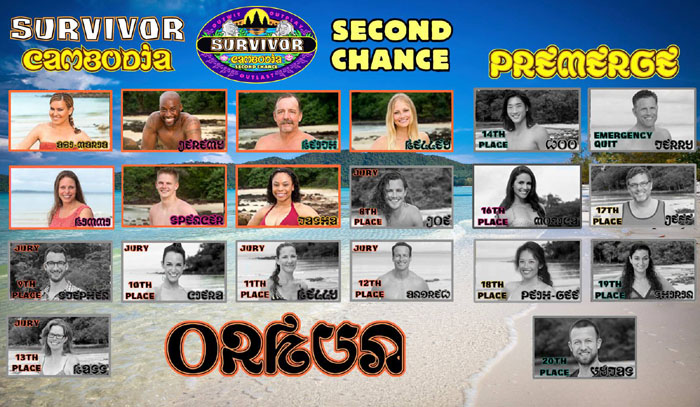