Former Survivor: Borneo contestant Kelly Wiglesworth has become the tenth castaway to be voted out of Survivor: Cambodia – Second Chance.

The 38-year-old yoga teacher was eliminated after finishing in third place in the immunity challenge. Wiglesworth was seen as been a potential jury threat due to her work ethic and social game. She received votes from Abi-Maria, Ciera, Jeremy, Kelley Wentworth, Spencer, and Stephen. Ciera received three votes from Kimmi, Tasha, and Wiglesworth. Wentworth received two votes from Keith and Joe.

Wiglesworth originally finished as runner-up (out of 16) in Borneo, lasting all 39 days in the game. Her old school approach, however, did not bring the same success in Cambodia.

In her post-tribal council, confessional Wiglesworth said that she wasn’t expecting to be voted out this early but that she believed the game had changed from the first time she played and said the others “can have at it.” 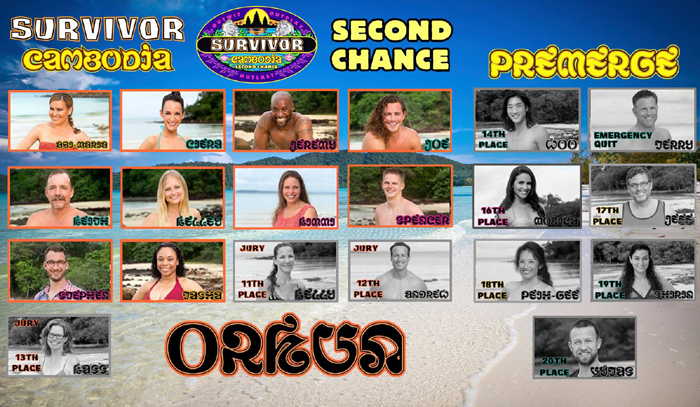