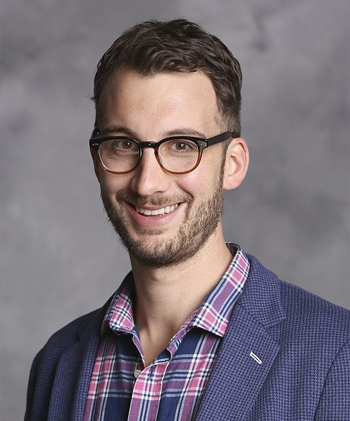 What happened in his previous season: Survivor has seen some great power duos over the years; from Colby and Tina to Rob and Amber to Earl and Yau-Man. But none of those have perhaps worked quite as in sync with each other as JT and Stephen Fishbach in Survivor: Tocantins. The unfortunate thing about playing an entire season as a power duo is that when your partner wins the season, like JT, did against Stephen, you can end up left in that person’s shadow and forgotten about.

Stephen started his original season on the Jalapao tribe. While originally self-conscious about the perception his fellow tribemates would have of him, he was reassured when crazy, older lady Sandy and the bossy Carolina made themselves early targets. At first, Stephen didn’t believe he and JT would get on; JT was the “good ole’ country boy” while Stephen was the New York nerd. But that initial reservation dissipated after a successful fishing trip where the two of them bonded.

Stephen was happy to play the “goofy best friend” if it meant he could hitch on to JT. The two quickly swore allegiance to each other to the end of the game. Stephen and JT absolutely tore through the season with impressive skill and strategic foresight. In fact, their partnership and game were so strong I dedicated an entire section to it in my in-depth Survivor Strategy: Using The Outsiders article.

Stephen also formed an early bond with Taj, and after Taj’s time spent on Exile Island with the opposing Timbira tribe’s Brendan and Sierra, he found himself in an Exile Island alliance consisting of himself, Brendan, Sierra, and Taj. This alliance allowed Stephen and Taj to find the Hidden Immunity Idol. The Exile Island alliance was supposed to be an insurance come the merge, if Stephen was in trouble he would have a contingency plan in place.

Come the merge, Jalapao were down on numbers 6-3 (after Joe had to be medically evacuated), and while Stephen and Taj hoped for their Exile Island alliance to help them out, Brendan and Sierra weren’t exactly welcoming. So instead Stephen and JT made new connections, getting in the good graces of Coach and Tyson who were more than willing to vote-off Brendan.

Stephen and JT, along with Taj, would spend the rest of the game flipping back and forth between the outsiders of the old Timbira tribe. At one Tribal Council they would vote with Coach and Tyson to take out Brendan, then they’d use Erinn and Sierra to take out Tyson, then back to Coach to remove Sierra, and back to Erinn to vote out Debbie, and so on. It was a beautiful underdog story to watch unfold, but unfortunately for Stephen, he wasn’t able to translate that into a win.

JT’s social game was impeccable, so good in fact that he won the season with a unanimous jury vote. Stephen was aware of his partner’s ridiculous social charm and convinced JT to take out Taj at the Final 4, allowing himself the option to take Erinn to the Final 2 (and vice versa). But JT was also an impressive challenge performer. JT won the Final Immunity challenge, took Stephen to the Final 2, and thoroughly trounced him at the Final Tribal Council.

What to expect from him this season: When you call yourself a “Know It All,” even self-mockingly, it is only going to cause trouble. Even though Stephen wasn’t able to win Survivor: Tocantins, he did play an impressive strategic game, and since then has become an essential part of the Survivor community. Not only does he write a weekly episodic blog about Survivor strategy for People Magazine, where he awards “Fishys” to the week’s best player, but he is the co-host of Survivor Know It Alls with podcast extraordinaire and former two-time Survivor player Rob Cesternino. Everybody on this upcoming Second Chance season has had the opportunity to watch each other play, but nobody has publicly shared their thoughts on strategy and the other players as much as Stephen has – this could paint a monumental target on Fishbach.

I expect Stephen will do everything he possibly can to minimize that target and come across non-threatening. He played the “goofy best friend” in Tocantins, and I wouldn’t be surprised to see him attempt something similar here. But on a season of returnees, it won’t be so easy for Stephen to brush off his knowledge and strategic potential.

On the flip side, Stephen could use his RHAP (Rob Has A Podcast/Planet) connections to get himself into a tight alliance. If on a tribe with the likes of Kelley Wentworth, Shirin, Spencer, and maybe even someone like Vytas, then Stephen has a chance to build a solid foundation from which he can work from. However, I don’t think Stephen will get that lucky.

Unlike other players who may have pre-gamed on the down-low, Stephen’s connections are much more out there in the public arena, and the producers may intentionally place Stephen on a tribe away from the likes of Spencer. But Stephen had worked from an underdog position before and proved more than capable of making it to the end. Last time he had a partner to rely on if he can find that one person to trust this season then there is no reason why Stephen couldn’t pull off something just as spectacular as in Tocantins, but hopefully with a $1 million cheque at the end of this one.

Prediction: Coming into this Second Chance season, Stephen is either going to be a big early target or a vital part of a majority alliance. I don’t think there is an in between for Stephen. As much as he may want to come in and play down his credentials, there is no way anyone else is going to let him do that. Stephen will have to create his own path and not leave things up to fate, and this means building bonds early. Stephen has the social ability to do that – after all, he learned from the best. But that “Know It All” tag is going to be hard to shake, and I imagine that there will be many people on this cast wanting to vote him out just so they can hold up their vote at Tribal Council and say to the camera “Does this mean I win the Fishy?”.

The best hope for Stephen is to hold on until a potential pre-merge tribe switch where he could meet up with his real life Survivor friends. Inside Survivor predicts that Stephen will try his damned hardest out there, but his target will be too big to overcome – an early pre-merge boot.

Thanks for reading our Survivor Second Chance Retrospective for Stephen Fishbach.

What do you think Stephen’s chances are next season? Leave your comments below.