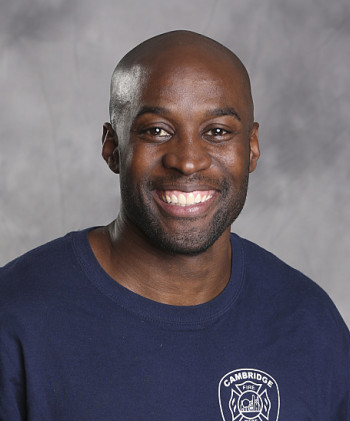 What happened in his previous season: After trying to get on the show for 10 years, Jeremy Collins was finally cast on Survivor: San Juan Del Sur along with his wife, Val. He was placed on the Hunahpu tribe, while his wife was placed on Coyopa. He volunteered to compete in the first hero duel of the season and was pitted against Val. The winner would get a reward for the tribe, and the loser was sent to Exile Island. Jeremy won, and Val was exiled, along with Jeremy’s fellow Hunahpu member Keith. Hunahpu managed to win the first three Immunity challenges, but Val was sent home at the second Coyopa Tribal Council.

Jeremy and Keith bonded over their shared profession, but in an attempt to get the target off his back, Keith lied to his tribemates and said that Jeremy found a Hidden Immunity Idol. Jeremy later got together with Natalie, whose twin sister was voted out at the first Coyopa Tribal Council. They pulled in Julie and formed a singles alliance. Hunahpu threw a challenge to oust the self-proclaimed “bad-ass” Drew, as he mistakenly thought he was in charge of their tribe. The tribes swapped, and Jeremy ended up with his allies, Julie and Natalie, but they were in the minority on new Hunahpu. Luckily, they didn’t lose any Immunity challenges up to the merge.

After the merge, two alliances formed. Jeremy was at the head of his alliance, and Josh was at the head of the other. Julie, missing her boyfriend John Rocker, and feeling outcast from the tribe, quit the game and left Jeremy’s alliance down a member. Jeremy won the following individual Immunity challenge, and Jon and Jaclyn who were left in the middle as swing votes, voted along with Jeremy’s alliance to oust Josh. His safety didn’t last long, as he was deemed too threatening and was blindsided by some of his own alliance members, becoming the second jury member. His main ally Natalie went on to the Final Tribal Council where Jeremy voted for her to win, after making an impassioned speech to the jury that she played the best game.

What to expect from him this season: Jeremy is a player that is very game focused and on his original season that made him stand out and appear a threat. On Survivor Second Chance, Jeremy will be amongst a lot of other hardcore gamers and therefore should be on a level playing field and not be able to blame his downfall on his competition being “so dumb”. He is a very good challenge performer, and a natural leader so could be very beneficial to his tribe pre-merge. He also showed in San Juan Del Sur that he is loyal to his alliance. In a season with many other challenge threats and leaders, such as Savage and Terry, I would hope that Jeremy will know when to back down and let other people take the fall before him. The problem with Jeremy, I think he can be quite a stubborn player and has a tendency only to see things from his perspective. You need to be able to put yourself in the shoes of the other players, and if Jeremy is unable or unwilling to do that, then I could see that hurting his game.

He has potential allies in his former cast members Keith and Kelley; although he did repeatedly call Keith dumb and not a good player post-show, so who knows if Keith is willing to work with him this time around. Jeremy has also become involved a lot with the Survivor community, making numerous appearances on RHAP (Rob Has A Podcast) and even finishing in the top three for Mr. Survivor. These connections could give him potential allies in the likes of Shirin, Spencer, and Stephen. I think for Jeremy to do well he needs to show off his fun personality and humor, like how he is on his podcast appearances. If Jeremy is his natural self, he should be able to create bonds right off the bat. However, I expect that Jeremy may be out to right his wrongs from his first season, and that could lead to coming on too strong too early and over-strategizing.

Prediction: He should do very well on his tribe, and hopefully will be able to form a solid alliance. His challenge prowess and leadership skills should keep him safe for the early portion of the game. Once the merge nears, that is when he will become a target due to his challenge performance and strategic ability. Unless he’s in an alliance that he can fully trust, he’ll be out as soon as he doesn’t have Immunity, or perhaps even earlier if his tribe doesn’t want to face him in the individual portion of the game. On the right tribe with the right allies, he has a chance of making a decent run, but I think his challenge and strategic prowess will be too threatening to the other players. If the season merges at 12, Inside Survivor predicts that Jeremy will just scrape into the merge, but he will be a very early jury member.