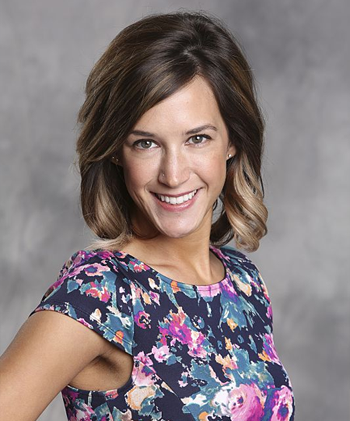 What happened in her previous season: Ciera Eastin came into Blood vs. Water with her mother, Laura Morett from Survivor: Samoa. Ciera was placed on the Tadhana tribe with the other loved ones, and was immediately a target due to her poor challenge performances and being in the minority against the all-male alliance. The tribe lost the first four Immunity challenges in a row. Tadhana voted out two girls first; leaving Ciera and Katie with their backs against the wall. The girls knew that they were on the outs, but they escaped being voted out because of the men no longer trusting John. Ciera was on the chopping block at the following Tribal Council, but thanks to Caleb a tie-vote was forced, and Brad was voted out on the re-vote. At the tribe swap, Ciera ended up as the only woman on a tribe full of men. New Tadhana won the two post-swap challenges; leaving Ciera safe for the time being.

At the merge, Ciera’s mom Laura earned her way back into the game from Redemption Island, and they were able to get back together and form an alliance with the remaining singles to counter the dominant pairs that were still left in the game. They successfully voted out Aras, Vytas, and Tina. At the following Tribal Council, Ciera had to make a tough decision – whether to side with her mom or vote her out. Ciera decided to vote out her mom to prevent them both being seen as targets due to them being the only remaining pair left in the game.

She then stuck with Monica, Gervase, and Tyson, and voted out her former tribe member, Caleb. Hayden and Ciera attempted to get Monica on their side to get rid of Tyson (who was seen as the biggest threat) by fabricating information that Tyson was badmouthing her and was only dragging her along as an extra vote. Monica ultimately sided with her alliance of Gervase and Tyson, and at the final six Tribal Council, Hayden made it clear to Ciera that she was at the bottom of that alliance of four. Ciera decided to risk her game to draw rocks when the votes were tied. Unfortunately, her ally Katie was eliminated.

Ciera won the next Immunity challenge; saving her for that night’s Tribal, and Hayden was voted out. Tina won her way back into the game and aligned with Ciera. Tina received a clue to the Hidden Immunity Idol and shared it with Ciera, and both women feverishly searched for it – unknown to them that Tyson had found it days before. Ciera was voted out in 5th place as she was seen to be a bigger threat to the majority alliance than Tina was. Ciera voted for Tyson to win as she thought he had played the best game of the final three.

What to expect from her this season: Ciera is going to come into the game with a big target on her back. She was fairly under the radar in the early portion of Blood vs. Water, but she became a prominent character in the latter half of the season and proved herself to be a scrappy, never-say-die player that was willing to take big risks. She’s shown that she will vote out anyone to win, and is capable of thinking strategically. I expect that many of the Second Chance cast will be afraid of Ciera; which is quite amusing when you consider she is this tiny, cute girl, but it’s also a huge compliment that she is feared as a player.

In an all returnee season full of strategists people will want to play against those they can predict; if Ciera proved anything in her first season, it is that she is unpredictable. That doesn’t bode well for her this time around; it will be a reputation that is hard to shake.

Ciera will need to make allies fast. She won’t have her mom, this time, to align with; which is a blessing and a curse. She is very likable, and given the right tribe, she could form a bond with other scrappy, female players like Peih Gee and Monica. Hopefully, Ciera has learned a lot from her mom, and the other returning players like Tyson, and comes into the game thinking logically and gets herself into a solid alliance without being pushy or wishy-washy. However, I expect that Ciera will be forced into scramble mode very early.

There is also this rumor of a Blood vs. Water pre-game alliance that is hanging over Ciera’s head. Apparently spawned from the mind of Brad and Monica Culpepper, this Blood vs. Water alliance was meant to be a partnership with the Survivor: One World returnees. This obviously fell apart when none of the One World contenders were voted on to the season, and CBS cut people like Chelsea Meissner and Hayden Moss. Whether this had any truth to it or not, the fact is, this was a prevalent rumor that I’m sure the rest of the Second Chance cast heard about. So, the two Blood vs. Water members that did make it on, Ciera and Vytas, could be cursed with it for the entire season.

Prediction: With Ciera not being a great challenge performer, and her unpredictable style of play causing fear, she will have a tough time in the pre-merge. If she does somehow manage to get in a solid alliance early, and prove to be a valuable number, then she could make the merge, and if she reaches the merge again, then she has a good chance of getting deep into the game. Bigger threats will be taken out instead of her when it goes to the individual challenge portion of the season.

However, unless Ciera’s tribe has a lucky streak of Immunity challenge wins from the start, allowing her a chance to form relationships and alliances, I don’t see her repeating her success of Blood vs. Water. Inside Survivor predicts that Ciera will be targetted almost immediately and forced to get her scramble on, and while we believe Ciera can pull off a miracle we see her Second Chance game being short-lived; an early pre-merge boot.

Thanks for reading our Survivor Second Chance Retrospective for Ciera Eastin.

What do you think Ciera’s chances are next season? Leave your comments below.