Former Survivor: Samoa contestant Monica Padilla has become the fifth castaway to be voted out of Survivor: Cambodia – Second Chance.

The 31-year-old from California was eliminated after the Bayon tribe lost the immunity challenge and had to attend Tribal Council. The vote was seemingly a toss up between former Ta Keo members Kelly Wiglesworth and Spencer, however, after stirring up trouble with her potential “girls alliance” pitch, Monica was blindsided by her former allies. She received votes from Kimmi, Jeremy and Stephen. Wiglesworth received two votes from Monica and Spencer. And Spencer received one vote from Wiglesworth.

Monica originally finished in 7th place (out of 20) in Samoa, lasting 33 days in the game. Unfortunately, in Cambodia, she was unable to repeat that success. Monica explained in her post-Tribal Council confessional that she felt that her second chance was a bit of a disappointment. 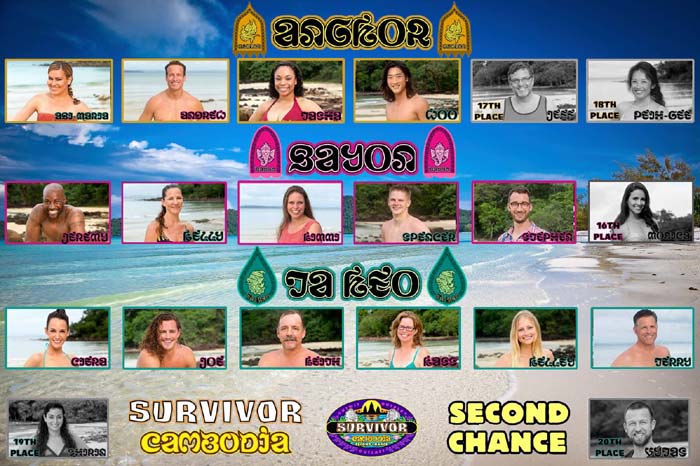