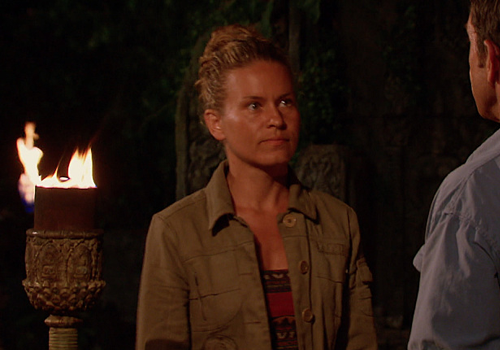 Only a short What You Didn’t See this week as most of the big events were shown in the edit and there wasn’t a lot of behind the scenes info revealed in exit interviews.

Abi-Maria Gomes had her torch snuffed in Episode 13 and became the seventh member of the jury. She was targetted by the alliance of Jeremy, Kimmi, Spencer and Tasha. As was shown in the episode, Abi was seen as a potential liability and danger to an alliance, therefore eliminated. But what else contributed to her elimination?

The episode showed that the plan was for Jeremy, Kimmi, and Tasha to vote Abi and for Abi, Keith and Wentworth to vote Tasha. Spencer was set up as the potential swing. However, Abi ended up voting for Keith at tribal council. Why?

In her exit interviews, Abi has said that she thought the plan was to vote out Keith and that she was doing this to keep the women’s numbers up. For example, this is what she said in her interview with SheKnows: “I thought that we were going to manage in getting Keith out and keep the women strong. That’s what I was trying to do by getting rid of the guys.”

However, this is not entirely accurate. Abi did indeed believe that Keith was the target – as we saw in the episode, she was present at camp when Jeremy, Kimmi, and Tasha were discussing the idea of voting out Keith at the next tribal council. But Abi wasn’t voting out Keith because of a women’s alliance otherwise, why didn’t she tell Kelley Wentworth? As we saw in the episode, Wentworth was clearly confused by the Keith vote. The reason Abi voted for Keith was that Jeremy and Tasha convinced her that that was who the majority were voting for. 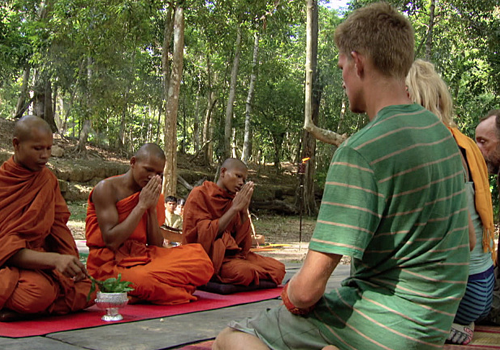 In the episode, Keith won the reward challenge and chose Spencer and Wentworth to join him. The reward took place at the temples of Siem Reap. In an interview with Dalton Ross for Entertainment Weekly, Jeff Probst spoke a little about the logistics of putting this reward together.

He explained that “It took weeks of negotiating with the government to get permission to shoot there and to do a fly over in our chopper.” That isn’t usually allowed within the temple grounds. Siem Reap is not close by to Koh Rong island where Survivor was filmed. It takes over an hour to get from Koh Rong to Siem Reap by plane. Keith, Spencer, and Wentworth were taken there and back by the Survivor helicopter, and it took about an hour and thirty minutes each way.