Takali tribe member Jessica “Figgy” Figueroa has become the sixth castaway to be voted out of Survivor: Millennials vs. Gen X.

The 23-year-old bartender from Nashville, TN was eliminated after the Takali tribe came up short in the latest immunity challenge. Earlier in the episode, Figgy had come clean to tribemates Jessica and Ken about her romantic relationship with Taylor, despite it being blatantly obvious to everyone. She felt comfortable that she had the majority numbers with herself, Taylor and Adam and after the challenge decided to target Ken.

However, Adam found himself in the swing vote position and ultimately chose to vote with former Gen Xers Jessica and Ken, sending Figgy out of the game 3-2 and leaving an unhappy Taylor still in the game. 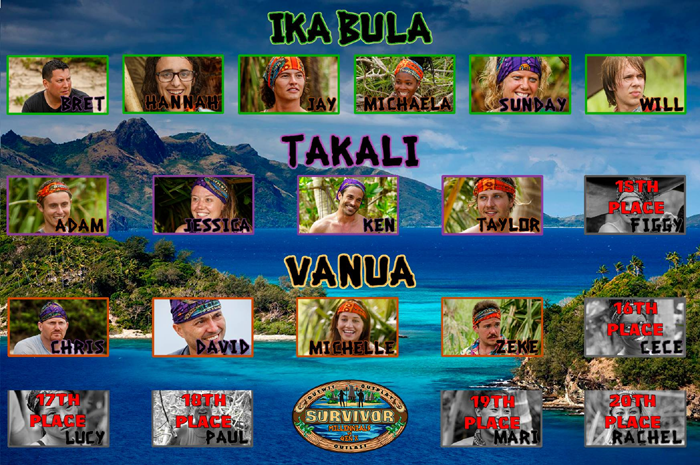