Millennials tribe member Mari Takahashi has become the second castaway to be voted out of Survivor: Millennials vs. Gen X.

The 31-year-old professional video game player from Los Angeles, California was eliminated after the Millennials lost a closely fought immunity challenge against the Gen X tribe. Initially, all eyes were on Figgy due to her out-in-the-open showmance with tribemate Taylor, and she seemed to be the obvious target. However, when Jay told his alliance mate Michelle of this news, Michelle set about changing the plan, bringing on board Will and telling Jay to get Figgy and Michaela to talk out their problems.

At tribal council, the focus was still on Figgy and Taylor and their showmance, while Michelle whispered to Hannah to vote for Mari. After much deliberation, Hannah eventually voted Mari with the majority and Mari was voted out 7-3. 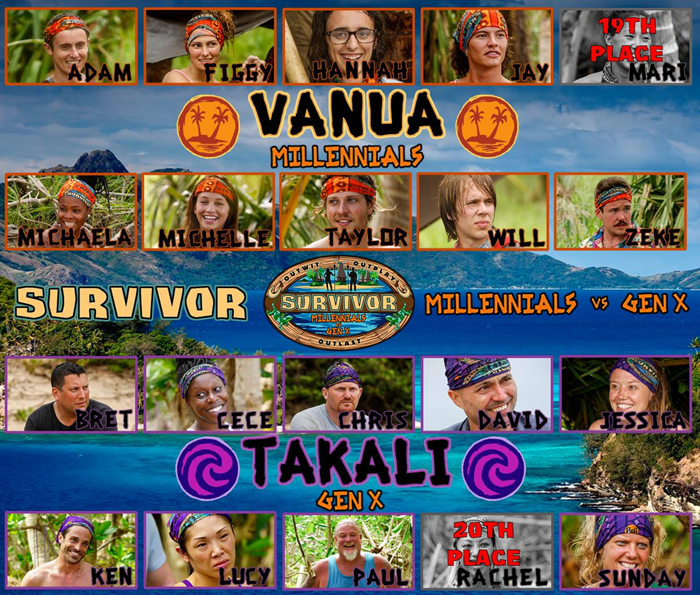