Vanua tribe member Ciandre “CeCe” Taylor has become the fifth castaway to be voted out of Survivor: Millennials vs. Gen X.

The 39-year-old insurance adjuster from Granada Hills, California was eliminated from the newly formed Vanua tribe. This episode saw the former Millennials and Gen X tribes swap from two tribes to three: Vanua, Takali, and the brand new Ika Bula. Given that the Ika Bula tribe would have to start from scratch building shelter on a new beach, that tribe was allowed six members compared to the five members of Vanua and Takali.

CeCe ended up on a tribe with her former Gen X tribemates Chris and David, as well as former Millennials Michelle and Zeke. Even though the Gen Xers had the numbers advantage, Chris bonded with Zeke and decided that he wanted to target CeCe, who had performed badly in the immunity challenge. While David considered using his newly found idol on CeCe, he eventually stuck by Chris, Michelle, and Zeke and voted out Cece 4-1. 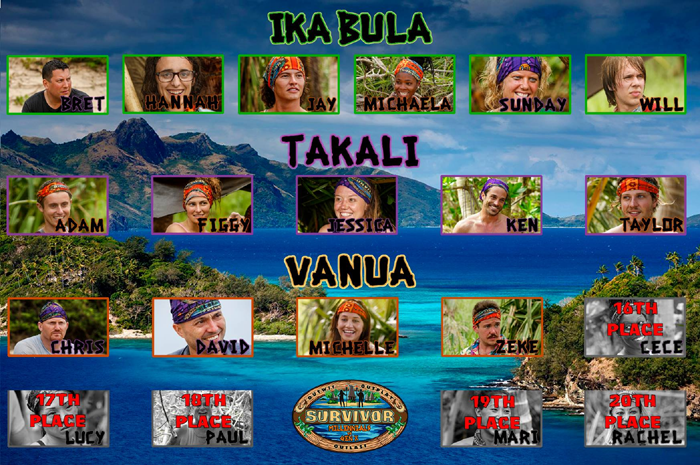