In case you missed it, there were TWO hours of Survivor last week, which were two action-packed episodes of solid strategy and gameplay. The good news about this, of course, is that casuals could not have cared less. Again, casuals sounded off about their favorite thing – How hot Ken is. Luckily, there were a few gems hidden away in this mess.

Brett Rock and the Sundance Kid? Also, it was a two tribals in 2 episodes.

Hey Marketing Guys, listen up! I’m sure the rest of the 7 billion people of the world are just boycotting Survivor because of their stance on fafaru.

I’d make fun of this, but this casual’s repetitive idea for a first boot season probably would land in the same place as my casting videos – nowhere important.

Comments like this are so random that I can’t even make fun of them…congrats?

Oh, where to begin…
It’s not a new rule.
Your memory sucks.
CAPS LOCK ONLY MAKES ME THINK YOU ARE AN IDIOT…AND SCREAMING.

God, if you love me, please make sure that Ken does get voted out so I can watch most of America die of a broken heart.

Except for that no one actually knows Ken has it and I doubt he’d tell anyone. I mean, come on, it’s Ken, not Adam.

No, you stop it! Again, it’s a week after the show aired. That’s on you, bro.

Well, that escalated quickly. Somewhat related, Paul was the reincarnation of Judas Priest.

Kids, this is how rumors get started.

This wasn’t the only person to think this. Apparently, you have to come out in the first episode in order to actually be gay.

Remember when I talked about breaking America’s heart. This would be worse…much worse. All of the 40+ year-old housewives (my comedic fodder) wouldn’t know how to respond.

Told you. Seriously people? Heaven forbid someone Kelly Remington’s their way through the game and their sexuality doesn’t matter at all (although in Kelly’s case I guess nothing about her mattered at all to the editors). 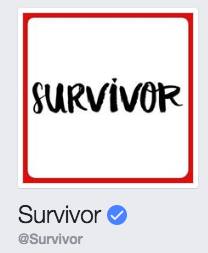 Did your Photoshop subscription run out and you had to revert back to MS Paint? Get it together, guys.

I, for one, look forward to Survivor’s final season, which pits Jessica Lewis, Katie Collins, and Pappy against each other in a 39-day battle royale.

Except, you know, for the part where you can’t win a million dollars and have to live with Taylor.

So unintentionally punny, and I love it.

And now, drumroll, please. The best comment of the week:

Clearly, they aren’t talking about Tammy Leitner, because I see her on the news and she looks she’s got her life together. Unless, you’re talking about the other Tammy.

World, I need to know which Tammy we’re talking about here: Tammy 1 or Tammy 2. This is arguably the most important question I will ever ask. Tammy 2 would easily give me fodder for this article, but Tammy 1 would scare me so much I’d never write it again. Then again, either of those Tammy’s on meth would be a sight to see. 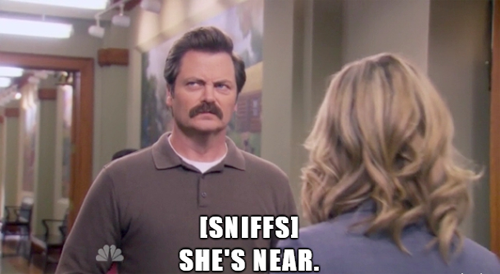