Julia Sokolowski has become the twelfth castaway to be eliminated from Survivor: Kaôh Rōng – Brains vs. Beauty vs. Brawn.

The 19-year-old student from Boston, MA was voted out by the majority alliance after being deemed a bigger threat than outsider Jason. Despite coming up with a counter plan to blindside Tai, potentially using the votes of Cydney and Michele, the majority stuck together and voted out Julia in a 5-2 vote. 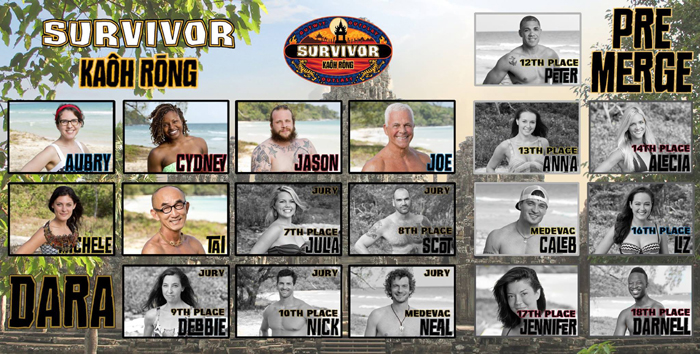