At the last Tribal Council, there were seven votes for Karishma. If it wasn’t obvious and established enough, Karishma is the outcast individual on the tribe, a proverbial sitting duck. After negating those votes with the Hidden Immunity Idol she found at camp, I think the tribe won’t overlook Karishma’s abilities as much anymore. While they may continue to underestimate her social game and strategy, they would think twice before assuming she doesn’t have an advantage up her sleeve/trusty armpit.

Unfortunately for the 37-year-old lawyer, I feel like this would just give tribe Lumuwaku more impetus to get rid of her, and I doubt she’d be able to find another idol so soon. On top of this, Elizabeth was voted out, and it did seem that she was one of the only people open to strategising with Karishma (probably due to the former’s lack of solid alliances, post-double Tribal episode). It’ll definitely be tough for Karishma to proceed without an alliance.

Let’s get to the preview trailers for Episode 12. The NTOS opens with a private conversation between Noura, Elaine, and Karishma, followed by a meme-worthy explosion by Karishma, “that’s exactly what we wanted.” Though I think these two sequences were spliced together in editing, it sure suggests Karishma is delivering a pitch to Elaine and Noura.

Unfortunately, again, I feel like Noura isn’t one to work with Karishma, evidenced by her many comments about her camp life over the weeks. As for Elaine, I feel like she’s very much tight with Tommy at this point. I don’t see Karishma having much success with the two women. A wild guess here: I’m thinking “what we wanted”—according to Karishma—is to get Dean out of the game, running a female alliance. I just don’t believe that anyone else is really on board with the plan now. 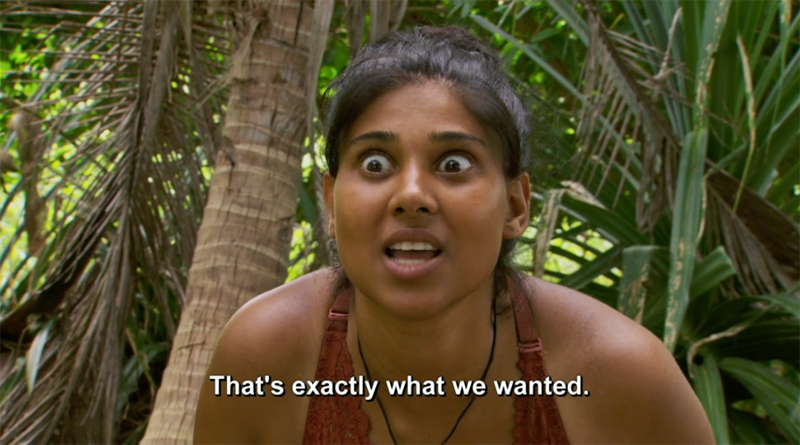 Next, the preview introduces Noura telling Dean and Elaine that “I am honest and loyal to a fault,” only to be met with incredulous looks and immediately undercut by Elaine in a confessional stating that she’s “such a froot loop.” It appears as if Noura got caught in a fib and is defending herself. Here, I’m guessing it might be because Noura was seen entertaining Karishma, to the suspicion of the other two.

At this point, I understand the tribe as a huge alliance of Lauren, Tommy, Elaine, Janet, Dan, and Dean, with Noura tagging along, possibly viewed as an easy number and goat for the endgame. In this alliance, it seems to me that Lauren, Tommy, and Elaine are tight, with Janet, Dan, and Dean at the bottom. If there’s any pitch to be made, I can see Noura lapping up an idea to separate the two or three at the top—and perhaps, this was the idea proposed by Karishma in the previous scene. 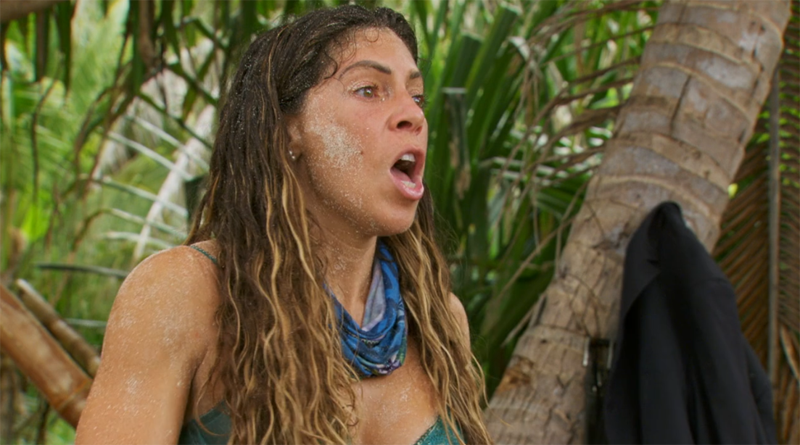 And of course, to round up the preview of Episode 12, there’s the family visit challenge reward as well. I’ve never been much of a fan, but I do enjoy the events that follow when the winner has to pick who to bring along for this special reward. I feel like this cast has proven to know Survivor well and will be savvy enough to not overtly pick their core alliance (well, except Noura. Noura does what Noura feels). I won’t be surprised if the challenge winner chooses Karishma to go on the reward, to use her as a number moving forward.

At this juncture of the game, I feel like we’ve been hearing a similar story for a prolonged time now—the Lauren and Tommy pair, Karishma on the outs, Noura playing on the periphery of the core—and I think we’ll continue seeing this play out next week as well. I’m hoping we get to see more content from Janet and Dean, to better understand their position in the final 8. For my boot predictions, I’m guessing (and really hoping) that Dan will be going home, but it wouldn’t be the “very simple plan” alluded to in the episode title.

One response to “Next Time On Survivor – Episode 12”