Hey guys, it’s time for this week’s Next Time on Survivor. Before I jump into looking at the previews for this week, I wanted to check out the outcome of the predictions I made for the previous episode.

Here we are on the last episode before the season finale and it’s seemed like this season has flown by. It definitely had a slow and boring start, but it has picked up and become exciting to watch in the home stretch. It’s fun to actually see a group of people really playing the game.

Last week there were a lot of fans who thought it was going to be Ben’s week to go since he betrayed Chrissy, but I couldn’t agree with the crowd. Honestly, there was no point to his fake immunity idol from what we saw on TV. He decided not to mess with Chrissy and not plant the fake idol for her to find. Wouldn’t it be a slap in the face if Chrissy planted her useless idol for someone else to find?

When it came down to predicting who would win immunity, I feel like I’ve said Devon had a shot to win every week – and he came extremely close last week, but he had to go and give it up for a shoulder massage!

I didn’t see Lauren going home last week. I felt like she was playing a good game, but all it takes is one (big) mistake to bring everything crashing down.

Snuffing Out The Competition

We’re 13 episodes in, and I think we have to admit that even though Ben may come off as a jerk sometimes, he is playing this game well. He’s become the “Survivor Devil.” After last week, Ben knows he is basically doomed going into the next tribal, but something tells me they won’t get rid of him this week either. Similar to the preview aired a few weeks back of Cole passing out, the entire preview is focused on Ben being the target. The preview would be a little too obvious if he were to go home now.

Checking out the ‘Next Time’ preview shown after the last episode, Ben is going around asking if he’s still the target – which is an obvious yes. But soon after that scene, Chrissy begins to call the shots on wanting Ashley out. What made the target change? Did Ben win immunity or find an idol? Also, why is Chrissy calling the shots? Did she manage to win immunity over Ben? 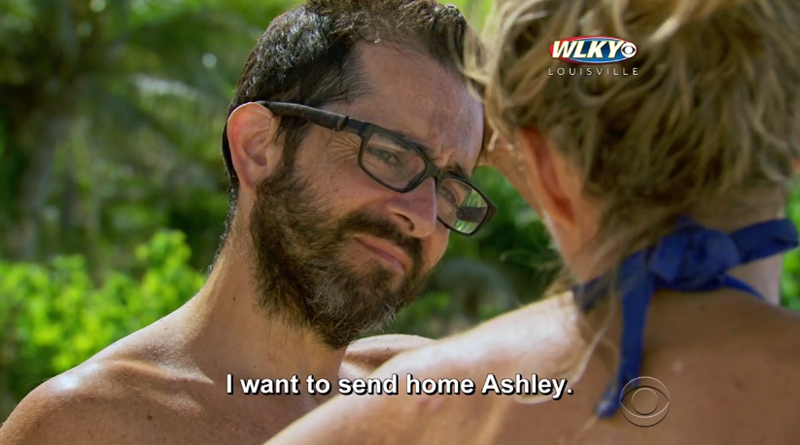 Since the merge, it seems like the tide is constantly turning from one alliance to the other for who is on top calling the shots, but in a way, the tide isn’t turning at all, because Ben decides who is going home every time.

Going into this next episode, let’s not forget that all idols and advantages have been played or (in Lauren’s case) wasted. With the number of idols and advantages being found this season, I won’t be surprised if there is another that gets put into the game. The remaining players are self-aware and know the game enough to know that once an idol gets played, another gets hidden.

I know this ‘Next Time’ segment may seem all about Ben, but let’s be honest… this has been Ben’s game to lose. I was never a fan of Lauren as much as most people were, but I have to admit she did spice up the game a bit. But ultimately Ben got the last laugh. 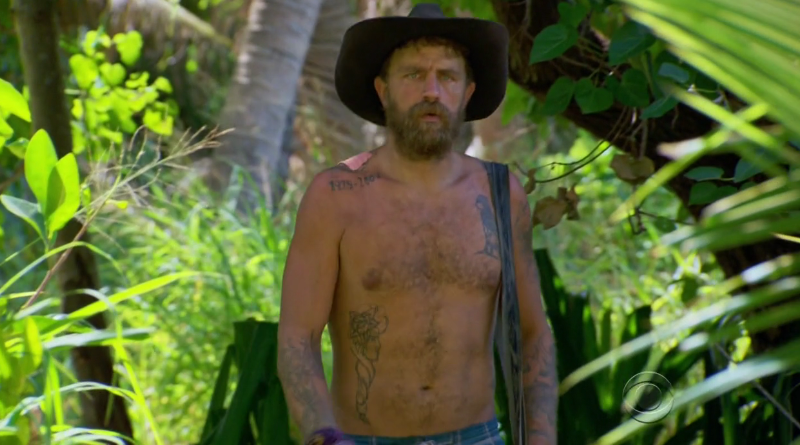 Who will win immunity?

My heart is telling me Ben… because I’ve been rooting for him to win since the beginning. Why would they name Ashley as a target if Ben was a free agent with no immunity? My head is telling me Chrissy. Chrissy may be the mom of the season, but she opened a can of whoop-ass and has shown to outplay a lot of people in these challenges.

Starting out this episode, I don’t see it jumping straight into “we all just voted unanimously for Ben last night, so let’s switch the vote to Ashley this time.” Ashley’s name will be brought up later in the episode, meaning probably after the immunity challenge. One of two things will most likely happen, Ben will win immunity causing everyone to find another target – Ashley. Or Chrissy will win immunity and feel in control enough to want to get out the same person she named as her target last week – Ashley.

Will a clue or idol be found?

I think yes. If not this week, it will be found before the Final 5 tribal. Ben is excellent at locating idols, and I won’t be shocked if he immediately goes to look for a clue this week after seeing the votes for him last tribal.

Will an idol be played?

If one gets found, I don’t think it will be played.

Who’s on the chopping block?

The obvious – Ben and Ashley. But I have also had strong feelings that Devon’s time is running short. If Chrissy follows through with calling the shots this week, I don’t think Ben is being voted out. So this week will be the downfall of Ashley’s and Devon’s Final 2 alliance plans.

I feel like doing this every week has gotten pointless because I always list the same name. So instead I’ll list my opinion on the remaining six castaways with their best chance to win at Final 3.

Ashley’s best chance Final 3 combo – Ashley, Mike, and maybe Devon. Overall, it’s obvious she won’t win. Mike has been on the bottom, and Devon doesn’t seem like someone who will nail the final tribal speeches, so I think this is the only Final 3 situation Ashley could possibly be successful in.

Devon – Ashley, Mike, Devon. Devon’s best chances will be bringing someone with him who has been on the bottom for half of this game and someone else who is considered the “goat” of the season.

Chrissy – Ashley, Mike, and Chrissy. I think Chrissy would sweep the votes in the end with this Final 3

Ben – Ben could go with anybody and I think he would win. There may be a few bitter people, but there are also a lot of people who respect the game and the gameplay. So I think the real players will outweigh the few bitter people.

Mike – Ashley, Devon, Mike. I think Mike’s chance has passed. He may be smarter and could possibly talk better than those two, but considering he has been on the bottom for the last half of the game and misplayed his idol, the votes would go towards Devon in the end more than likely.

Ryan – Mike, Ashley, Ryan. I think Ryan would get a majority of the votes with this Final 3 as well. I think Mike may get three votes from his original Healer tribe members, but for the remaining jury members, I think they would vote Ryan.

To summarize all of that, basically, the key to win is to bring Ashley and Mike to the end.

Have a different opinion about the odds for someone to win at Final 3? Throw your thoughts at me in the comment section below.

Tillie is from Baton Rouge, Louisiana, and attended LSU-mainly because of football. She's currently earning a degree to become a Surgical Assistant while working at a casino. Tillie is an avid Survivor fan who has played ORGs as well as flown to Los Angeles to attend live finales. Her personal claim to fame is hanging out at a bar talking strategy with Kim Spradlin.

8 responses to “Next Time On Survivor – Episode 13”