Mana tribe member Caleb Reynolds has become the third castaway to be voted out of Survivor: Game Changers.

The 28-year-old former Survivor: Kaoh Rong player was eliminated from the new Mana tribe after they lost the first post-swap immunity challenge. After the tribes had swapped from two tribes to three, Caleb was joined on Mana by Brad Culpepper, Sierra Dawn-Thomas, Hali Ford, Debbie Wanner, and his former Kaoh Rong tribe mate Tai Trang. As the only original Mana members, Caleb and Hali immediately found themselves on the outs.

After losing the immunity challenge, the former Nuku members weighed the options for getting rid of Caleb or Hali. While Caleb provided strength in challenges, Brad and Sierra were worried about his friendship with Tai, and also the fact that with Debbie there was three former Kaoh Rongers together. Tai was reluctant to vote out his friend Caleb because he viewed it as a personal betrayal. At tribal council, Caleb and Hali argued their case, but in the end, the tribe voted out Caleb 5-1. Caleb voted for Hali. 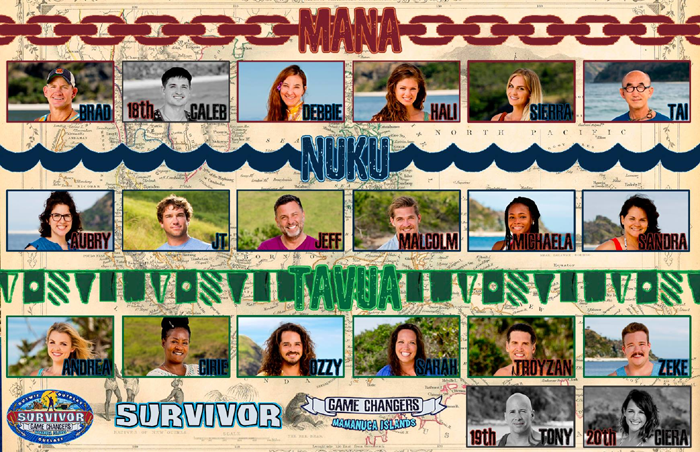