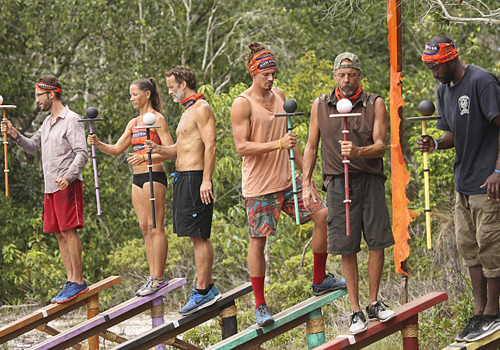 These were the predictions I made before last week’s episode. Let’s review and see if I was even close.

1. The alliances I detailed in Part 2 are going to be the basis for the gameplay of the rest of the season. (Kimmi, Stephen, Jeremy, Savage, Spencer, Kelly, Tasha and Abi vs. Kelley, Kass, Joe, Ciera, and Keith)

Verdict: I’m going to give myself a C- on this one. I called the obvious but underestimated Joe, Keith and Kelley’s willingness to move around and feel things out, and I was completely wrong about Abi.

2. The “return of Chaos Kass” will be somewhat overlooked in the coming week, maybe mildly affecting the mood around camp, but it may re-emerge as a social strategy problem in the episode after this coming one.

Verdict: Is there such a thing as an F-? I genuinely thought the preview’s “Chaos Kass is back!” was a fake out. I had no clue it was a direct view into who was going home.

3. Joe and Kelley will be on the chopping block this week. Joe has been in Stephen’s line of fire for awhile now and now that the merge has hit, I think those he is working with will be more willing to make the move. If they are still reluctant, they may target Kelley because Joe was so actively trying to protect her. I don’t think she’ll use the idol if they do at this point.

Verdict: As soon as Joe loses immunity, people are going to be aiming for him. I stand by that. Kelley is doing an amazing job, and I was totally wrong about her. But, because I was absolutely incorrect about the focus of the week, I’m giving myself a D. 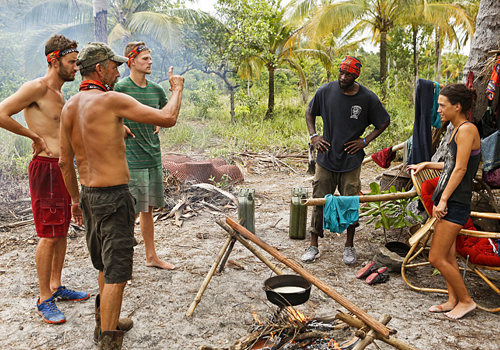 We all know Jeff Probst’s love for big moves. In his eyes, the only way to win the game is to make drastic decisions. Literally, the first thing we see and hear in the commercial preview is Probst standing at Tribal Council exclaiming, “when is someone going to make a big move.” Following is a series of clips showing a variety of players throwing the same term, “big move,” as well as “blindside” around. In fact, the “next time on… Survivor” preview at the end of the episode was basically the same thing.

“Everyone is worried about big moves,” Probst’s narration goes. Then, as faces of a variety of players flash by, he continues: “The only question is: who will strike first?”

I find myself torn about this set of previews. On one hand, we are being promised some sort of big move in the coming episode, probably targeting one of the more prominent strategic or physical players. On the other, a single shot of the commercial spot is seriously bothering me. I mentioned it earlier; it’s that one damn shot of Probst standing at Tribal saying, “when is someone going to make a big move?”

Why does this bother me so much? Probst only stands at Tribal Council after the vote. That clip alone has me questioning the entirety of the preview material.

Basically what I’m saying is: I don’t think one of the obvious “big targets” is going home.

Throughout the duration of the clips, we see Savage talk to a variety of tribe-mates from his hammock. At the beginning of the end-of-episode trailer, we see him talking with Kelly Wiglesworth with the line “I know his big move is coming,” followed by a shot of Stephen standing out by the water. In the midst of the commercial spot preview, he’s chatting with Jeremy and says, “I think we gotta let him go.” And then afterward, you see him talking to Joe about Stephen. “Stephen… he’s going to make a huge move very soon.”

Joe is aware of Stephen’s plan to vote him out, and Stephen may be in trouble because of it. In the last vote, Savage, Keith, Kelley, Kimmi, Stephen, Tasha, Jeremy, Joe, Kelly and Spencer all voted in a tangent. The previews imply a bond formation between Ciera and Stephen, as well as a more tight-knit Ciera and Kelley alliance. Even if Stephen, Kelley, Ciera and possibly Abi team up, that’s just not enough to turn things around assuming the rest of the tribe still continues working as it has. They would need at least three more people. Kimmi could be a possibility, Keith might be able to be swayed, but I’m not sure who else would move at this point. 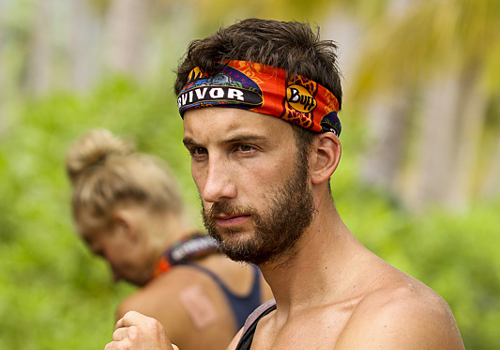 Unfortunately for Stephen, his drive to take out Joe seems to be the exact thing that’s coming back to bite him in the ass. Hypothetically, this could be why we’ve gotten so many early emotional moments out of Stephen between his tearful confessional and his poetry recitation; he won’t get the chance to have them later.

The matter of the fact is, I see neither the previews nor the previous episode, pointing towards anything else. The last episode was rather Kass-centric without any clear indicators of who is at risk of being targeted in the next episode. Unless something crazy happens with an idol or Keith really pisses someone off, there’s only one conclusion I can find myself making.

Not a whole lot to analyze for this week, so we’ll make due with what we’ve got!

1. Ciera and Kelley are going to start working more closely, and Stephen is going to try to work with them.

2. Savage and Joe are going to campaign to take out Stephen in retaliation to his push to take out Joe.

3. Stephen will be voted out and become the second member of the jury. If not Stephen, Ciera or Abi will be in trouble for their attempts at taking out Tasha last week.

2 responses to “Next Time On… Survivor: Cambodia Episode 8”